It’s been two decades since Japanese artist Mariko Mori burst onto the New York art scene. In the years since, she has become one the most recognizable female artists from Japan, with solo shows at the Brooklyn Museum, the Royal Academy of Fine Arts, Japan Society, the MCA Chicago, and the Serpentine Gallery, among others. Her early manga-infused imagery, laden with futuristic costumes, high-tech architecture, and fringe elements of Japanese pop culture caught the attention of the International art scene, but where she started is not where she’s at today. She’s evolved, and her transition into more meditative, spiritual territory is both refreshing, and reflected in the work itself.

On Friday she will open her first show with Sean Kelly gallery, exhibiting all new work and unveiling pieces based on scientific research now reproduced on a grand scale. The large-scale sculpture works touch on human connections to nature, the mysteries of the universe, personal spirituality, and environmental awareness.

“Cyclicscape” will feature ten new sculptures in Mobius forms (an endless one-sided surface with no boundaries) that explore alternative theories of the origins of the universe. It’s a heady subject, but the works themselves—products of Ms. Mori’s imagination and extensive research on string theory and “ekpyrotic” cosmology—are elegant visualizations of otherwise abstract and daunting subjects.

Over mochi and matcha tea in her studio, Ms. Mori patiently explained the science behind the undulating and delicately glittering sculptures. (One hung on the wall above us, a greyish pink ribbon that widened and narrowed as it looped back in on itself).

“The idea of the Big Bang really made sense for everything, but after the discovery of black holes and the introduction of string theory, physicists realized that it doesn’t really make sense that we came from nothingness,” she told the Observer.

Instead, Ms. Mori bases the repeating forms in her sculptures on the theory that the universe is filled with infinite cycles of energy, and even parallel universes. The sculptures represent these ideas on the largest scale possible.

“I wanted to scale up to universe level,” she said pointing to a wide section of the hanging sculpture that abruptly narrows before widening again.

“It’s quite abstract, and while it looks as though this could be the end of the form, there’s actually no end and then it starts over again,” she said.

The works on view may play on theories of multi-universes, but only represent variations on our own. Pre-existing imagery of the theories themselves are few and far between, and Ms. Mori doesn’t look to visual examples by others, instead just relies on the science.

“From books your imagination can expand more, but when you look at a picture that’s the end, in a way,” she said.

The seamless quality of the sculptures is impressive, a combination of precision fabrication done in Madrid and made possible through Ms. Mori’s use of 3-D printed models.

“It’s so easy to print it and see how it looks, and if I don’t like it I can change it a little and print it again.”

The finely tuned paint, slightly differing colors on each piece, are another story entirely. It can take up to a year to get the colors just right, working on a narrow sliding scale of color variations that is only .1. The result is a greyish hue when viewed from a far, depending on the light, and is neither metallic nor pearlescent, but nearly holographic.

The show also includes eight of Ms. Mori’s photo-paintings, begun as drawings and then rendered digitally and mounted in round, Lucite frames. Ms. Mori would draw facing the ocean on Okinawa Island in Japan, each day in the early morning. The results are softly colored round shapes dotted over bursts of color, like bits of sea foam against the sunrise.

“I tried to draw through my imagination, and the feeling of the ocean’s energy. This was in order to not draw the ocean itself, but to draw its invisible energy.”

The combination of the large sculptures and the photo-paintings are, according to Ms. Mori, meant to encapsulate her entire investigations from large to small.

“When you think about multi-universes, they’re actually all connected,” she said. “Within the large scale, there is a small scale.”

A performance with composer Ken Ikeda on the show’s opening night will complete the circle of the work, expanding on a recurring theme of “oneness” she’s explored before using improvisational dance.

We couldn’t help but ask Ms. Mori if she’d ever visited CERN, a research organization in Switzerland that contains the world’s largest particle physics lab. Naturally, she had, and at the time was working on a project about neutrinos.

“It really stimulates you to think about scale. You think you’re singular, but when you look at it in the large scale, you’re part of it,” she said. “We come from this natural cycle, and we’re part of the universe—part of a whole. We often forget the connection, but it’s really good to feel this.”

Mariko Mori’s “Cyclicscape” is on view at Sean Kelly Gallery, 475 10th Avenue, from March 20 through May 2. 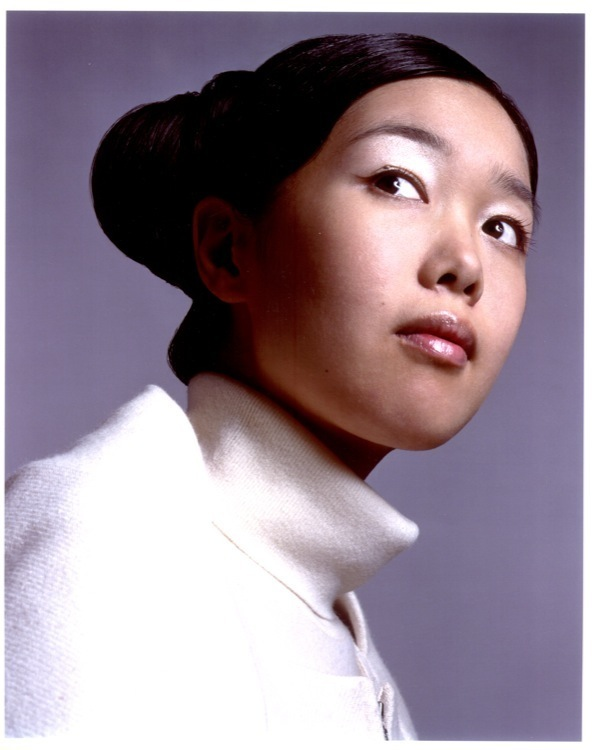