While most New Yorkers would welcome a getaway to the islands right now, seven artists from the Caribbean—or at least their artworks— are heading to the snowy city this week to the Volta Art Fair (March 5 – 8) at Pier 90 on the icy Hudson River.

Volta New York, an invitational art fair that features solo artist presentations, has placed a focus on the Caribbean and Africa this year mainly because Amanda Coulson, who is head of the National Art Gallery of the Bahamas, also serves as Volta’s artistic director. But, beyond that, powerhouse grant programs and residencies are juicing the region’s scene. And with Contemporary art from the Caribbean the subject of survey shows at the Brooklyn Museum, Studio Museum in Harlem, El Museo del Barrio and the Queens Museum of Art in recent years, the sector is hot.

“I am fortunate to be currently living in the Caribbean and, as such, have a front row seat to the burgeoning art scene that has been simmering for over a decade,” Ms. Coulson told the Observer. The Caribbean “is now boiling over with talent,” she added, finishing up her cooking metaphor.

Two artists born in the Dominican Republic and a third one, of Cuban descent, who resides there, represent the island nation where Columbus first set foot in 1492. Hulda Guzmán paints vibrant portraits at the booth of Lyle O. Reitzel Gallery from Santo Domingo; Jorge Pineda makes drawings of famous artists and fills their eyes with diamonds to comment on art and power at Lucy Garcia Gallery, also from Santo Domingo; and Quisqueya Henriquez, who was born in Havana, mixes Russian constructivism with California hard-edge abstraction in her collages at Lynch Tham, from New York.

Pineda and Henriquez have both taken part in the new Davidoff Art Initiative, an ambitious program developed by the Swiss cigar maker which places artists from the Dominican Republic (where all Davidoff cigars are made) in residencies in Beijing, Berlin and New York and brings foreign artists to the region to a newly built residency at the Altos de Chavón School of Design.

In the region, “it’s very hard to reach curators—either regional or international—let alone collectors, since the internal logistics are beyond challenging [geographical and linguistic barriers being the most obvious] so being able to connect some of the practitioners to the Volta network is extremely satisfying for me and beneficial for the community,” Ms. Coulson added.

Adler Guerrier, an artist of Haitian descent that lives and works in Miami, rounds out the Caribbean cluster with photos and collages that explore the life of a flâneur (a person that idly strolls an urban environment) at Marisa Newman Projects from New York.

Viewers at Volta should take a cue from Guerrier’s pursuit and slowly saunter though the fair in search of a bit of Caribbean creativity right hear at home. 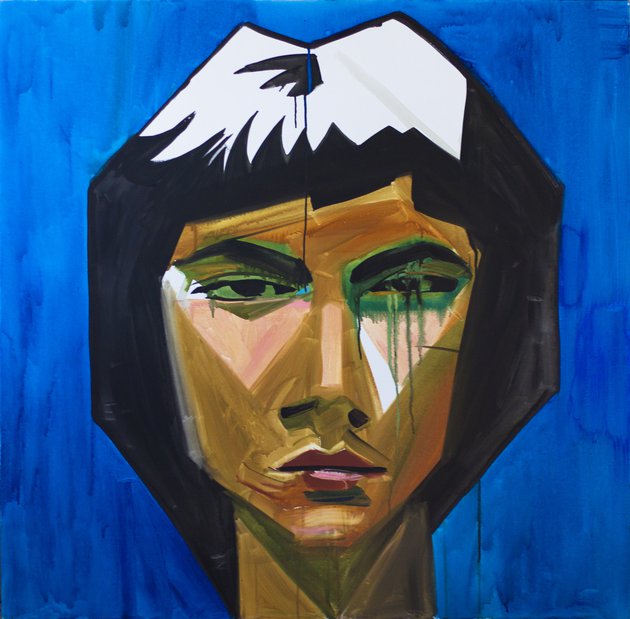