On The Record with Michael Aron will feature a discussion of the TTF with Assemblyman John Wisniewski (D-19), Janna Chernitz of the Tri-State Transportation Campaign, and Anthony Attanasio of the Utility and Transportation Contractors Association of NJ; plus “Governors’ Perspectives” on Atlantic City with former governors Tom Kean and Jim Florio talking to Kent Manahan. 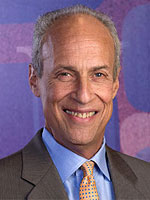