Promising to upset his front-running Republican rival, Councilman Vincent Gentile launched his campaign for Congress this afternoon, insisting that a Brooklynite can still triumph in the Staten Island-dominated district.

“We’re going to surprise people, right? I’ve been counted out three times before and I’ve won every one of those races,” Mr. Gentile said at the headquarters of the Staten Island Democratic Party in New Dorp. “They want to count me out now? We’re gonna win this one, too.”

Brooklyn candidates have failed repeatedly to win in the district, but Mr. Gentile, ever the optimist, said “it’s only different zip codes.”

Assemblyman Michael Cusick, who worked for Mr. Gentile’s first State Senate campaign and passed once again on running for Congress, argued Mr. Gentile could win because he is a Staten Islander at heart.

The scandal-scarred Republican, who resigned in January following a guilty plea to a federal tax evasion charge, won re-election last year in a race that was, at the outset, expected to be much closer. Mr. Grimm, under indictment for much of the election, was up against another Brooklyn city councilman, Domenic Recchia Jr. Mr. Recchia stumbled badly, but raised several million dollars and enjoyed the support of national Democrats.

The Democratic Congressional Campaign Committee is all but writing this race off. Mr. Recchia’s raucous campaign kickoff a year ago drew current and former members of Congress; Mr. Gentile’s launch, in comparison, was a more muted affair.

Mr. Grimm was denounced repeatedly at Mr. Recchia’s kickoff. Mr. Donovan, who even the chairman of the Democratic county organization, John Gulino, conceded was a “nice gentleman,” was hardly mentioned.

“It’s so important Staten Island has a congressman that understands what the job entails. Keep in mind, that Vinnie is running against a prosecutor–nice gentleman, I know him–but Vinnie has been legislating for 18 years,” Mr. Gulino said. “This is about having the best candidate for the race.”

Since the county organization endorsed his campaign, Mr. Gentile has not shied away from attacking Mr. Donovan by trying to tie the low-key prosecutor to more conservative Republicans in Washington. Mr. Donovan has ignored him.

Besides being from Brooklyn, Mr. Gentile will be up against other obstacles. The low turnout special election, set for May 5, is likely to attract more conservative voters. With the help of national Republicans and an independent expenditure, the Donovan campaign is expected to have vastly more resources than Mr. Gentile, who will have some fund-raising help from Mayor Bill de Blasio, an unpopular Democrat in parts of the district.

An undaunted Mr. Gentile predicted he would be drinking victory margaritas on May 5–Cinco de Mayo. 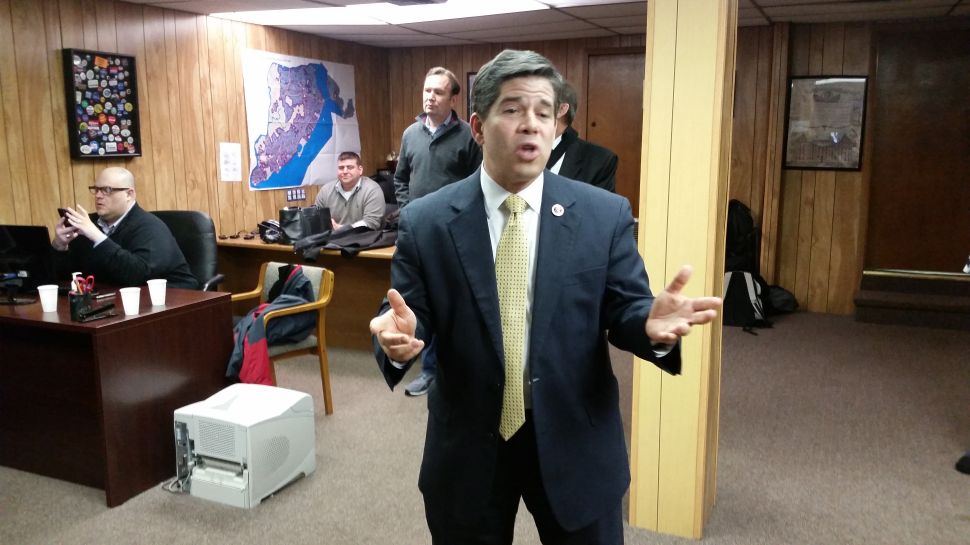