A year ago, Rand Paul was the most exciting Republican politician in the country. He was building a presidential campaign around his brand of libertarian Republican politics that, while not exactly making him a frontrunner for his party’s presidential nomination in 2016, made him a credible candidate. Mr. Paul’s belief that the U.S. should be less engaged in every corner of the world, coupled with his views on personal freedoms, enabled him to stand out from the rest of the Republican pack.

Today, that has changed. Jeb Bush has emerged as the clear Republican frontrunner and, Scott Walker seems to be the strongest alternative. Mr. Paul remains in the race, but is rarely viewed as having a genuine chance to win the nomination for president anymore. Even his victory at the recent CPAC straw poll did little to raise Mr. Paul’s profile.

The primary campaign has changed substantially. Eighteen months ago, few Americans outside of those working directly on Russia or foreign policy, thought about Vladimir Putin much. Similarly, ISIS was known as an Israeli beer or an overlooked Bob Dylan tune. At that time, voters’ minds were not on foreign policy. Today, that is no longer the case. Mr. Putin’s aggression in Ukraine–now entering its second year–and regular images of beheadings by ISIS have forced Americans to pay more attention to foreign policy, and made it more difficult for any politician to argue against U.S. engagement globally.

Last November, the heightened attention on foreign policy, and the reasonably successful attempts by the Republican Party to portray President Obama as weak on both ISIS and Putin, as well as Mr. Obama’s own efforts to reduce U.S. engagement in much of the world, contributed to the resounding Republican victory in the 2014 midterm elections. President Obama, however, appears to have survived this defeat fine. The President has responded to this setback by recommitting himself to his progressive rhetoric and has his seen his poll numbers improve since November. He has continued to draw Republican criticism for being insufficiently hawkish pretty much everywhere, but appears to be committed to an internationalist foreign policy. Mr. Paul has not navigated these changing foreign policy waters as well.

Given the heightened interest in foreign policy, it is likely that the Republican nominee will be a more conventional Republican hawk along the lines of previous nominees, such Mitt Romney, John McCain and President George W. Bush. This means that foreign policy will not be a major point of contention in the general election. While the Republican candidate will seek to hold Democratic frontrunner and non-candidate Hillary Clinton accountable for all of the Obama administration foreign policy foibles, and Ms. Clinton will try to frighten voters by asserting that the Republican nominee will make the same foreign policy mistakes as the last Republican President, both parties will probably nominate candidates who are essentially hawkish and committed to deep U.S. engagement around the world.

It will be very difficult for Mr. Paul to reverse his fortunes, not least because much of what has damaged him has been outside of his control. With that in mind, Mr. Paul can still benefit from a strong campaign for president, but it needs to be a campaign that focuses on building an organization, developing relationships beyond his libertarian base and improving his already impressive political skills, while not moving too far away from his core message.

If he does that, Mr. Paul can still be a strong presidential candidate–maybe in 2020, when he will still only be 57 years old, He will be well positioned to win the Republican nomination if Ms. Clinton is elected in 2016. A Clinton presidency will most likely not be defined by the timidity on foreign policy that many detractors have ascribed to President Obama. Instead, Ms. Clinton’s foreign policy will likely be more ambitious and bold, but will still not solve the vexing problems of Islamist terror or a dangerous and aggressive Russia. That could lead to an environment in 2020 where Mr. Paul’s message of reduced foreign commitments will resonate with a Republican electorate anxious for a victory and tired of what will then be twelve years of, in their view, failed Democratic foreign policy.

2020 is a long way off and the questions of whether Mr. Paul has the patience to wait that long, and the temperament to use 2016 as a building block for 2020, remains unanswered. 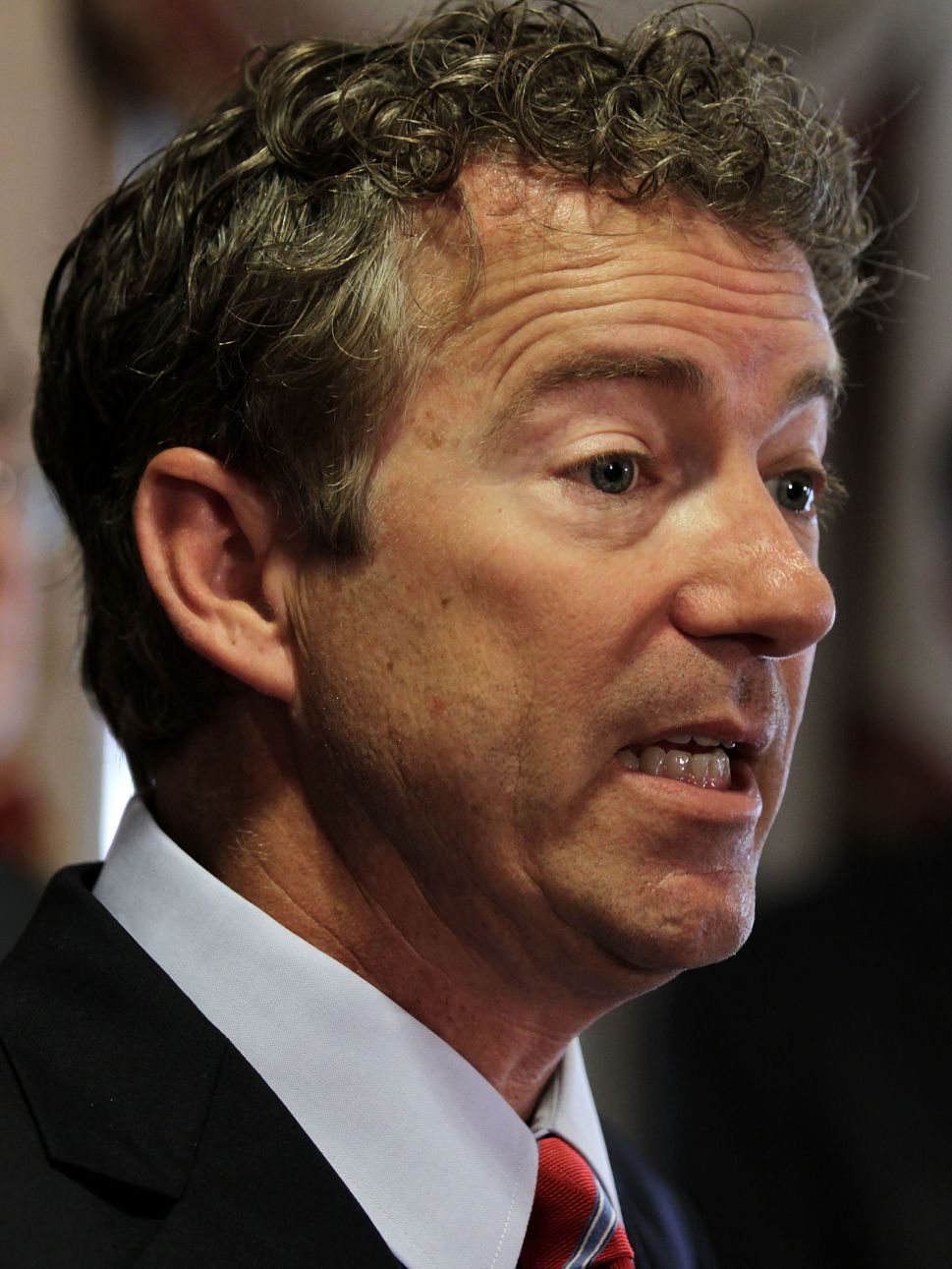