In recent week, there has been substantial media attention paid to the Democrats weak bench, meaning that other than Hillary Clinton there are few plausible presidential candidates in the party. A January 29 headline in the Weekly Standard read “The Democrats Bench is Shockingly Weak.” In February, Tom Bevan of Real Clear Politics noted “the Democrats have an exceedingly weak bench at the moment.” Even progressives like Rachel Maddow have recognized that “There’s no plan B if its not Hillary.”

With the first primaries less than a year away, it is apparent that the Democrats lack Grade A presidential candidates other than Ms, Clinton. Former Maryland Gov. Martin O’Malley and Virginia Senator James Webb simply have not broken through as national figures. Meanwhile, Massachusetts Sen. Elizabeth Warren and Vice President Joe Biden, who enjoy strong name recognition, are unlikely to challenge Ms. Clinton. Moreover, both have significant flaws as candidates; Ms. Warren would have to battle the perception that she is too far left, while a propensity for verbal gaffes would make Mr. Biden a less than ideal candidate.

Nonetheless, the perception that the Democrats have Ms, Clinton and a stable of also-rans remains subjective. Mr. O’Malley certainly is the kind of candidate who the Democrats have nominated in the past. James Webb is the kind of quirky and smart candidate who often gains some traction, like Bill Bradley, but rarely wins, in Democratic primaries. Mr. Biden is a senior figure in the party with decades of experience and underrated political skills. Other potential non-Hillary candidates, such as Senator Kirsten Gillibrand of New York, would quickly seem like reasonable options if Ms. Clinton suddenly opts not to run.

The problem of describing the Democrats as having a weak bench is that history tells us that candidates never seem presidential until they do. Bill Clinton was portrayed as the ethically challenged governor of a small and impoverished state, George W. Bush was deemed the clownish cowboy scion of a political family, and Barack Obama was branded as an inexperienced African-American with a funny name and left-wing politics, Once the aforementioned politicians started winning primaries, they all became presidential. If Ms. Clinton does not run, the party will nominate somebody, who will look presidential enough to run a plausible general election campaign.

it still remains extremely likely that Ms. Clinton will run in the primaries and will be the Democratic nominee for President. If that happens and if in November of 2016 Ms. Clinton is elected with 300 electoral votes, nobody is going to care about the Democrats weak bench. Similarly, even if she only gets 240 electoral votes and loses, the Democratic bench will not be an issue. The only way Democratic depth becomes something other than pre-primary fodder is if Ms. Clinton gets so discouraged by a revelation that she and the White House knew about for months, that she quits the race for which she has not yet formally announced. That is unlikely.

Arguably, the weak Democratic bench is part of a deliberate strategy by the Clintons. Ensuring that Ms. Clinton had no significant primary opponent was an important part of making sure 2016 did not turn into 2008. The lesson for Ms. Clinton from 2008 was that for somebody who is not a particularly gifted politician on the stump, even a substantial lead in fundraising and organization could be overcome by a charismatic candidate. Given that, keeping other potentially strong candidates like Mr. Biden out of the race, and making sure that minor candidates like Mr. O’Malley or Mr. Webb do not develop into real threats, have been central tactics for Ms. Clinton’s campaign team in recent years.

Through cajoling donors, mobilizing a large national network forged over a quarter century and three previous national campaigns, and zealously communicating a bullet-proof message, the Clinton operation has come close to making that inevitability a self-fulfilling prophecy. But if Ms. Clinton does not run, the strategy of keeping the bench weak will, for the Democrats, prove to be an unfortunate legacy of her protracted non-campaign. 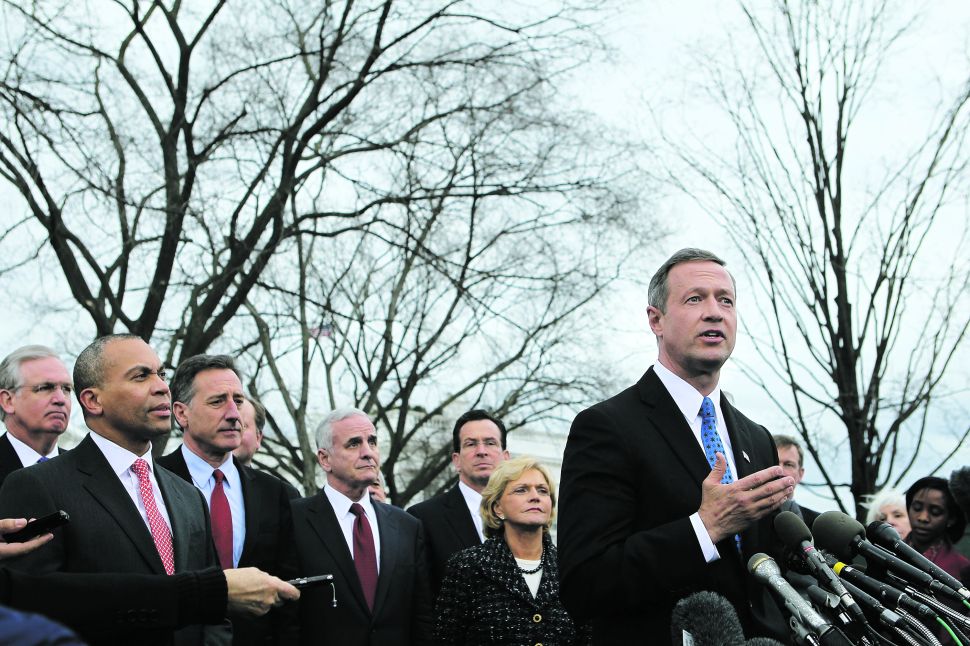