Last Saturday night, while having dinner at an Italian place on Arthur Avenue in the Bronx with my family, I mentioned my cousin in Israel. A few minutes later, the middle-aged Italian American man sharing our table, leaned over. “I wasn’t eavesdropping,” he said, “but I heard you mention Israel.” Soon he told me how much he liked Benjamin Netanyahu, and how much disdain he had for President Obama, leading to a discussion of the Israeli elections, which at that point, were still a few days away. It felt like a long time since the only Americans who paid attention to elections in Israel were Middle East experts and Jews, but that has changed.

That March 3rd speech, and the politics around it, also helped provide a partisan lens through which Americans could understand Israel’s elections. The link between Mr. Netanyahu’s Likud Party and the Republican Party has been around for years, but it was never stronger than in recent weeks. Even American celebrities who are known for being prominent Hollywood Republicans got into the act for Likud; Jon Voight and Chuck Norris filmed campaign ads for Mr. Netanyahu. Similarly, most Democrats were rooting for the Zionist Union party, the successor to Labor.

It is difficult to know how many voters in Israel changed their minds about who to support in this election based on the words of either of these two American movie stars, but Mr. Voight and Mr. Norris’s endorsements demonstrate the extent to which Israeli politics have been pushed into alignment with American electoral politics. Much of this can be attributed to Mr. Netanyahu himself who has made no secret of his disdain for President Obama and much of the Democratic Party.

While the Republican Party did not exactly claim victory last night when it became clear that Mr. Netanyahu was almost certain to remain Prime Minister, few Republicans made any attempt to conceal their glee. Brian Mefford, an American political advisor based in Ukraine, not the Middle East, Tweeted “#Bibi & #Boehner are the big winners tonight #IsraelElections.” In an email, Mr. Mefford explained his point, “Boehner has recently gambled on seizing the foreign policy initiative from the White House on Ukraine and Israel as evidenced by the invites of Poroshenko and Netanyahu to speak to Congress…Last night the gamble paid off for Boehner and of course Bibi made history.” Mr. Mefford’s analysis is right, and therein may lie the problem for Israel.

For a generation that is more globalized and connected than any in history, Mr. Netanyahu is the face of Israel. While no Israeli Prime Minister will ever be popular globally, and should not waste too much time in that foolish endeavor, Mr. Netanyahu has become a focal point for worldwide anti-Israel sentiment. By aligning himself with the most visible right wing party in the world, Mr. Netanyahu may have helped himself get reelected, but has also strengthened the narrative that Israel is a reactionary political entity.

The problem with Mr. Netanyahu’s tactics is not that it gives people in Europe, the Middle East or elsewhere who have never liked Israel, or Jews in general, a rationale for their anti-Israel and, yes, anti-Semitic sentiments. Those views generally precede Mr. Netanyahu by many years. Rather, these tactics potentially widens the distance between Israel and the Democratic Party in the U.S. This is partially attributable to elements within the Democratic Party who are not supportive of Israel, but also to Mr. Netanyahu’s growing mutual identification with the Republican Party.

The Democratic Party, after all, is the one of the few significant left-center party in the world, outside of Israel, that remains supportive of Israel. That support is worth preserving. Nancy Pelosi, the Democratic Leader in the House of Representatives, who was very critical of Mr. Netanyahu’s speech to Congress a few weeks ago, responded to the results of Israel’s election by saying, “U.S-Israeli relations are very strong. It’s important to our own national security to support the security of Israel.” This is a standard statement of support from a Democratic politicians, but it is nonetheless significant. A statement like this, from a powerful Democrat with a long history of supporting Israel, who represents San Francisco (hardly a hotbed of Zionism), demonstrates the depth of Democratic support for Israel.

But Ms. Pelosi is also 74 years old, well into her third decade in Congress, and the product of a very different political era. While Ms. Pelosi, and other urban Democrats of her generation will likely remain supportive of Israel, their successors may not. When the Republican Party, perhaps out of the best intentions, seeks to put its imprimatur on an Israeli Prime Minister, it becomes easier for Democrats to take the easy way out and give in to growing anti-Israel sentiment within their own party. In the bigger picture, despite Mr. Netanyahu’s immediate political fortunes, this is not good for Israel. As Prime Minister Netanyahu himself might say, and would certainly understand, the survival of the Jewish people is too important for Israel to become simply the next neocon project, but this is the danger Israel and its politically savvy Prime Minister now face. 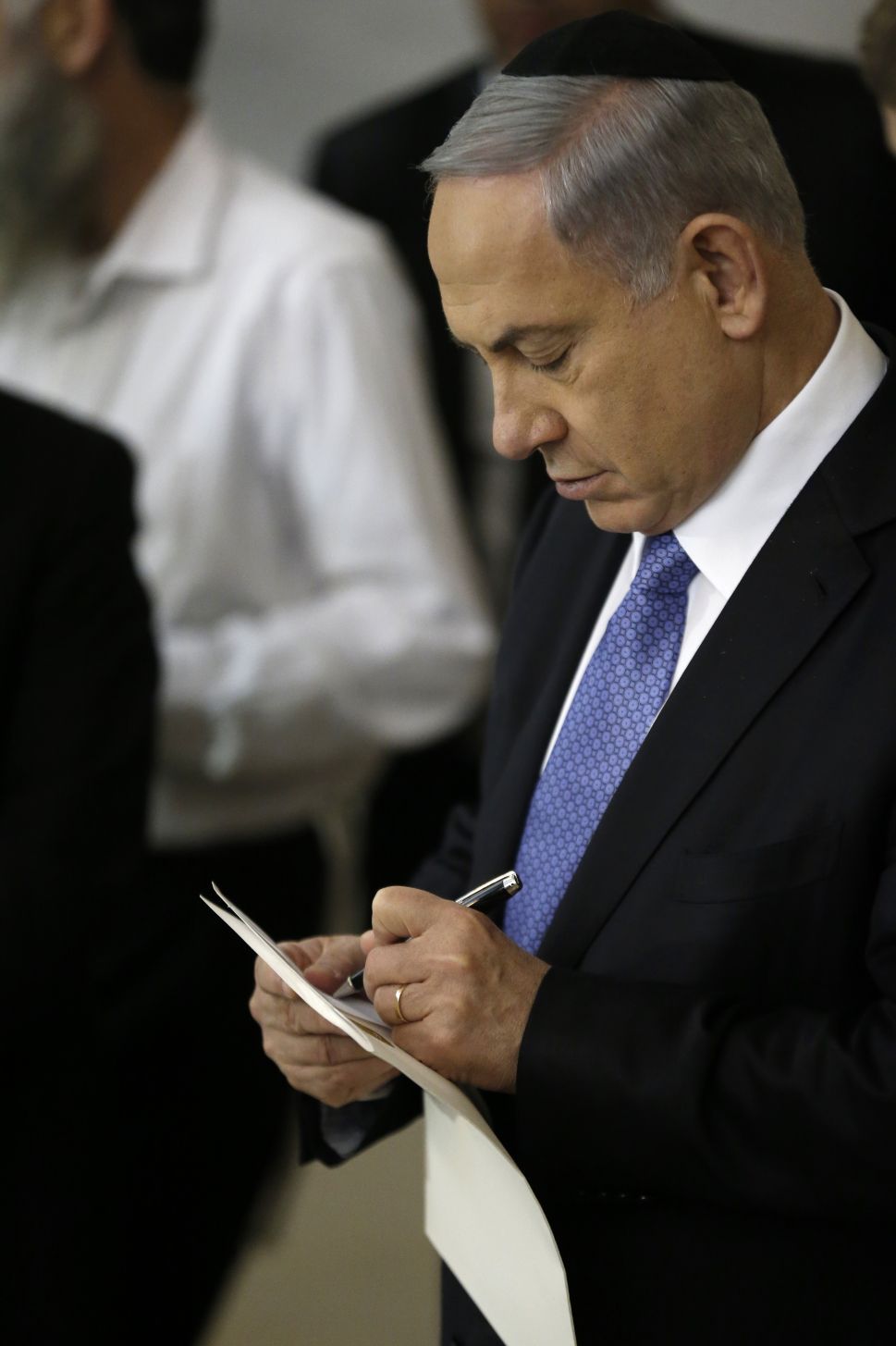