Months after Peter Brant—paper magnate, megacollector, magazine baron, polo star—acquired Walter de Maria’s home and studio last year for $27 million, there was rampant speculation as to what would become of the space at 421 E. 6th Street. Would it be the East Village bureau of his glossy magazine, Interview? Would it be the city’s first outpost of The Brant Foundation? Would it be a party pad for his fashionisto sons, Peter and Harry? Would it be the long-awaited Manhattan headquarters of the Greenwich Polo Club?

He told The Times a few months back that it would, in fact, be used as an exhibition space, and now we have a bit more insight into what Mr. Brant wants to do with the space physically. Everyone’s been a bit nervous that it would get radically changed, because it’s an historic building that also happens to be aesthetically glorious—and I can say for a fact that it is glorious, because I went inside when the Dan Colen show that was staged inside last December, and got the first tour of the space by a civilian. (Also, I live down the block.)

How exactly do we know these new details? Well, the must-read neighborhood blog EV Grieve dissected the Certificate of Appropriateness application for the building, which is up for approval before the CB4 Landmark Committee tonight. And it’s quite a relief to see that, for the most part, this is a very modest proposal that will honor the late De Maria while giving the East Village a massive new exhibition space. Most of the renderings seem to just clean up the original facades a bit.

You can see all the renderings in the full version of the proposal. And here’s a summary of the planned changes, in CB-speak:

Exterior work includes the restoration and repair of the existing brick facade, replacement of the existing windows with new thermally broken steel windows to match existing, new window openings on the west and north facades, a new occupiable [sic] roof terrace with a new glass skylight. there is an increase in height of the bulkhead to accomodate [sic] the elevator and the addition of a roof mounted hvac unit which will be screened from view on all four sides.

The most visible change would be the demolition of a wall and an annex ramp in the back of the property to make way for a garden, and you can’t really argue with that. So, to answer the slightly leading question in the headline, no, the committee will probably not crush any of Peter Brant’s dreams for the Walter De Maria space. If you give any credence to the usually very cranky EV Grieve commentariot (and you should, begrudgingly) it appears that the plan is quite popular among neighbors—and as a fellow neighbor, I’ll throw my weight behind it, too. It’s better De Maria’s studio becoming condos with a wine bar on the bottom. 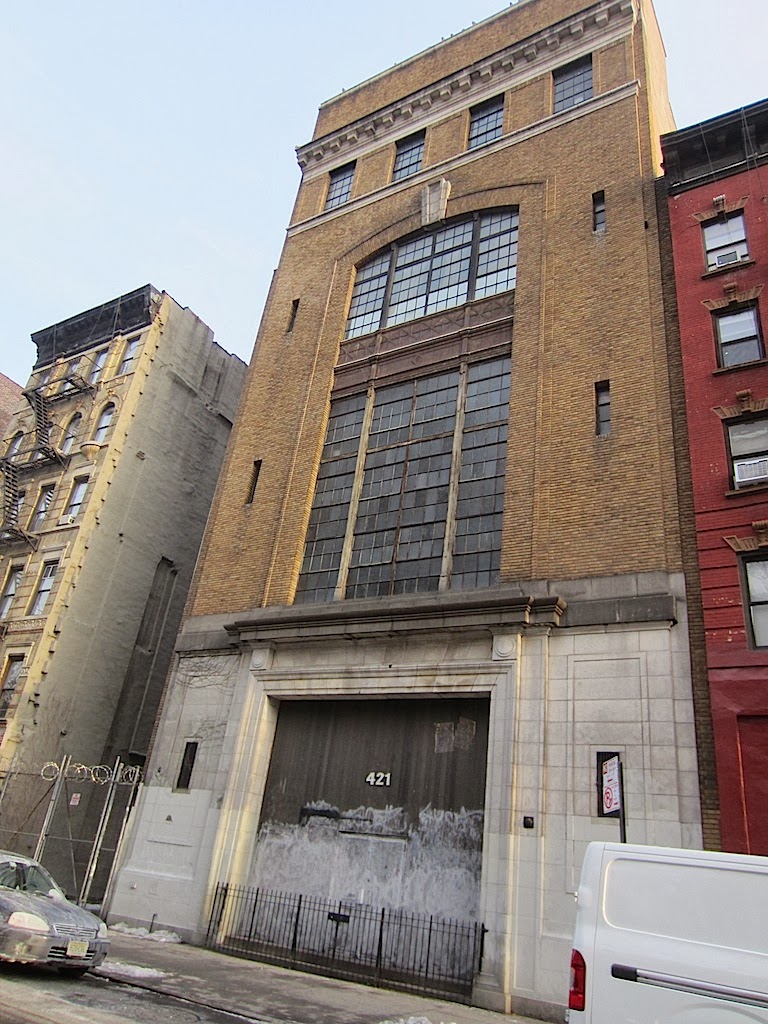