Veteran lawmaker Wilson wants the seat currently occupied by retiring Sheriff Chuck Billingham, who last year announced his intention not to run again. Wilson has represented the Fifth Legislative District in the Assembly for five years. A Camden police officer for over 26 years, and an Air Force veteran of the Vietnam War, he previously served two terms as a member of the Camden City Council.

In light of Wilson’s selection as the Democrats’ Sheriff candidate, the Democratic leadership in the 5th Legislative District will convene to discuss his replacement on this year’s ballot.

If elected freeholder, Moen would be the youngest member of the Camden County Freeholders and one of the youngest Freeholders in the state. He earned his Bachelor’s degree from Rowan University and his Masters in Public Administration from the University of Pennsylvania. The son of an active Vietnam veteran, Moen grew up in Runnemede and currently resides in Camden City, where he coaches baseball for the North Camden Little League. He was the recipient of the 2014 Humanitarian of the Year Award by the Volunteer Center of South Jersey and is a board member of the Rowan University Alumni Association.

He is replacing Freeholder Ian Leonard, who earlier this year announced his decision not to seek reelection. 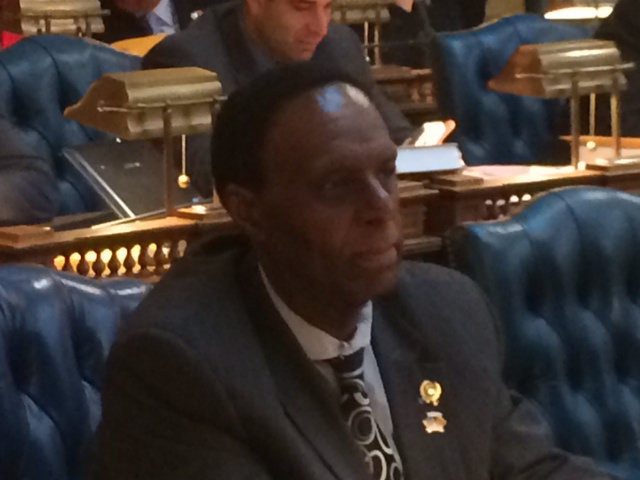