Last week, Bloomberg News published an exposé claiming that Russia’s top cybersecurity mogul, Eugene Kaspersky, is in league with the Kremlin, even while peddling software to American clients. In a lengthy blog post, Mr. Kaspersky himself took each of Bloomberg’s claims to task, clarifying points and striking down misinformation and half-truths. Problem solved, right?

Nope, these rumors die hard: The Wall Street Journal picked up where Bloomberg left off yesterday by implying, with a similar tangle of tenuous details, that various cybersecurity firms are all, to some extent, linked to their respective ruling governments. In Mr. Kaspersky’s case, they recycle Bloomberg’s colorful claim that Mr. Kaspersky hosts Russian government officials in his beloved weekly sauna sessions.

“Kaspersky Lab would like to reiterate that Eugene Kaspersky has never had ‘intelligence officials’ in banya (sauna),” representatives from Kaspersky Labs told the Observer. “Or, at least, he didn’t know they were there. Many other people, including Kaspersky Lab employees from other countries, were/are frequent visitors to banya.”

Mr. Kaspersky himself in his rebuttal that these sauna sessions are harmless, and that to his knowledge there have never been any spies present. But in the story, the WSJ pulls off this sleight of hand:

Bloomberg asserted Kaspersky attends sauna nights with Russian spies and is deeply intertwined with the Kremlin. Kaspersky didn’t deny the sauna gatherings, but argued they weren’t conspiratorial and the presence of spies was coincidental.

As Graham Cluley points out on his blog, this is just not what he said. The original quote from Mr. Kaspersky’s response was:

[S]ometimes I do go to the banya (sauna) with my colleagues. It’s not impossible that there might be Russian intelligence officials visiting the same building simultaneously with me, but I don’t know them.

There is a world of difference between saying, “If there were spies, I wouldn’t have known, because I’m not down with spies,” and, “I knew there were some spies chilling in my sauna, but, you know… oops.” Mr. Kaspersky isn’t saying, as the Wall Street Journal claims, that the “presence of spies was coincidental.” He’s saying that he’s never been aware of a spy presence. 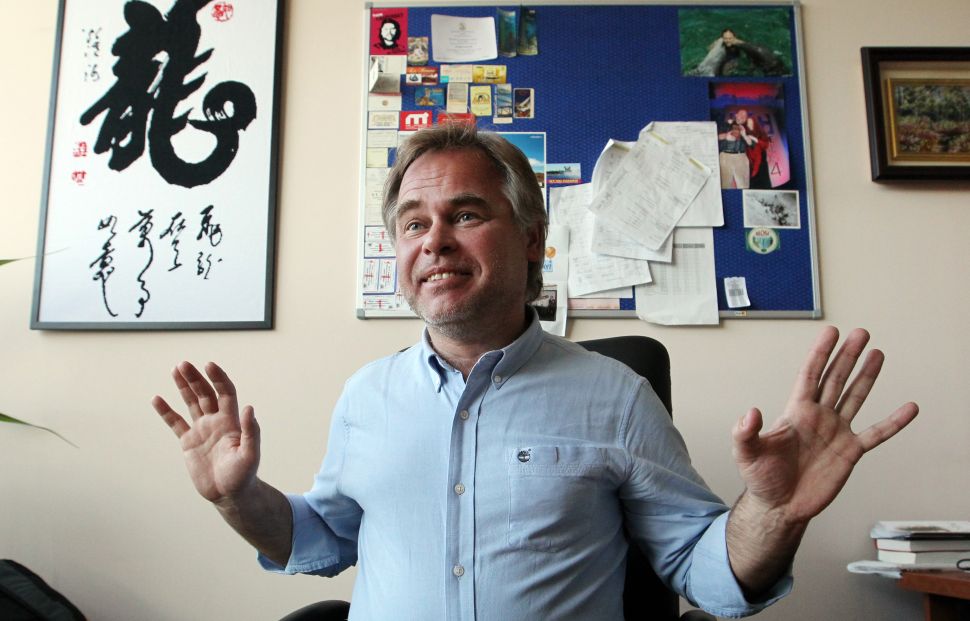