Sex Box made me feel a lot of ways. None of those ways were sexy.

It made me feel a little dirty, for sure. Not the good dirty, the kind of dirty where you spill coffee on your hands early in the morning and there’s just that weird coffee stickiness there for the rest of the day. That’s how I felt for at least half an hour after watching Sex Box. It made me feel a little confused, because I’ve had a number of significant others, and not once did we solve our problems by having sex inside a giant light-up box. Was I the one that was wrong there, Sex Box? Most of all, it made me a little sad. Sad for the state of television, sad for the state of love, but mostly just sad that real life human beings signed a contract that said “you will have sex in this box,” and then they did it. Then they had sex in that box.

None of this matters now, because after a mere five episodes, after failing to get more than nine boys who just turned fourteen to tune in, Sex Box is no more. Sometimes you don’t know what you have, until it’s gone.

So, what now? How do we go on, to live in this post-Sex Box America? I think the first step is to let go. We TV, in their statement, left a dangling possibility for “a potential reformatted version of the show.” Some advice: don’t do that, We TV. Let sleeping sex-boxes lie. What does reformatting Sex Box even mean? The premise is pretty much all there, and isn’t up for much change. Is the box a triangle now? Sex Isosceles? Would that help? I think short of making the box glass and showing everything, there is no reformatting. There is only sadness and, eventually, acceptance.

Then there is the logistics of how to move on physically. As in, what do we do with this massive steel construction in which a minimum of ten people have had sex? You can’t just trash it, because it’s too large and, more importantly, the memories run too deep. Maybe we can make something of it. Perhaps a new home for a family of three, who do not mind the presence of unspeakable stains that Oxiclean will just not get out, no matter how hard you scrub. No, I think it’s best to do away with it altogether, lest humanity be tempted to try this again. Fill it with cement, and possibly that one super judgmental minister they had on the panel, and let the Sex Box sink to the ocean floor. Perhaps, far into the future, a new generation will find it and think “This. This was the turning point for us all.”

What have we learned, friends, family, sex box enthusiasts? What can we take away? Well, for one, we learned that the American version of Sex Box lasted a shorter amount of time than the UK version, which I think is a pretty telling factoid as to why we won the Revolution in 1783.

But, more than that, I think we learned something about humanity in general. WeTV thought this was sure-fire thing. They thought that in this point in human history a show as low-brow and disgusting was definitely going to pull in major ratings. But it didn’t. We said no. We said “We TV. That is kind of weird.” Maybe there’s hope for us after all. Maybe the death of Sex Box isn’t an end but a beginning, a rebirth for humankind as we know it. We got through Sex Box and it’s time to find a new path. A new destination. A new shape. That isn’t a box. Or maybe it is. The possibilities, unlike Sex Box on We TV, are endless 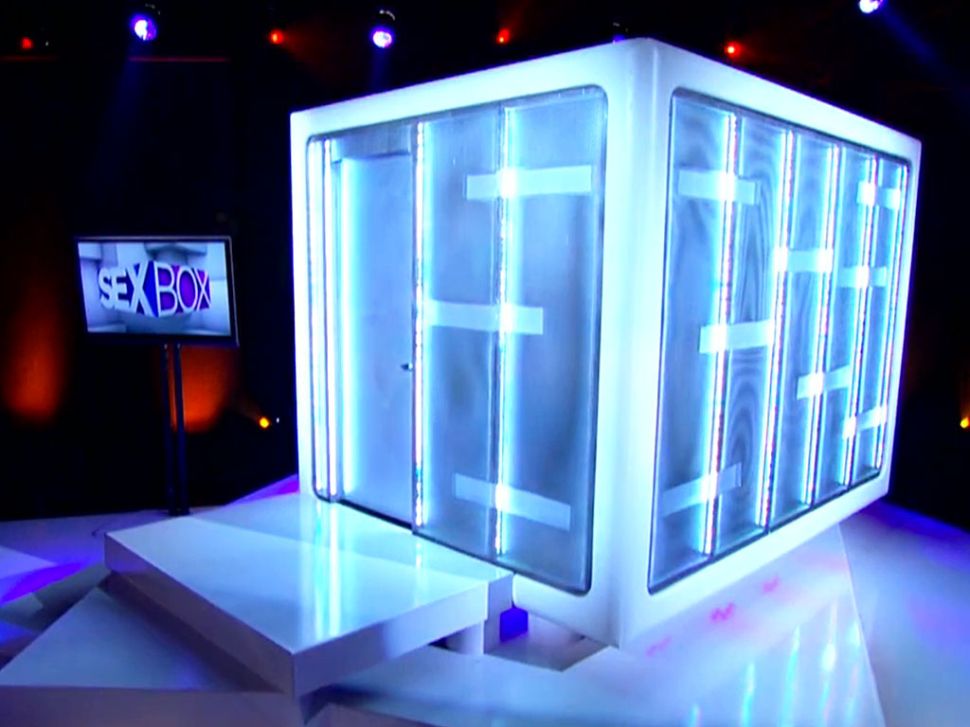