A very big Hello Kitty is coming to New York. Japanese artist Sebastian Masuda is bringing his multi-city Time After Time Capsule project to the Big Apple in the form of a nine-foot-tall giant sculpture of Kitty that New Yorkers can deposit personal objects into. The sculpture will go on view April 29 through September 13 at Dag Hammarskjold Plaza at 47th Street and 2nd Avenue, just around the corner from Japan Society.

The main feature of the project are large-scale, hallow sculptures of kawaii characters (the Japanese-exported “cute” phenomena, which has exploded worldwide and garnered Tokyo’s Harajuku fashion district international notoriety). The artist, who has been active on the Japanese youth culture scene since 1995, is also the director of 6%DOKIDOKI, a kawaii concept story in Harajuku. The project kicked off in Miami at last year’s Art Basel Miami Beach, and will move to Amsterdam after its NYC run. At each location, programming will be held for children and families where they’ll be encouraged to combine their personal objects with pieces from the 6%DOKIDOKI line, and add them to the time capsule. Sculptures from each city will reunite in 2020 in Tokyo for the city’s summer Olympics.

“Do not underestimate the power of kawaii!” said Japan Society director and curator Miwako Tezuka in a statement. The museum is helping to bring the artist’s project to New York, where it will coincide with the second rotation of its exhibition “Life of Cats: Selections from the Hiraki Ukiyo-e Collection,” featuring 130 woodblock prints, paintings, and artworks spanning the 18th to 20th centuries.

“Scholars and critics often shun the use of adjective ‘cute’ to describe art, but the Japanese have never shied away from cuteness as part of aesthetic spectrum,” she added. Work by Mr. Masuda will also be included in the 2015 Japan Society Gallery Benefit Auction.

Mr. Masuda also has a Kickstarter campaign going for the project, where he is giving away limited edition artworks in exchange for pledges. 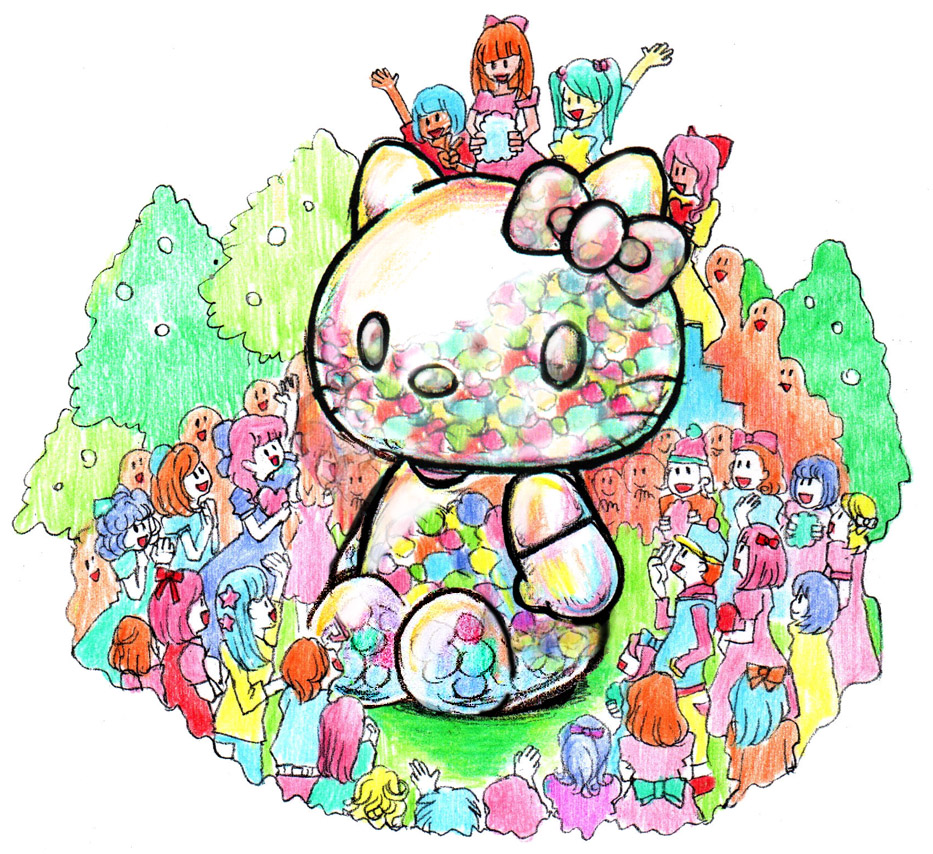