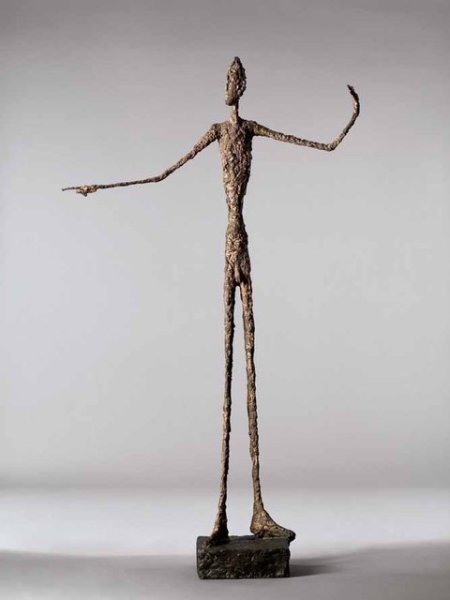 Christie’s is set to separate one collector from an enormous wad of cash next month when it brings to the block for the first time ever Pointing Man (L’homme au doigt), a 5′ 10″ masterpiece by the the sculptor Alberto Giacometti. The house is estimating it will go for $130 million, making it the most expensive sculpture ever sold at auction.

So, what exactly will the $130 million get you if you plunk all that down on May 11? It’s hard to say that spending that much on anything is a “deal,” but you can’t argue that this is really special. It’s from an edition of six casts, one of which is nearly always prominently displayed at MoMA, so imagine putting this thing in your foyer. In a historical context, it was made in Paris after the end of World War II, and reflects the confusion and terror that swept through Europe in the aftermath of total destruction.

Though, one can recall that Sotheby’s estimated that the Giacometti it put up for auction last year, Chariot, would sell for more than $104 million, but it only got up to $101 million, with collector Steve Cohen picking it up.

But this one has the distinction of being a work deeply cherished by Jean-Paul Sartre, who said that the figure was “always halfway between nothingness and being.” Sounds familiar, no?

And while I have you, let’s relay this charming story of how Giacometti met Sartre, because it’s lovely, and of extra interest to fans of Café de Flore, like myself:

One evening in 1939 Alberto Giacometti found himself lingering late at the Café de Flore in Paris. Most of the other customers had gone, but at the adjoining table sat a man alone. Presently he leaned toward Alberto and said, “Pardon me, but I’ve often seen you here, and I think we’re the sort of people who understand each other. I happen to have no money on me. Would you mind paying for my drink?” That was the kind of request Alberto could never have refused. He promptly paid for the stranger’s drink. A conversation ensued, and it did seem that the two men were the sort of people who understood each other. Twenty-five years later it would be worth recalling that their friendship had begun with such an optimistic assumption. The man who made it was Jean-Paul Sartre. 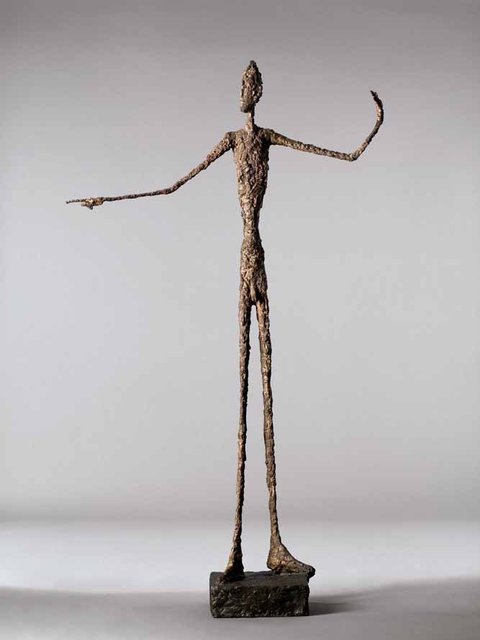