During the height of the recession, estate-planning attorney Gideon Rothschild, a partner at Moses & Singer in New York, remembers fielding an urgent visit from a real estate developer in his 30s. He had built condos, which he personally guaranteed, but had defaulted on a $25 million bank loan when the real estate market tanked. Still, you can’t get blood from a stone, right? But in the midst of this financial turmoil, the real estate developer’s uncle died, leaving his nephew a co-op worth about $20 million. He hoped to shield the windfall from creditors. “I said, ‘it’s too late,’ ” recalled Mr. Rothschild. “Anything you do with the inheritance, if you take it, receive it and then somehow try to put it somewhere where the bank can’t reach it—it’d be a fraudulent transfer… He received the inheritance, and basically turned it over to the bank,” Mr. Rothschild said.

Rather than an outright bequest, the real estate developer’s uncle could have placed the co-op in a trust for his nephew, likely keeping the asset in the family.

An inheritance can be lost for any number of reasons—taxes and illness, to name two—but attorneys and financial advisors suggest some relatively painless steps that families can take to preserve their wealth for future generations.

A simple strategy to reduce estate taxes is gifting. Each taxpayer is permitted to give $14,000 to an unlimited number of recipients annually, tax-free. Additionally, benefactors can pay for college and medical expenses for others, provided the funds go to qualified educational and medical institutions.

High net worth couples can exempt much larger amounts from estate taxes through a credit shelter trust (CST). Each spouse can create such a trust in his or her name and then require that, upon death, up to $5.34 million of assets passes directly to the trust. The surviving spouse can then derive an income from the CST, or even tap principal to cover health care expenses.
When the surviving spouse dies, the children receive what’s left in the trust tax-free.

When Jeffrey Wolken, head of wealth and estate planning for Wilmington Trust Company in Wilmington, Del., began his career more than 15 years ago, trusts were typically used to protect young children until they came of age, say, 25 or 30, but were rarely put in place for older children. Such a move would have indicated, well, a lack of trust. “Historically, I believe advisors, families—and maybe even the trust beneficiaries themselves—viewed the fact that assets were held in trust for the lifetime of a beneficiary,” as an approach to protect beneficiaries “from themselves—they had concerns regarding money management, substance abuse, being a spendthrift, etc.” Times have changed, noted Mr. Wolken. “In the current, litigious environment, with confiscatory estate/inheritance tax laws, people are seeing the positive results to inheriting in trust and being a lifetime beneficiary,” he continued, “Being a trust beneficiary is back in vogue.”

Meryl Battistoni, a private medical and geriatric care manager in New York City, recommends that people older than 50 buy long-term care insurance to limit the fallout from major illnesses, particularly dementia or a severe brain injury from a stroke that can quickly drain savings that took a lifetime to attain. “The actual diagnosis to death is usually about six years,” Ms. Battistoni estimated, of dementia. “And during that six years, maybe four of those years at least, you might be totally dependent on somebody else.”

When Ms. Battistoni reached 50, she began paying for a long-term care insurance plan, “much to the chagrin of my financial planner,” she said with a chuckle. “But I see the benefits of it every day. And I see that people can have issues like this at any time. And the amount of people I have dealt with who are in their 70s or 80s, and have money but don’t have a will and don’t have a health care proxy or power of attorney and don’t have any kind of financial planning, it’s really painful to see.”

When health deteriorates, a living trust, also known as a revocable trust, allows an individual to manage their own affairs until they’re no longer capable. Then, a co-trustee—for example, an adult child—can seamlessly step in to carry out their parent’s wishes and avoid potentially costly complications, such as probate.

For those with substantial assets that are not liquid, survivorship insurance may prove a sensible investment. Consider a Manhattan family that is real estate rich. When the estate tax bill comes due within nine months after death, $50 million tied up in brownstones won’t help pay the multi-million dollar tax bill.

“The purpose behind the insurance is to provide liquidity to pay the estate taxes that are due,” said John Nersesian, chair of the board of directors of the Investment Management Consultants Association in Greenwood Village, Colo. Heirs then wind up inheriting the full value of the estate and do not feel forced to liquidate assets in a fire sale.

As we age, it’s not always easy to talk about money or mortality. Avoiding discussing one’s wealth can seem easier than estate planning or addressing potential pitfalls. But concealing wealth from heirs, perhaps as a strategy to promote industriousness among descendants, frequently causes posthumous problems, suggest estate-planning experts.

“Try to address it when the people who are passing on the wealth are still alive,” urged William P. LaPiana, a professor at New York Law School. “Do everything possible to make everyone understand why what’s being done is being done.” 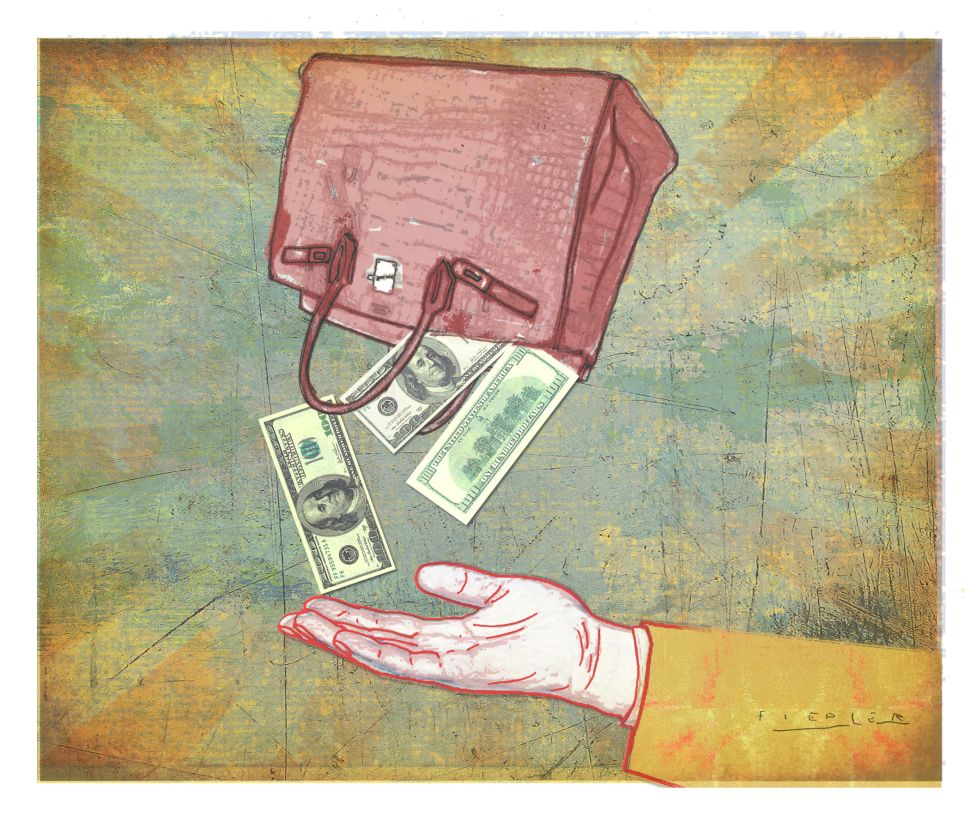