Barry Newman had a question. As a former reporter for The Wall Street Journal, he’s asked a lot of them throughout his life—many of which remain unanswered. But when we met on a recent morning outside Central Park, he was curious about an intricate series of black wooden spools and colorful rope, at the corner of 60th Street and Fifth Avenue, which nobody seemed to be paying attention to.

“What the hell is this?” Mr. Newman, 68, said to a woman walking by, and pointed to the befuddling structure.

She told him it was art.

“This is art?” Mr. Newman asked incredulously. He exchanged a few doubtful words with the woman, who explained that it was a new installation on display throughout the summer.

“There you go,” Mr. Newman said matter-of-factly, as we entered the southeastern end of Central Park in search of a bench. “I gave you your color and your scene and I’m going to see what you can do with it.” We found a seat in the shade of a blossoming cherry tree. “I’ll give you a minute to write down your notes,” he joked. 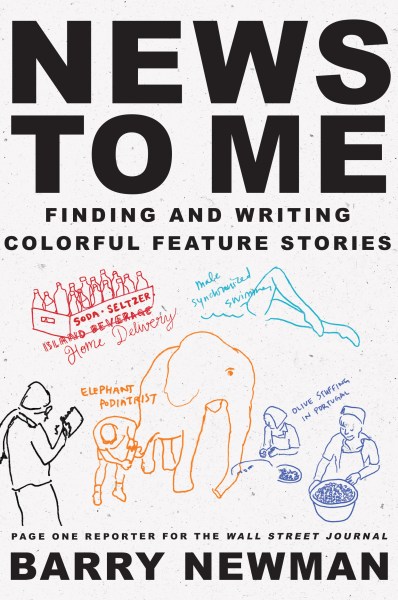 Mr. Newman knows the drill. He retired from the Journal in the summer of 2013. In his 43 years there he was known for producing, in playfully novelistic fashion, some of the finest features the paper has published, on subjects ranging from the banderilleros of Spain (collected in a book called The Literary Journalists and the inspiration for a country-music song by Baynard Woods) to, ahem, the foreskin-restoration movement.

“I never wanted to do news you can use—that was not my objective,” Mr. Newman said. “I’m sorry, I know a lot of people make livings off writing about the latest movie or play, and hats off to them, but I just wasn’t interested.”

Throughout his career, Mr. Newman—an expert in that genre now referred to somewhat pretentiously as narrative nonfiction—has stubbornly devoted himself to approaching the subjects of the day as obliquely as possible rather than head-on. In 2007, for instance, when media attention on the issue of immigration was decidedly focused on Mexico, he went north to write about the Canadian border. The title of Mr. Newman’s latest book, News to Me: Finding and Writing Colorful Feature Stories, published by CUNY Journalism Press, is a knowing wink at that philosophy.

The book, to be released next Thursday, is a collection of Mr. Newman’s old Journal stories, accompanied by essays explaining how he came up with them. That Mr. Newman should write a how-to guide seems a little out of left field, considering that, by his own admission, he doesn’t read them. (He prefers The Paris Review‘s “Writers at Work” interviews.)

But Mr. Newman makes no claims to have it all figured it out, and his book, he says, is merely one reporter’s take on how he made do in the business. It’s akin to guides like William Blundell’s The Art and Craft of Feature Writing, which Journal reporters read religiously (although Mr. Newman says he’s never finished it) and Follow the Story, by James B. Stewart, a former page one editor of the Journal who edited Mr. Newman while he was covering Eastern Europe during the fall of Communism. (Incidentally, Mr. Newman is mentioned in both books as an example of a writer whose style and techniques one should aspire to.)

Mr. Newman, who grew up in Belle Harbor, Queens, affects a kind of bumpkin-ish persona, which might seem disingenuous given that he is actually quite worldly and knowledgeable, having lived overseas—in places like Singapore and London—for about 20 years. “I never really could understand other countries,” he told me, “because I went to too many of them.” He doesn’t even like to call himself a writer. “I’m a reporter,” he said.

Mr. Newman, who wears a carefully trimmed white beard and matching hair, parted neatly to the side, said he decided to become a newspaper writer in his teens. “I’ve lived my whole life with a decision made by a 17-year-old adolescent,” he deadpanned. “Isn’t that pathetic? Maybe I should have just gone to work at a pickle factory.”

He got his first job in journalism, in 1969, in the religion department of The New York Times, cranking out five un-bylined stories a week. Mr. Newman often wrote about exorcisms—as McCandlish Phillips, the legendary Times reporter (and evangelical Christian), sat nearby praying for his welfare.

But the Times didn’t suit him. He went to the Journal in 1970 and started out on the metals and mining beat but quickly proved to be an adept generalist. His disposition fit well with the Journal, which has never really been defined by geography—and therefore hasn’t historically required exhaustive coverage of breaking news—which gives its features writers a lot of latitude.

Mr. Newman told me of his fascination with the A-hed, the Journal‘s own term for its quirky page-one features, invented by the late editor Barney Kilgore, who is credited with shaping the modern Journal. “It was delightful to read stories that had a voice, that were winking at the reader,” said Mr. Newman, who edited a recent collection of A-heds called Dogfight at the Pentagon. He wrote his first page-one feature at the age of 23. It was about coffee.

“I remember it vividly,” Mr. Newman recalled. He’d gone up to General Mills in White Plains, where the company was touting a new dark-brown instant coffee. Is it better? Mr. Newman asked the executive showing him around. No, the executive told him. No difference at all. They’d just changed the color. What’s more, they’d sealed in a blast of coffee aroma to make it more appealing to consumers. “It made me a life-long skeptic,” Mr. Newman said.

Mr. Newman sees contradiction everywhere. “I look for the irrationality of things, like these cars parked,” he said, pointing behind me at the long line of S.U.V.’s crowding up the road leading into Central Park from Grand Army Plaza. “What the hell do we need 500 cars parked in the park for? If I was a local reporter, I’d write about that.” Or how about, he said, panhandlers on subways who own cell phones? Or trucks delivering valuable art advertising that they carry valuable art.

Mr. Newman continues to read the Journal‘s A-heds from time to time, though he doesn’t keep up with them in the way he used to. There just isn’t the budget anymore, he feels, to produce the kind of deeply reported pieces that, in the past, he might spend three days gathering information for and a week writing. He hasn’t put aside the idea of working on a novel. He was approached about writing one in the ’70s, but decided he had to say no. “I didn’t have the plot,” he said.

Since he retired from the Journal two years ago, Mr. Newman, who lives in Park Slope, has continued to freelance sporadically for the paper. His last piece, published in January, was about baby bananas, which had been an “obsession for a long time,” he told me when the story ran.

Given that the spring warbler migration was happening—an obsession of mine—Mr. Newman and I decided to go looking for some birds. Mr. Newman’s wife comes from a family of English falconers, though he doesn’t do much bird watching; still, he seemed interested in experiencing something new.

And so we set off down the Literary Walk, lined with budding elm trees, for the middle of the park. We walked past the Bethesda Fountain and made our way up to the Bow Bridge to enter the Ramble, where the birds like to congregate. But before we got there, I spotted something flitting along a tree branch extended over the edge of the lake. It was a black and white warbler—not an altogether rare find but an exciting one for this amateur birder. And yet nobody knew it was there, I said, because no one was looking.

Mr. Newman, ever the reporter, took in the scene. “If I were writing a story about this,” he said, “I’d use that.” 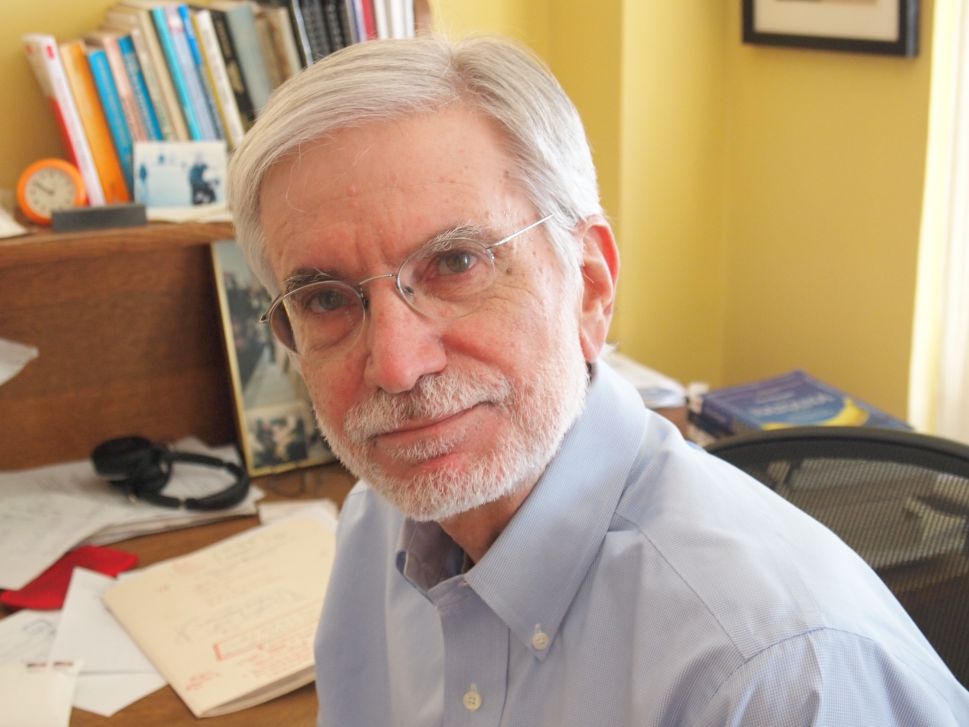