The power of retelling is never forgetting. This was what my grandmother taught me. She had an overqualified Chinese PhD in Physics nurse named Liu who made what she called “cheap soup” for her in the basement apartment of our house. Liu and I ate ramen noodles and saltines and tucked my grandmother into bed each night, and then waited for her to wake up crying.

What is remembering when it is in your blood stream? What if forgetting is an impossibility? She would cry, my 85 year-old grandmother, in her dreams. She remembered her sisters, her escape, the way she survived, the way they didn’t. She remembered her son who died of diphtheria and glossed, in those dreams, over years in slave labor camps in frostbitten Siberia. She was busy remembering life before the war, the family she lost.

Before we took a detour to Zamosc, where my family came from, I opted out of a cemetery tour in Lublin. I stayed in the back of the bus while the drivers sat in front watching soft-core porn on the video system. Everything was surreal. I wrote like a manic bunny in my diary trying to capture something or prepare me for something or conjure something. I had heard about Zamosc since I was born, before I was born, before I was. I heard stories of the food, of the synagogue, of clothes and of gossip. I heard about my grandmother’s house and my grandfather’s house and this world before a war that punctuated and punctured my family’s lives.

At a certain point the driver’s turned off the video.  The group returned, the bus filled, the driver started driving and it just happened. I got to go back. I got to go where my grandmother never returned. I got to drive in to the town, to see the Italian architecture in the piazza in Poland, the cobbled streets, the quaint hotel. The bus stopped. Everyone got off. “I’m here,” I thought. “In Zamosc.”

It happened to me three times that year, something leaping out from inside of me, something heavy, and loud, a wail like my grandmother wailed when my grandfather died, when she tried to fling herself into his grave, when my father and uncle combined almost couldn’t muscle her back from burying herself alive. It happened to me three times the year I went to Israel and then Poland, where I visited the wounds, the wounded, the wounding.

I got off the bus and I just looked around. It was like in a bad Matrix-esque film, where time stops—where everyone disappears or freezes—where the moment is so pregnant and so empty you might, if you tried, be able to slice the air open. I walked on the cobblestones and then was on the ground. I was on the ground and screaming in a way I didn’t know I was capable. I was screaming at the top of my lungs and rolling on the ground.

“Her knee?” They were all watching me, a bit terrified.  “Wasn’t her knee swollen, she must have hurt it.”  I could hear people in my group – and I could scream – and I was on the ground – and it wasn’t me and I wasn’t there and nothing was happening and everything was happening. I reached for help and terrified people backed away. I was a witch. I was a girl in the mountains possessed by the dead. I was that thing – that avoidable killable thing – I was the war. I was the grief. I was my dead family.

Another granddaughter of Holocaust survivors, a sweet woman from Australia whose great-grandparents’ grave I discovered in the vastness of the Warsaw Cemetery only hours earlier, was the only one unafraid of me. She got on her knees, and then on the ground. She lay in a curve on the cobblestone street and spooned my body, held me close to her chest, and rocked with me until I calmed down.

Eventually the Orthodox rabbi came over, I reached for him, but he backed away. He wasn’t allowed to touch a woman, let alone hold one like I wanted. He disbanded a team of women to help me, and four very brave ladies lifted me off the street and carried me into the hotel. “My family,” I kept saying. “What happened to my family?”

That night, I slept like a baby in the hotel in Zamosc because some piece of me was exhausted and another piece of me was home. And in the morning I woke at dawn and ran through Zamosc. I found the cemetery that had been erased – bodies still in the ground but Jewish gravestones gone, used by the Nazis to repave the streets. I left yellow roses I brought from Jerusalem. I found my great-aunt’s house, my grandmother’s house, the synagogue. I left eerie black and white photos of my eradicated family members all over town before the group woke and like that, we were gone, driving to the next grave.

12 hours in Zamosc. We drove from there along the train tracks to Belzec, just down the road, where my family that didn’t make it to Argentina or the US were buried in heaps. There were no names. There were no gravestones. There were names of cities – because those cities, in their entirety, lay buried in this earth. The Nazis were thorough. They documented everything. So I found my family house thanks to them, address and all, because before they killed them, before they took their belongings, and their hair, and their dignity, before they showered them in chemicals that took their lives and before they buried them, naked like animals with no prayers and no mark of distinction – before all that they recorded their names, addresses and ages. They were very clean killers. 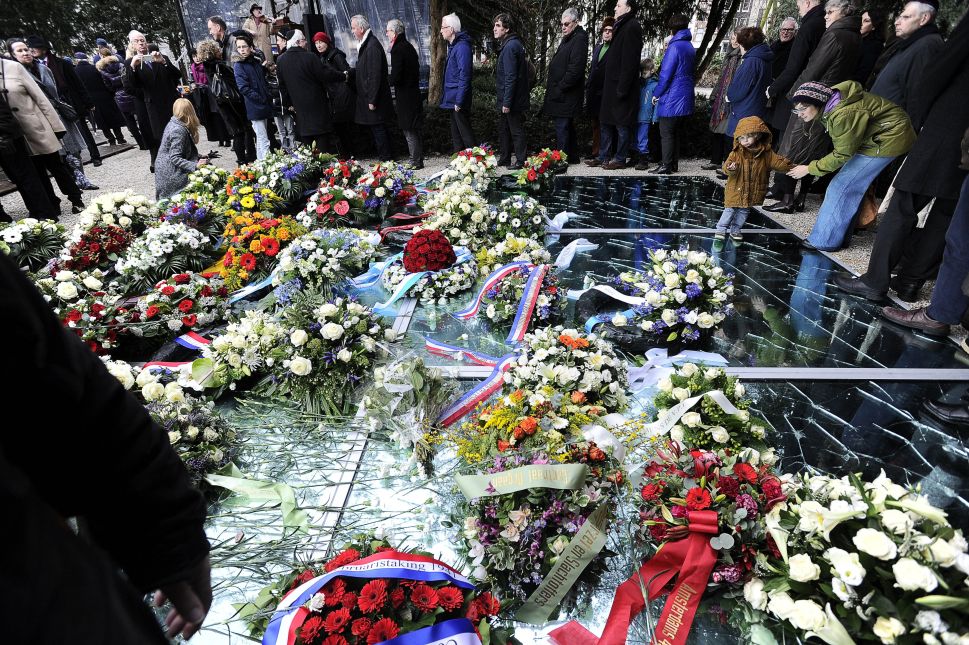