“Fight for $15” minimum wage rallies are taking place all over New York City today. Labor unions started their day early, with a protest that stopped traffic in front of a McDonald’s on Flatbush Avenue in Brooklyn. There will be a couple of rallies in Manhattan as well, culminating in a large demonstration at 5:30 PM in Columbus Circle—protesters will then march to Broadway and Times Square. City comptroller Scott Stringer supports raising the minimum wage because it would decrease annual spending on Medicaid and food stamps from $200 to $500 million. Fast food workers currently make only $7.50 an hour. (Gothamist)

Dozens of marchers protesting police violence were arrested Tuesday while marching on the Brooklyn Bridge during the evening rush hour. At least 34 people were handcuffed for various offenses, including violence against police- cops were punched in the face and struck in the head with beer bottles. Mayor de Blasio decried the violence, saying “New York City will not stand for it.” The march, which was organized by the Stop Mass Incarceration Network, began at Union Square and proceeded down Broadway to the NYPD headquarters in Lower Manhattan. Some protesters broke off from the crowd, jumped a fence and ran onto the westbound traffic lanes of the Brooklyn Bridge. The march was in response to the killing of Walter Scott in Charleston, S.C. last week. (New York Times)

It’s sad news for New York dessert lovers everywhere—Juniors infamous cheesecake will now be baked in New Jersey. The New York Times reports the restaurant will move its baking facilities from Maspeth, Queens across the river to the Burlington bakery after opening 60 years ago in Brooklyn. Alan Rosen, grandson of Junior’s founder Harry Rosen told the Times the taste won’t change, in fact they might even taste better. (The New York Times)

Since someone set off a bomb in the Armed forces Recruitment Center near 38th and Broadway in 2008, the FBI haven’t had much luck in finding the perpetrators of the March 6 attack. Now, they’re asking the public for help, offering a $115,000 reward for any information leading to an arrest or conviction. (NY1) 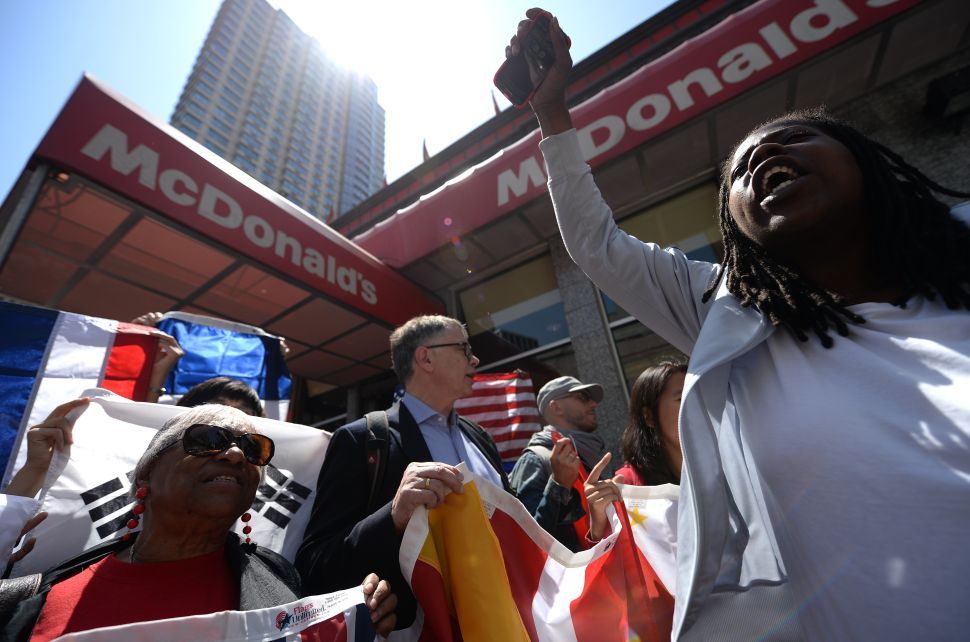