Do not be afraid to pair a tuxedo jacket with your evening gown this September.

Gender non-conforming fashion will be one of this fall’s top trends, according to the Fashion Group International, a global non-profit aiming to help members of the fashion industry excel in their careers. That involves hosting a twice-yearly ready-to-wear trend presentation outlining the most salient styles for the upcoming season—the most recent of which occurred yesterday, in the Time-Life building.

The trend does not necessarily mean women should dress as men, or vice versa. The runways, rather, showed looks that blend traditionally male and female elements: plain sweaters paired with decorative skirts; skirts worn over pants; masculine-looking shoes with heels and platforms.

“What’s his is hers,” FGI creative director Marylou Luther said during the presentation.

Here are more looks from Ralph Lauren’s “homage to the tuxedo,” as the FGI presentation put it: 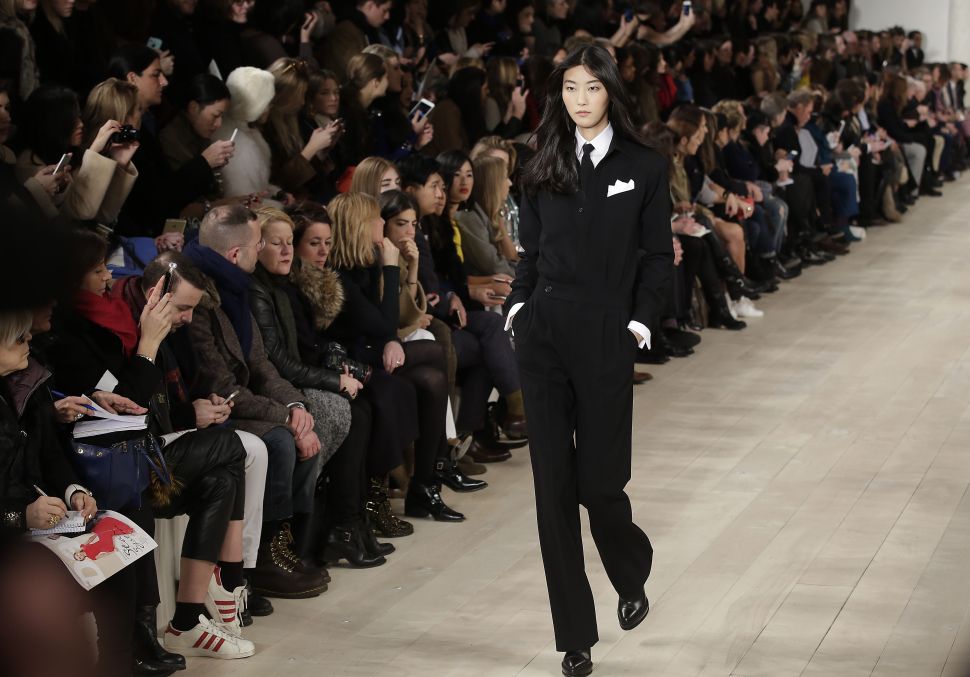