When even the New York Times starts writing about anti-Semitism on college campuses on its front pages, it’s time to sit up and take notice. Following in the wake of a story last month about a Jewish student at UCLA who was quizzed about her views as a Jew in an interview for a student government position, the latest New York Times report concerns a Stanford student who alleges that a coalition of progressives were concerned about her attitude toward divestment because she was Jewish.

Fortunately, we have not seen an outbreak of violence in the United States as we have in Europe. Nevertheless, the anti-Semitic acts on college campuses are alarming. No one should be surprised, however, given the nationwide campaign to delegitimize Israel by calling on universities to boycott and divest from the Jewish state. The Israel deniers behind these efforts have made clear they do not believe Israel has a right to exist and have cast Jewish students as defenders of Nazi-like abusers of Palestinian rights.

The degree to which some students have been cowed is typified by that same Stanford student who, before being interviewed about her views on divestment and other matters, had already scrubbed her Facebook page of any references to Israel out of fear they would be held against her. As she found out, however, being a Jew was enough for her integrity to be questioned.

We cannot blame Jewish students on campus for being intimidated. They often find themselves fighting alone for respect for their religion, their opinions, and the Jewish homeland. Peers whom they expect to be natural allies in defending democracy, opposing terrorism, and seeking peace have turned on them with a vengeance.

Hillel and Chabad cannot counter this onslaught. Not because they are indifferent but because they are afraid of jeopardizing their broader missions. In the case of Hillel, the goal is to attract and engage students to have meaningful Jewish experiences. Chabad’s objective is to educate Jewish students about their religious heritage and inculcate a deeper religious identity. Neither organization is equipped to handle significant controversy. They fear that that standing up boldly for Israel will politicize their missions and alienate a substantial number of students.

At a time when Israel is under attack on a daily basis, and Jewish students bear the brunt of the opprobrium directed at their homeland, we cannot afford to be timid. What we need are Campus Maccabees who will not shrink from controversy and are prepared to stand tall and proud in defense of Israel. No that is not right. They should not limit themselves to defense, they must also go on offense, calling out the anti-Semitism among peers and professors.

Taking on faculty takes guts, given the fear most students have that their professors can sabotage their future if they dare to challenge them. But it is in the classroom where the most serious problems exist. Professors across the country, including those teaching courses having nothing to do with the Middle East, exploit their positions of power to advance personal agendas that demonize Israel and misinform students. Nearly 2,000 professors have signed petitions calling for their universities to boycott Israeli universities, divest from companies doing business with Israel and/or condemning Israel beyond the bounds of legitimate criticism. These same people then cry McCarthyism when anyone dares to criticize their views.

These same academics use IPhones and IMacs, even though they are manufactured in China, which has occupied Tibet since 1950. Likewise, they make no calls for boycotts against Turkey, in occupation of Cypress since 1974, or against Russia for occupying Crimea. And this is aside from the fact that Israel’s “occupation” of Judea and Samaria can in no way be compared to these other scenarios seeing as Israel conquered the West Bank in a defensive war thrust upon it and has tried numerous times to come to a peace agreement with the Palestinians by ceding territory only to see thousands of its civilians blown to smithereens. As of this writing, 97% of all Palestinians in the West Bank live under Palestinian Authority control, a fact that cannot be said of Tibetans who live under Chinese oppression.

Meanwhile, university administrations hide behind “academic freedom,” the veil they have created to justify their refusal to police the academic malpractice taking place within their ivory towers. Their idea of what constitutes freedom of expression, however, is selective. They would not countenance criticism or slurs directed at women or minorities but they defend anti-Israel activities, such as the boycott, divestment, sanctions (BDS) campaign, that are affronts to Jews and, as Harvard President Larry Summers put it, are “anti-Semitic in their effect, if not their intent.”

Yesterday I received a call from Washington Square News, NYU’s student newspaper, asking me to comment on a petition signed by 130 New York University Professors calling on the University to divest from companies doing business with Israel. I was also asked to respond to their charges that Israel is like apartheid South Africa. They quoted me as responding, “Any professor who calls Israel an apartheid state is guilty of ignorance, moral blindness, and an assault on the sacred memory of Nelson Mandela, who they are of necessity comparing to Yasser Arafat. Mandela was a man of peace who brought together people of different races in harmony and equality. Arafat is the father of modern international terrorism. Hamas is dedicated in their charter to the genocide of Jewish people wherever they may be found.”

For too long American Jews have made unity a priority over survival. Now, hardly a day passes by when there isn’t a fresh outrage against Israel at American Universities.Campus organizations continue to make this mistake. Some Israeli policies are controversial, and taking a position will upset many students, which is exactly what organizations want to avoid. This is why we need Campus Maccabees who will fight for what is right, not just what is popular, who will embrace rather than shrink from controversy, and who will not tolerate anti-Semitism in any form whatsoever on their campuses. 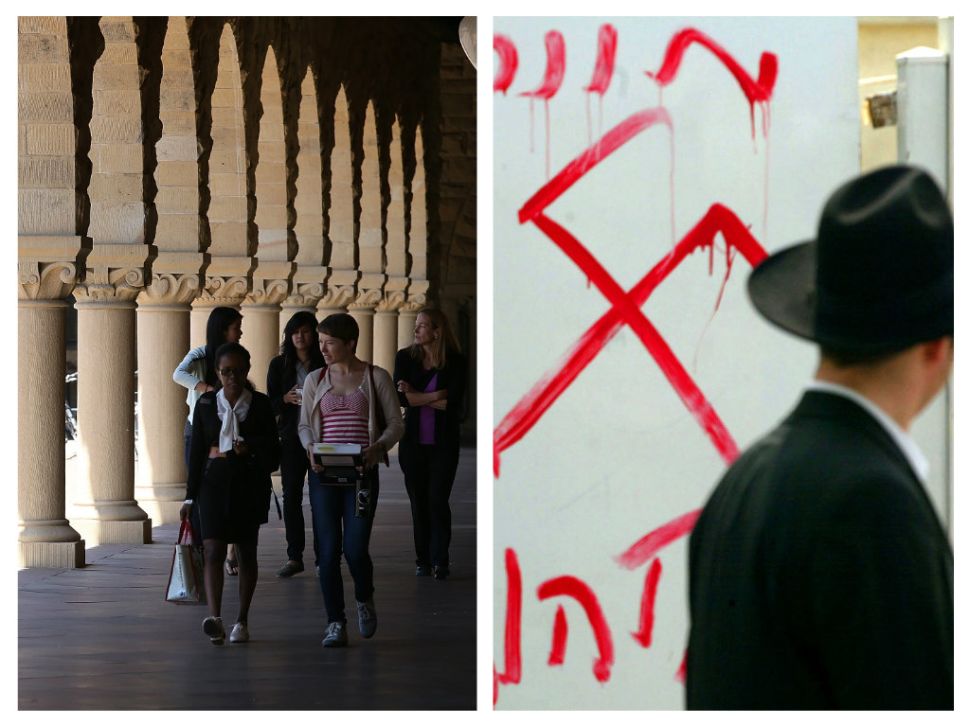