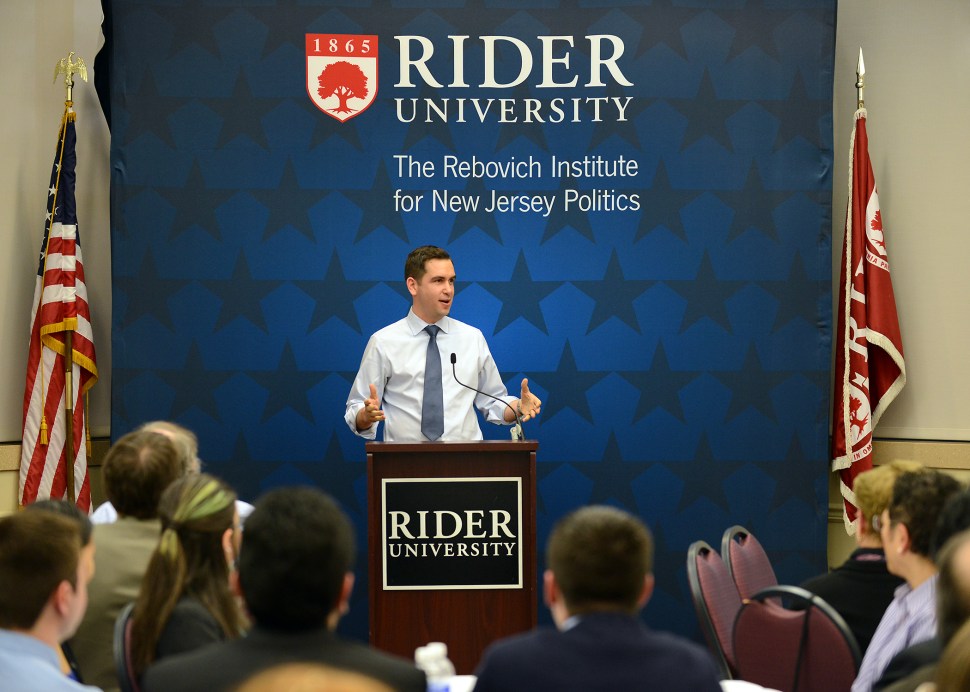 RIDER UNIVERSITY -He put aside all April Fools jokes, but the big question coming in to the Rebovich Institute for New Jersey Politics was whether Jersey City Mayor Steven Fulop could put aside his BlackBerry long enough to personally interact with young people.

One of the younger players in New Jersey Politics – and a possible 2017 Democratic candidate for governor – Steven Fulop is hoping to gain the support of the under-engaged youth of politics. Jersey City is becoming increasingly more populated with the younger generation and with unbeatable views of New York City, access to great public transit, and a rapidly growing living community, it is no surprise that Jersey City is in New Jersey’s spotlight.

It is said, however, that while he is able to make speeches, the wonkishly technocratic mayor’s interpersonal skills lag.

But Fulop’s so-called underwhelming sociability was not on display tonight as he animatedly made his way from table to table greeting Rider University students and visitors from across the state. Engaging students and making jokes, Fulop evaded assumptions previously made.

“What’s happening in Jersey City today, is really exciting,” Fulop said. “When I came into office, I came in with a simple mindset that by the end of the term to be on par as one of the best mid-sized cities in the country… In everything we do, we make it big.”

Fulop spoke of new construction, which includes the building of a 95-story residential sky rise building. “It will change the entire skyline.” said the mayor, first elected in 2013.

He then spoke of other ways Jersey City has been pushing breaking reforms such as paid sick leave and embracing the Affordable Care Act, both highlighted by President Obama. “We have signed up ten percent of the entire state of New Jersey, and we are only two percent of New Jersey’s population.”

The audience asked several questions about business growth and Fulop’s efforts to make his community more business friendly and he spoke of his efforts to improve Jersey City according to new trends, including the ways millennials shop.

The mayor also spoke about the flourishing arts community.

“It is a byproduct for a lot of different reasons, some of it is proximity to New York City, some of it is cost, but what we have lacked is major cultural institutions,” Fulop said. “We are very close to a resolution on a major theater – a three thousand person theater that will be bigger than NJPAC to be exact. A community group named Friends of Loews is part of that right now. It will be a $40M dollar renovation on a 1929, turn on the century theater. The final court case will take place next month.”

Fulop made it clear that he did not want to engage in any state discussion that did not pertain to Jersey City itself, and left students with a note of the importance of education and following one’s bliss, as he did apparently when he left Goldman Sachs for the United States Marine Corp and later, for politics full-time.

Mayor Fulop left the room – and a very satisfied audience. 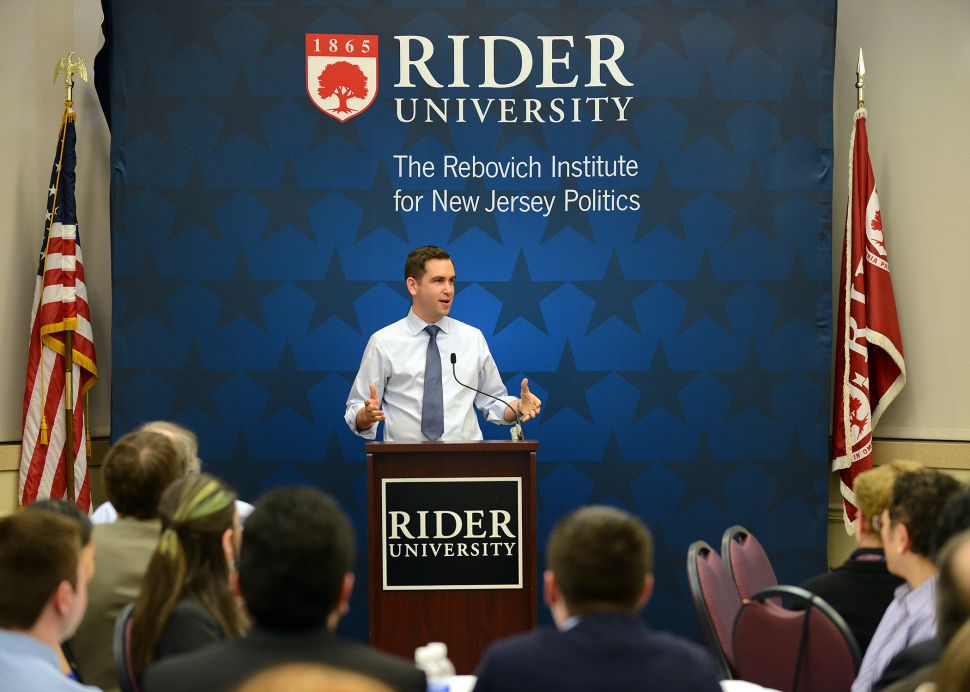