Geoffrey Davis, a candidate for an open Assembly seat in Brooklyn, was forced to again last night to deny allegations that he had abused women.

Pressed by a rival contender, Diana Richardson, on his “history and accusations of domestic violence and stalking,” Mr. Davis said he was the target of viscious rumors–even though he was accused of beating up women twice.

“Anytime you’re in the forefront, actually getting a job done, taking care of business in the community, dealing with education, housing, violence and so many things, supporting artists, you’re a target,” Mr. Davis, a Democratic district leader, said during a televised debate on NY1. “These are heartful, heart-breaking rumors about my character. But I didn’t let it stop me.”

After listing some of his accomplishments, including his work combating gun and domestic violence, he said that the charges, which he again called “rumors,” were “false entirely.”

“In fact, in fact we hold domestic violence programs at Kingsbrook Jewish Medical Center on a regular basis where I’m the ambassador of health and wellness,” Mr. Davis added.

“There have been reports, not of rumors, of you being charged,” Errol Louis, the host of NY1’s Inside City Hall, said to Mr. Davis.

“Charged, but not convicted. In fact, the person that charged me with this is the treausurer for Shirley Patterson’s campaign right now,” Mr. Davis replied, referring specifically to former District Leader Renee Collymore, who filed charges of stalking and harassment against Mr. Davis, an ex-boyfriend, in 2007. Ms. Collymore, an ally to another candidate in the race, District Leader Shirley Patterson, eventually dropped the charges.

“I haven’t talked to that woman in about 10 years, eight years, once I realized that was a political hit … on my character. But certainly those are charges, not convictions. I never had a felony, I never been in prison,” Mr. Davis said. “If it was true I wouldn’t be sitting here today.”

But Mr. Davis, who has run for office before, has a long rap sheet. When he unsuccessfully ran for his slain brother’s City Council seat in 2003, he was dogged by past convictions for soliciting a prostitute, selling pot and nonpayment of child support and an order of protection taken out by another ex-girlfriend, Tanya Tyree.

Mr. Davis is one of four candidates running to replace Karim Camara, who resigned this year to take a position in the Cuomo administration. Due to a strange series of paperwork snafus, the Democratic line will be vacant. Mr. Davis, one of three registered Democrats running, created his own ballot line known as “Love Yourself.”

He is facing Ms. Richardson, the Working Families Party candidate, and Shirley Patterson, a Democratic district leader running on the Independence Party line. Menachem Raitport is running on the Republican and Conservative Party lines.

The special election for the Crown Heights-based seat is May 5. 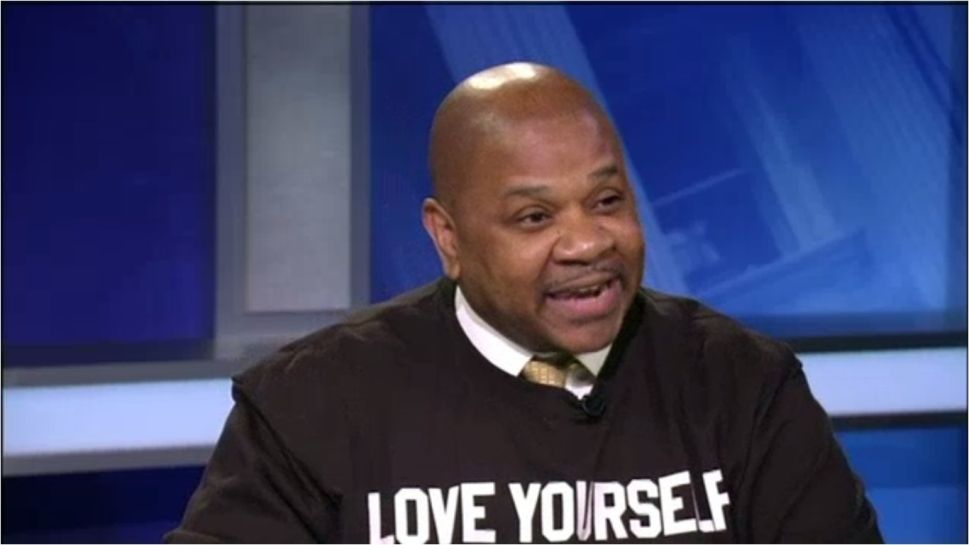