Trustees of a powerful religious organization threatened a Brooklyn assemblyman with a primary challenge if a controversial education tax credit does not pass the Assembly, sources say.

Trustees of Agudath Israel of America, an Orthodox Jewish organization, told Assemblyman Steven Cymbrowitz, a Sheepshead Bay Democrat, during an Albany meeting in April that he would be the target of a 2016 primary if the education investment tax credit, a bill that would give a tax break to people and companies donating money to public schools and private school scholarship funds, does not become law this session.

The trustees, Chaskel Bennett and Leon Goldenberg, met with Mr. Cymbrowitz, a supporter of the tax credit, on April 1, sources say. Assembly members Helene Weinstein, Michael Simanowitz and Dov Hikind were also present, but were not threatened with a primary challenge.

“Steve has seniority and importance in the Democratic conference,” a source familiar with the meeting explained. “He campaigned on passing this and the question becomes, ‘Why doesn’t Steve have any juice to get this done?’ The pieces seem to be in place.”

“They’re thinking, ‘I have no use for Steve Cymbrowitz. He’s not Orthodox. We might as well have someone from the community in that office,'” the source added.

Mr. Bennett declined to comment on the meeting and Mr. Goldenberg did not immediately return a request for comment.

Agudath Israel, a nonprofit that cannot legally make endorsements, and its allies are getting restless. David Zwiebel, Agudath Israel’s executive director, told the Observer this month that while he could not endorse in any primary contests, it was possible that members of his organization, as individuals, could mobilize against Democrats reluctant to back the bill.

The State Senate passed the EITC, which is derided by the teachers’ unions and some liberal Democrats as a backdoor voucher program, in January. Gov. Andrew Cuomo and Assembly Speaker Carl Heastie are also counted as supporters.

State Senator Martin Golden, a Brooklyn Republican and EITC supporter, warned in March that religious groups would use a “nuclear option” if the tax credit does not become law soon.

“A rabbi today, I understand, I’m not gonna go into names but he mentioned some of the groups that went in and met with some of the assembly members and said, ‘Listen, we’re gonna run against you. We’re gonna put people up against you and you and you’ and they even named the people they’re gonna put up,” Mr. Golden said in an interview on the television show The Jewish View that was posted March 25.

It’s unclear if Mr. Golden was referring to the April 1 meeting or another meeting, but a host of The Jewish View, Marc Gronich, suggested Agudath Israel and Orthodox Union, another influential Jewish organization, were willing to indirectly back primary challenges against lawmakers.

Mr. Cymbrowitz is in a particularly precarious position. He has faced Democratic primary challenges in 2012 and 2014 from an Orthodox Jewish candidate, Ben Akselrod, who ran to his right.

In a statement, Mr. Cymbrowitz said he has an “excellent” relationship with Agudath Israel. He did not deny he was threatened with a primary challenge.

“Agudath Israel is a not-for-profit organization and, as such, cannot make endorsements,” Mr. Cymbrowitz said. “I have always had an excellent relationship with Agudath and its members and I’m confident that this relationship will continue in the future.” 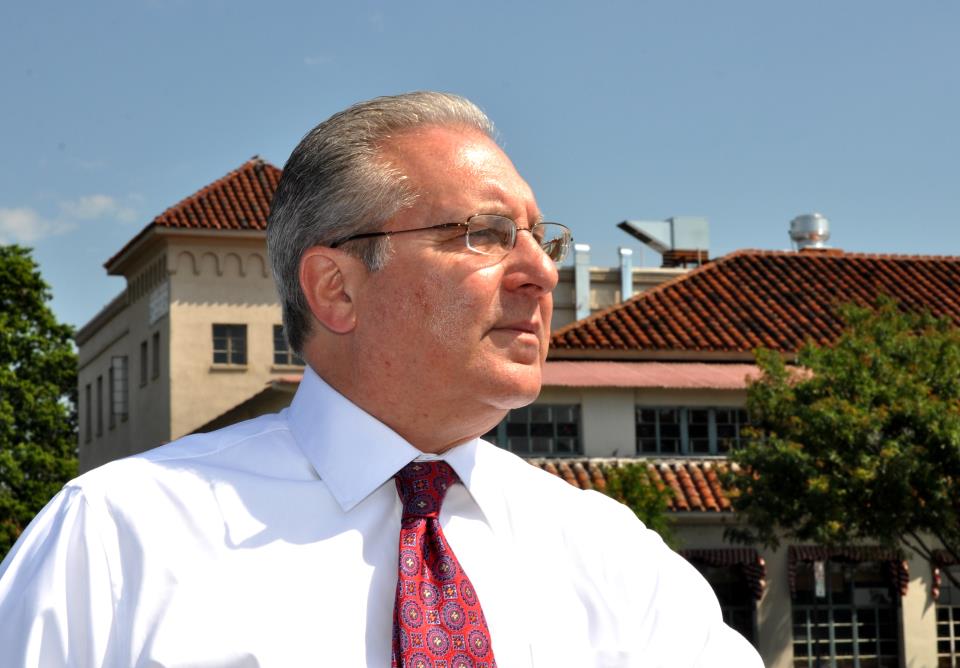