When the laws of society depart so far from the moral law that you can no longer intuit the difference between the right and wrong conduct that could subject you to punishment, be afraid.  For people involved in politics, be very afraid.

Political party officials and people who raise money, contribute money or need money to get elected should be terrified after reading the Menendez indictment and watching the Ferriero trial.

In the Menendez indictment, the US Attorney calls contributions to legally formed campaign committees “bribes.”  They assert that if a donor can be alleged to receive a benefit from the elected official, the contribution from that donor is a bribe in exchange for the benefit.

Put aside the fact that in the Menendez case the “donor” is a twenty plus year personal friend predating Menendez federal office holding.  Also put aside the fact that two of the three things the donor is alleged to have received over a six year period in that case never happened.  The mere “attempt” to assist a donor appears to have been enough for prosecutors to indict.

Yes, prosecutors can indict a ham sandwich.  But when it comes to political campaign contributions everyone involved in politics can become a ham sandwich:

If political contributors cannot freely support the candidates of their choice without fear of criminal prosecution then campaign finance laws fail and the first amendment has no meaning.

While everyone knows that it is wrong for elected officials to profit from their office, the Ferriero case would extend that moral prescript to political party officials.  In the Ferriero case, even political party officials cannot profit from their party position.  Again, putting aside what former Democratic Chairman Joe Ferriero may or may not have done twelve years ago to warrant indictment, the basis for his indictment was his volunteer position as a county Democratic Chairman.

The criminal law must have some correlation to the moral law so ordinary Americans, without assistance from lawyers, can intuit whether conduct is right or wrong.  Money in any form given in exchange for special treatment or contracts clearly violates the moral law and the criminal law.  However, a prosecutor implying quid pro quo generally or circumstantially makes it impossible for the giver or the receiver of political campaign contributions to ever intuit wrongfulness.  An implied quid pro quo can never be knowing in the mind of anyone other than an all knowing prosecutor with the luxury of reviewing campaign contributions after the fact and the patronage of taxpayers to pay for their time.

If judges do not restore reason and common sense to wild interpretations of law and reckless applications of law developed by prosecutors at taxpayers’ expense, then lawmakers must be more clear and precise when they draft laws and expressly indicate what conduct is and is not criminal. 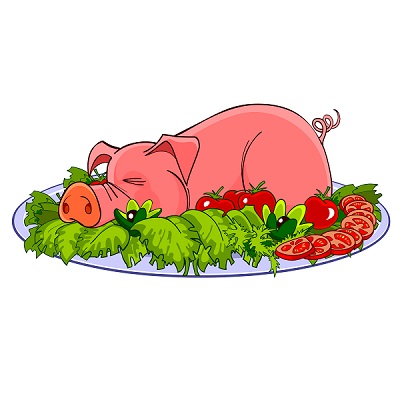