Dr. Ben Carson, the retired neurosurgeon and potential presidential contender, said he watched the shooting death of an unarmed black man, Walter Scott, in South Carolina with “horror”—and contended the controversy would show where American law enforcement “come down” on the issues of race and policing.

But Mr. Carson, an African-American Republican, also argued that blacks must acknowledge that some people are “thugs” who don’t follow the law.

“Speaking of police, this situation with Walter Scott in South Carolina, I viewed that video with the same horror everyone here did,” Mr. Carson said today at Rev. Al Sharpton’s National Action Network Convention in Manhattan. “This is such a clear-cut case that I believe it’s going to give law enforcement in this country an opportunity to really tell us where they are in this controversy.”

A white police officer in North Charleston, S.C., was charged with murder on Tuesday after a video surfaced showing him shooting in the back and killing Scott while he ran away. The officer, Michael Slager, said he had feared for his life because the man had taken his stun gun in a scuffle. A video, however, shows the officer firing eight times as Scott fled. The shooting came less than a year after the high-profile deaths of black men in Staten Island and Ferguson, Mo., in police custody.

Mr. Carson, a rising star in conservative circles, said law enforcement will have an opportunity to “demonstrate which side they come down on,” sounding almost like the Democrats he reviles. But he made sure to imply that he believes blacks clashing with law enforcement can also be blamed for tragic outcomes.

“I also think that we in the African-American community have to make sure that we also recognize that sometimes there’s fault on our side. Sometimes we have people who don’t obey the law, don’t do lawful things and are thugs,” he said.

Despite his controversial rhetoric–Mr. Carson once compared Obamacare to slavery and gay marriage to bestiality–he received several warm ovations from the crowd at the Sheraton Hotel in Midtown. Mr. Sharpton said inviting Mr. Carson was an effort to expose his followers to other viewpoints. He said Mr. Carson wasn’t a “phony.”

“We have become so animated with polarized sides that we lost the ability to disagree but have a dialogue,” Mr. Sharpton said before Mr. Carson spoke.

After Mr. Carson addressed the convention, touching on topics like his hardscrabble upbringing in Detroit, his faith, and his celebrated career in neurosurgery, Mr. Sharpton, with a smile, said Mr. Carson still can’t have his endorsement.

“You may not be my choice for president, but if I need surgery, you’re my man,” Mr. Sharpton said. 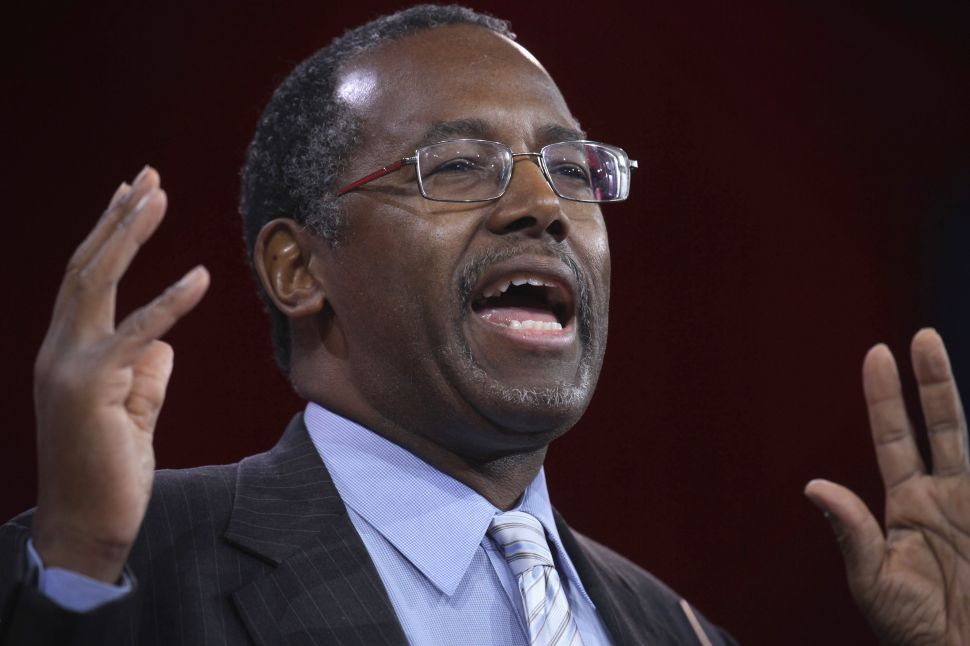