Mitchell, a former freeholder who is attempting a political comeback after narrowly losing his seat in 2013, was flanked by his Bergen GOP freeholder running mates, Daisy Ortiz-Berger, of River Edge and Ramsey Councilman Ken Tyburczy. 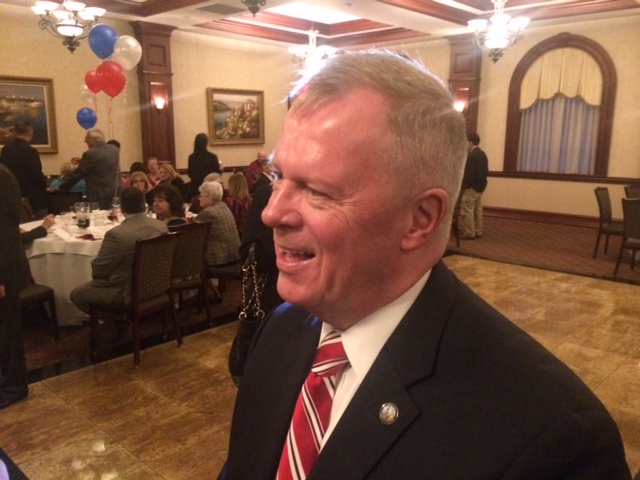