Mayor Bill de Blasio had a very profound commitment–to hanging out and doing nothing.

The mayor, who has publicly declared his love for his wife, Chirlane McCray, countless times, said he had a “wonderful” romantic getaway in Puerto Rico last weekend. For Mr. de Blasio, it was the type of vacation he said he hasn’t had in many years.

“It was supposed to rain the whole time. It was sunny the whole time,” Mr. de Blasio told reporters at an unrelated press conference in Brooklyn, where skies were overcast and the temperature did not crack 50 degrees. “It was a wonderful romantic getaway such as we have not had in many, many years and it was glorious.”

“We did a lot of nothing,” Mr. de Blasio continued. “We just hung out. Chirlane and I just hung out a lot–a very profound commitment to hanging out.”

This was Mr. de Blasio’s second vacation since he was sworn in as mayor in January 2014, but the first getaway that didn’t include his children, Dante and Chiara. Mr. de Blasio took a family vacation to Italy last summer, but it was hardly a private affair–reporters followed him from stop to stop and he held many public events with Italian officials.

This time, no reporters were around for Mr. de Blasio’s Puerto Rican vacation. Nor were they present for Gov. Andrew Cuomo’s weekend trip to the Caribbean, which occurred at the same time as Mr. de Blasio’s jaunt.

Mr. Cuomo never revealed the country he traveled to. 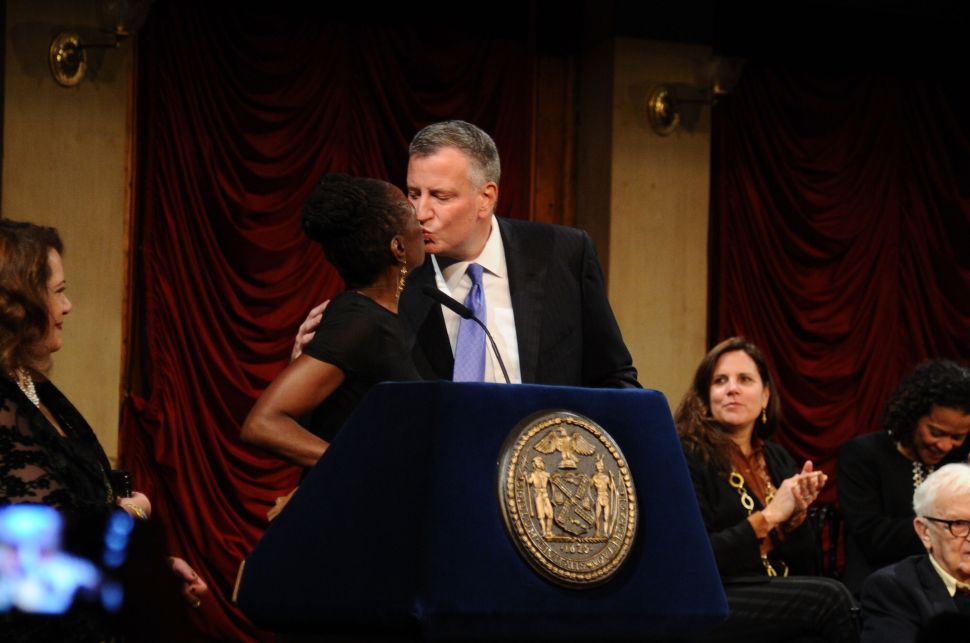