“I have been for years and years, going back to his time as mayor of Burlington, Vermont, I’ve been a fan of his,” Mr. de Blasio told reporters. “He’s spoken about the issues of income inequality long, you know, before it was part of the core of the national [conversation]. So I give him a lot of respect for that and I’ll certainly look forward to talking to him more.”

Mr. de Blasio and Mr. Sanders, a Brooklyn native, were both at Rev. Al Sharpton’s National Action Network Convention in Manhattan today. Mr. de Blasio was seen whispering in Mr. Sanders’ ear when he appeared on stage with the veteran lawmaker, an independent and one of the most liberal elected officials in the country. The scene led Mr. Sharpton to joke that their whispering, rather than the discussion of civil rights and police reform, would garner tabloid headlines.

Like Mr. Sanders, Mr. de Blasio is trying to make himself a leading voice on progressive issues like income inequality. The mayor, unlike Mr. Sanders, is ensconced in the Democratic establishment, having managed Ms. Clinton’s 2000 campaign for the U.S. Senate. Ms. Clinton, who is expected to announce her presidential campaign as soon as this month, is likely to receive the backing of Mr. de Blasio, but the Democratic mayor implied that Ms. Clinton, derided by some liberals as too centrist, must take up progressive causes to receive his unequivocal support.

“Until she makes a formal decision, I won’t speak about her as a candidate,” Mr. de Blasio said today. “A broad point would be that all candidates should speak to the issue of income inequality.”

“I think this is what’s being felt so deeply around this country and I think a forthright message on how we will address economic unfairness and create a more balanced society again in terms of economic opportunity is absolutely necessary for anyone running at this point for 2016,” he added. 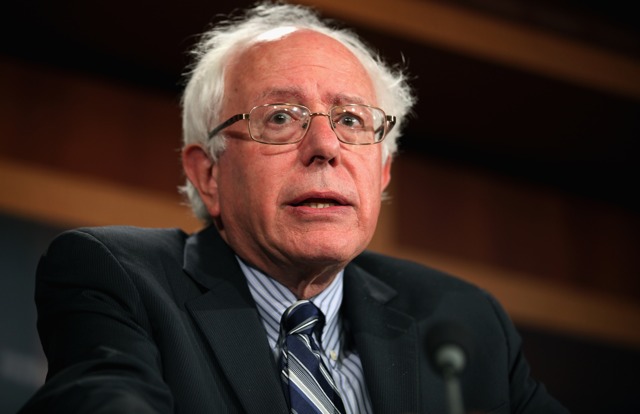