The final four episodes of Bloodline go down like a sleeve of Oreos on a bad day. Knocking them back in rapid succession, until you reach down, feeling nothing but an empty tray. Plotlines submerging, suspense peaking, holding back just enough information to still leave us gasping, “Oh my God” at the end. We’ve known Danny would reach his untimely demise since the pilot, but I questioned how, or who would do the deed, up until his final moments.

Throughout these last few episodes, we see Danny Rayburn transform from the awkward black sheep we sympathized with, to an unfortunate version of Walter White. Doubling down on his drug business, tricking DEA agents, and then threatening John’s family, Danny has officially broken bad, making it impossible to keep rooting for him. He will stop at nothing to usurp the Rayburn throne. “You take me down, you take down the whole family,” he warns John. “I call the shots now.” (“I’m the one who knocks” – ya feel me?)

Despite everything, John Rayburn keeps trying to see the good in Danny, hoping to work things out. But when Danny snatches Jane after school, John turns into Liam Neeson via Taken, searching everywhere for his daughter, utilizing all his cop powers to find her. Calling the inn, he finds out Danny left a message for him, “Not to worry. She’s with an adult.”

John stiffens upon hearing those words, an eerie echo from the flashback scenes, in which John begs Danny not to take Sarah out on the boat the day she died, because they need adult supervision. We finally see exactly how Sarah drowned. The seahorse necklace, which we’ve seen glimmering from ghost Sarah’s chest, falls into the ocean. Swimming to the bottom, reaching down into a cluster of rocks the necklace slipped between, Sarah’s arm gets trapped. Danny tries to pull her out, but runs out of air and strength. By the time he’s able to dive back down, her body is lifeless upon the rocks.

It’s a chilling scene to watch. Experiencing that first hand, then getting badly abused by his father, and the whole family blaming him for Sarah’s death, Danny didn’t stand a chance for a normal life. John and Mama Sally understand this, and both feel tremendous guilt for letting Papa Rayburn make Danny be the scapegoat for all the family’s problems. Obsessed with those old interview tapes, Danny has now memorized the false statements his brothers and sister gave the police about his injuries, repeating them out loud like mantras, fueling his desire “to make them feel what I feel.”

After the most uncomfortable to watch, weirdly flirtatious day out on the boat with her Uncle Danny, Jane returns home, completely unaware of the depth of the situation. John’s relief to find her safe and sound is fleeting. Hanging from Jane’s neck is that shiny gold seahorse necklace, a barely veiled threat, and the last straw for John.

Meg has also had it with Danny’s threats, telling Marco herself about the affair. Marco, the most honest and virtuous person on this show, leaves her. We know he’ll be better off, but yearn for him to stick it out. His goodness is exactly what Meg, and all the Rayburns, need around.

Kevin figures out that it was his sinister brother who had him beat up, but Danny proclaims innocence, and at his most creepiest, tells Kevin they’re now Eskimo brothers. “I ask her to call me Kevin,” Danny says, describing his sexual relations with Chelsea, detailing how much it arouses him to finally have something in common with his youngest brother. Woah. Danny has become a total sociopath, questionably beyond redemption or saving.

When John asks Danny if he knows that his drug boss, Wayne Lowry, is also a human trafficker, guilty of killing numerous innocent people, Danny clearly has no idea. After finding out this is indeed true, Danny still chooses to help out Lowry, using the information John leaked to him about the drug investigation, to help him flee from the DEA. This decision turns fatal, as Lowry then puts out a hit out on Danny. Seeing a man approach Danny’s hideout, John decides to do nothing to stop his brother from getting killed. Driving home in the torrential Florida rain, John writhes under the weight of his decision, so many conflicting feelings, and not a word spoken, the agony clear in Kyle Chandler’s face.

However, Danny was already two steps ahead. He knew a hit man was coming after him, standing at the ready with a lethal conk shell, and by means of Chelsea, also knows that John turned a blind eye. This leads to the dramatic final showdown between Bloodline’s Cain and Abel. Both Chandler and Mendelsohn, earning their Emmy whispers, seethe with decades of pent up frustrations. Defending his actions, holding up the seahorse necklace, John says he can only forgive so much, begging for when all this is all going to end. Danny scoffs at this, “It doesn’t end for me. Why should it end for you?” Unable to live in constant fear for his family, John knocks Danny to ground, furiously drowning him in the shallow end of the ocean.

With the calm clear sea expanding out towards the sunrise on the horizon, it would be a snap shot of perfect beauty if it weren’t for Danny’s body floating face down in the , and John, curled up in a ball of shock on the sand. Nearly suffering a heart attack, John is rushed to the hospital. Kevin and Meg, barely able to hold it together, stuff Danny’s body in the trunk, and await John’s instruction in how to proceed. Together, they strategize and formulate a master plan. Reminiscent of the final scene in The Usual Suspects, when John is brought in for questioning about Danny’s “disappearance,” his explanation shows just how their plan worked, leading the cops to pin it all on Lowry. I will never be able to look at seersucker suits the same again.

Time jump to a month later, Meg is working at the new law firm in New York City. Kevin is back together with a now pregnant, Belle. Touching her belly, he asks if there’s really something in there, and Belle replies, “Maybe I’m puking every morning because I’m waking up next to you.” HA! Yes, maybe. I laugh out loud, perhaps, for the first time this entire series. Bloodline could’ve benefitted from a little more dark humor. Families crack jokes with each other, even when they’re fighting.

John gets nominated to be Monroe County Sheriff, and speaking at a dinner where he’s being vetted by a table of local decision makers, we realize this is where the voice-over narration has been coming from. John hasn’t been talking to the audience, he’s been expertly twisting his story of murdering his brother into a “poor me” tale. Mmmkay. Perhaps, we’ve misjudged who the true sociopath is in the Rayburn family.

Everything wraps up nicely, and so in the last few minutes, when a few open threads come loose, it feels a little random and forced. Except for the fact Netflix has already announced there will be second season. Bloodline works wonderfully as a miniseries. There are a few gaping holes, particularly the void of not describing anything that happened during the 30 years after Sarah’s death that made the Rayburns loathe Danny even more, but since we already know how and why Danny dies, it’s hard to now care for such details.

I’m curious as to what direction the creators will take the show. I hope things keep moving forward, as the flashback and flash-forward scenes don’t work as well here as they did in Damages. This series excelled in showing the complicated intricacies of a sibling relationship, perfectly displaying how it’s possible to love and hate someone so much, at the same time. The scenes that breathed the most intensity were always the ones featuring the family sitting around the dinner table, simply trying to get along. Focusing more on those moments, especially with Chandler at the helm, and less on expositional tricks, I’m game for more Bloodline. 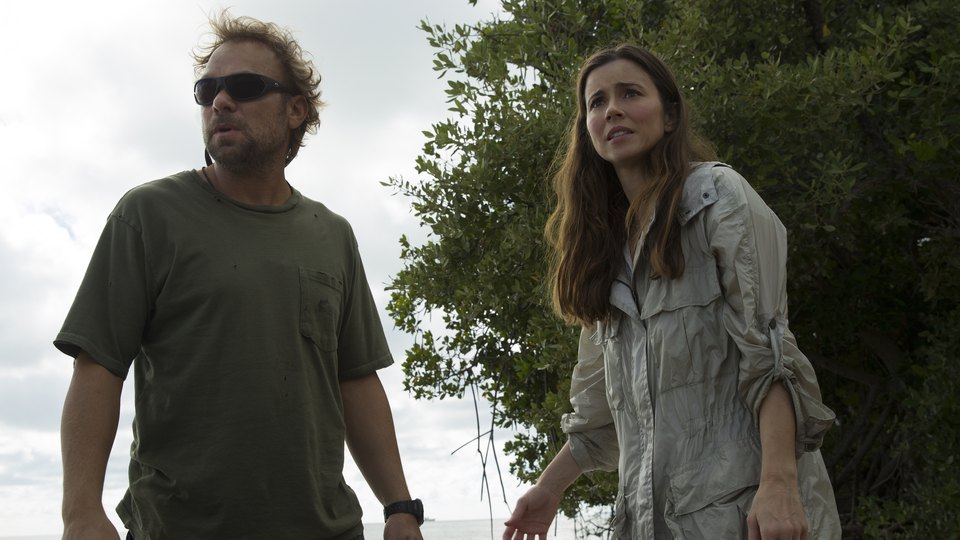