PATERSON – U.S. Senator Cory Booker (D-N.J.) and Congressman Bill Pascrell (D-9) both spoke publicly in Paterson on Tuesday about proposed legislation that would protect against predatory tax-time products. Last week proved that only one thing is as certain in New Jersey as death and taxes: politicians getting indicted.

The 14-count federal corruption indictment filed against U.S. Senator Bob Menendez (D-N.J.) last Wednesday both exploded loudly yet tolled familiarly. New Jersey is a place with a political history and culture that often makes it seem less like the Garden State and more like the Gangster State.

Both Booker and Pascrell continued to stand by their Democratic colleague on Tuesday, almost a week after Menendez’s indictment and arraignment sent shock waves throughout the New Jersey political scene. But when asked by PolitickerNJ about the national ripple effect of New Jersey’s politics again shifting toward shades of gray, both men addressed the impact of the state’s colorful scene.

“I don’t think there are any more criminal politicians in New Jersey on the average than most states. It’s just that they’ve done a terrible job of covering up their crimes,” Pascrell said. “You’re not telling me that folks in other states don’t have the same propensity.”

Booker’s growing national profile has led to some speculation that New Jersey’s junior senator could be on a short list of potential vice presidential candidates if Democrat Hillary Clinton makes her expected 2016 run for the White House. The dulling effect of the murky aura around the state’s latest potential peccadilloes could diminish an ambitious New Jersey politician.

“There are thousands of elected officials in our state who go through their entire careers not only never getting indicted or in trouble with the law, but actually serving honorably and with character,” Booker said, “I focus on the excellence, sacrifice and commitment that is the norm in New Jersey politics.” 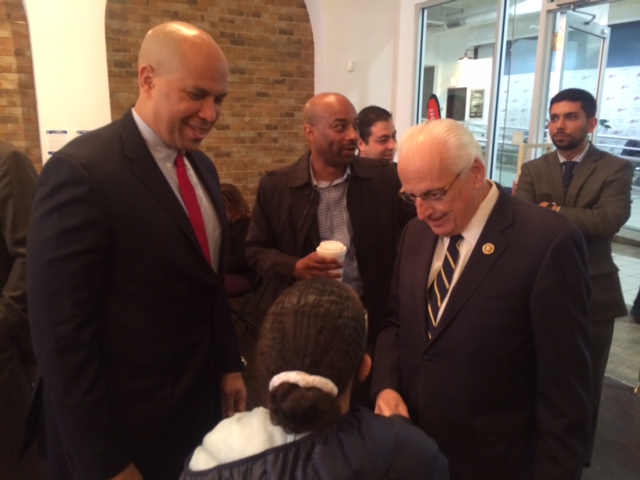