Like any sensible person, I do everything within my power to steer my life around the stinking vortex of the Kardashian family. I don’t keep up with them on their E! show, I don’t follow any of them on Twitter, I don’t click any click-baity headlines in my Facebook trending feed. I even avoid the clown car that is Kanye West’s insane ramblings, knowing full well I am going to miss out on the rare bits of pure genius that occasionally arc through the cultural conversation like comets of inspired lucidity.

Still, avoiding the Kardashians was impossible last week with Diane Sawyer’s blockbuster interview with Bruce Jenner, as he finally sat down to discuss transitioning from the greatest male athlete on the planet to…well, he’s not quite sure yet—though he does know that, “for all intents and purposes, [he is] a woman.” For most people, if social media is to be believed, the two most shocking things to come from the Bruce Jenner interview were 1) that he is a Republican and 2) that Kanye offered the most insightful supportive commentary from the Kardashian side of the family.

Neither of these things should be all that surprising: Jenner is a wealthy, 65 year old white man living in Calabasas—he fits the description. And say what you will of Kanye’s antics, when you put him up against all the other members of the Kardashian-Jenner clan, he is the only one a) with talent b) to have produced anything of actual artistic or cultural merit.

All of this got me thinking, much to my chagrin, about the entire Kardashian phenomenon—the sex tape, the famous for being famous, the surreality of their “reality” shows, the business of being them. They’ve been at this for a decade. The sex tape came out in February 2007, but it was filmed in 2003. Keeping up with the Kardashians debuted shortly thereafter (thank you Ryan Seacrest). In 2010, Kim signed a bunch of endorsement deals, which led to 6- and 7-figure appearance fees, which led to product lines, and it’s been off to the races ever since. The most interesting race of which was the one to her bedroom by a string of high profile professional athletes—Reggie Bush, Miles Austin, and Khris Humphries—until she finally wised up and settled down with a rapper (I bet those are 10 words you never thought you’d see in print). And we haven’t even started in with the Jenner kids—Brody and his stint on The Hills; Kendall and her stint with modeling; Kylie and her stint with ridiculousness.

The whole enterprise is just such an unbelievable, indefatigable shitshow (like the Cleveland Browns) that I started wondering, half-seriously, what if the entire Kardashian franchise was an elaborate ruse? I mean, all this nonsense can’t be real, can it? What if it was just one big blended family playing the super long game in preparation for this moment with Bruce Jenner—designed specifically to make the announcement of his transition seem like the least crazy thing to come out of that family in a decade!

With the revelation in the days after the interview that all of Jenner’s ex-wives knew about his struggle with gender dysphoria, we can assume it was more or less an open secret with the people closest to him. And we know from relatively recent experience—Chaz Bono, Chelsea Manning, Alexis Arquette, Lana Wachowski—that issues of sexual identity rarely stay down forever. So really it was only a matter of time before Jenner would have to confront the issue publicly. What better way to till the ground for this future moment in hopes of cultivating acceptance, than to surround him with seven of the craziest, most narcissistic, frustratingly superficial and self-aggrandizing people television has ever known and then have them engage in an escalating series of overly dramatic, rage-inducing, attention-seeking behaviors that allow him to be the calm, stable, empathic presence. The steadying force. The normal one!

It’s kind of genius, right? A benevolent conspiracy. It makes total sense when you really sit down for a minute and think it through (of course it doesn’t). What really makes the idea so appealing is that it’s the kind of conspiracy theory you want to believe. And you want to believe it because you’ve spent the better part of the last eight years refusing to believe that this collection of mouth-breathing troglodytes could be richer and more famous than any of us could ever hope to be, despite a demonstrable lack of talent, intellect, taste, or ethics. We literally cannot comprehend how these people got so rich and so famous, so stories like the one I just constructed are not only easy to believe, but they are easy to build out into complex, multi-layered narratives that reinforce how we think the world is, or should be.

This phenomenon, I think, explains pretty much every major conspiracy theory we confront in our culture today: anti-vaxxers, 9/11 truthers, evolution and Holocaust deniers, Moon Landing skeptics. The fundamentals of each conspiracy’s underlying subject are so unbelievable, so esoteric, so vast and microscopic, so infinite and infinitesimal, so outside the scope of anything most of us confront on a daily basis, that a healthy subset of society is incapable of wrapping their brains around it. Even the most basic questions are so complicated that their answers are inaccessible:

How could injecting someone with a live version of a virus possibly protect them from the virus? How could four planes get hijacked simultaneously and two buildings that big come down within minutes of each other—from a fire? How could we all be evolved from apes or the universe be this big without something bigger and omnipotent being involved? How could so many people be rounded up into camps and exterminated right under our noses with all those soldiers around? How could you possibly ride a rocket to the moon and then land on it without crashing?

I have no idea what the actual answers are to the technical aspects of each of those questions. I can speak somewhat intelligently to their subjects in generalities, but the specifics are a soup of mathematical equations, physics laws, and principles of inference and deduction that I either didn’t learn in college or have decided are not worth my time to explore in greater depth. Instead, I placed my trust in the accumulated wisdom of human civilization to tell me, more or less, what the deal is. Conspiracy theorists can’t do that. The soup that I blindly dip my intellectual spoon in and slurp up, to them reads as chaos. And they can’t have chaos.

So to bring order to disorder, to make sense of it all, the conspiracy theorists construct stories out of the things they do understand. Many times—especially when harsh or uncomfortable realities like autism, terrorism, genocide and the meaning of life are involved—those stories begin with large, faceless institutions that are themselves inaccessible and unknowable, and often responsible for the suffering or mediocrity or failure that the theorist himself has been forced to endure—at least according to him.

This is where the irony of conspiracy theories begins. Concocted and perpetuated by what I like to call “simpletons” (with some notable exceptions that do not include Bill Maher) to cut through the misinformation and the propaganda in order to get to the bottom of complex, complicated things, these theories inevitably become equally, if not more, complex and complicated. Their supporters site Occam’s Razor as an absolute defense to criticism. And usually, that principle applies fairly well to some discrete component of the overall theory. The problem is, they then take that razor and proceed to bleed the rest of the theory to death by a thousand cuts.

The interminable chain of logic that holds together the standard 9/11 conspiracy, for instance (culminating in the controlled demolition of two 100+ story skyscrapers) is so tenuous and probabilistically unreasonable that a line of ants couldn’t cross it without the whole thing collapsing under the additional weight into the abyss of its creators’ paranoid delusions. You’ll find a similar brand of tortured reasoning running through all the anti-vax and moon landing conspiracies.

Invariably, at the core of all these conspiracies sits The Government. It is behind everything—especially those things the conspiracy theorist cannot explain or reconcile. Apparently, Occam’s Razor isn’t a razor at all. It’s the Sword of Excalibur and, when wielded by The Government, it can cut through the Gordian-est of knots.

That is where the final irony lays—in the federal government’s ability to perpetrate a conspiracy that a) works b) for a long period of time and c) stays secret. As someone who lived in Washington, D.C., for three years and has many friends and acquaintances who still live and work in and around the federal government, I cannot even begin to count the number of belly laughs we have shared at the notion of the American federal government being that effective or efficient. Half of the people in positions of power in government struggle to control their bowels. The other half struggle to control their groins—you think any of them have the discipline to control the demolition of a major American landmark?

Let’s not forget that by and large the current federal government is full of the craziest, most narcissistic, frustratingly superficial and self-aggrandizing people this country has ever known who, in recent years have engaged in an escalating series of overly dramatic, rage-inducing, attention-seeking behaviors that make Toronto ex-mayor Rob Ford seem like a half-way decent leader.

Sound familiar? It is no coincidence they call Washington, D.C., “Hollywood for ugly people.”

Which brings us back to Bruce Jenner and the Kardashians. I would love more than anything to buy into the conspiracy of my own creation. It would mean the type of reality TV they produce and the culture they typify had some larger purpose. It would mean that something good might come out of the self-loathing voyeurism that these shows tap into and exploit. Unfortunately, I know that’s not the case.

There is no conspiracy at play here. Placing my trust in the accumulated wisdom of the human experience has allowed me to employ Occam’s Razor the right way. The simplest explanation is that this isn’t the American Dream, but neither is it the American Nightmare. It is all the uniquely, yet typically twisted American version of a classic fairy tale—with Jenner powerfully and resplendently in the role of Snow White and the extended Kardashian clan flopping around as the seven really annoying dwarves vocally frying our last nerves. 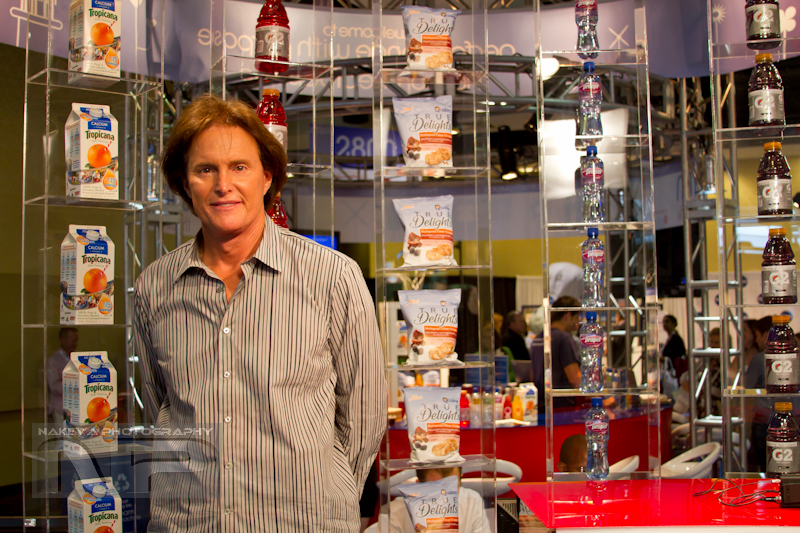