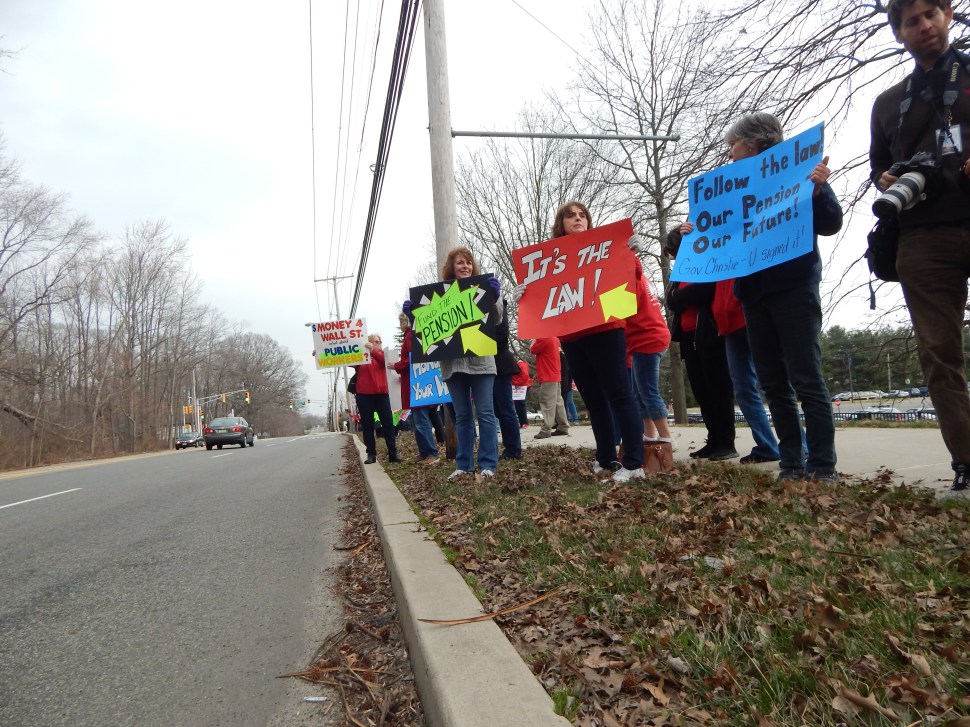 MATAWAN — Around 100 protesters lined the street in front of the Old Bridge High School ahead of Gov. Chris Christie’s 134th town hall this afternoon, hoping to send the Republican a strong message on his administration’s failure to fund the state’s public pension and benefit system.

Do it, they chanted. It’s the law.

“We just want [Christie] to fund the system,” said Ramona Brown, a part-time school teacher at New Brunswick’s Lord Sterling Elementary School.  “This is something we have looked forward to since the time we’ve been in education. We want what’s fair.”

Ramona is one of thousands of union-backed school employees in the state who have railed against Christie’s refusal to fully fund the pension system in recent months, arguing that “now is the time to make it right” and fulfill the state’s obligations to its public workers. That obligation, they say, refers to the pension reform Christie signed into law back in 2011, which saw public employees agree to contribute more to their benefits in exchange for a promise by the state to fully fund the system by 2017.

More recently, Christie has called for further reforms to the system, contending that having to make the annual billion dollar payments would put undue strain on the state’s already beleaguered economy and finances.

On Monday, the state Supreme Court announced that it would agree to hear a case brought by the governor’s administration over the state’s decision to cut $1.6 billion from this year’s slated payment into the fund. Public labor unions had contested a similar move made by the administration last year in the lower courts, ending in a ruling by Superior Court Judge Mary Jacobson that said Christie had a constitutional obligation to make the payment under the 2011 pen/ben law.

Christie later appealed that decision, and the high court yesterday agreed to hear the appeal, scheduling oral arguments for May 6.

Spiller, echoing other union reps, such as Communications Workers of America Director Hetty Rosenstein, said he is confident the Supreme Court will uphold Jacobson’s decision, which he added made a “very strong case” for the state funding the system.

“It’s got to go to the Supreme Court in order for them to make a decision. And the quicker it does, quite frankly, the quicker we get certain relief in terms of money in the system, with a victory, we hope, of course,” he said. “So in that sense, it’s a positive step.”

It was the second town hall in a row that saw Christie met by protesters on arrival. At his last one in Kenilworth, Christie found himself sparring with a public school teacher over another issue: the state’s recent decision to settle for a less-than-sought-after $225 million with Exxon Mobil over a series of environmental damage lawsuits. 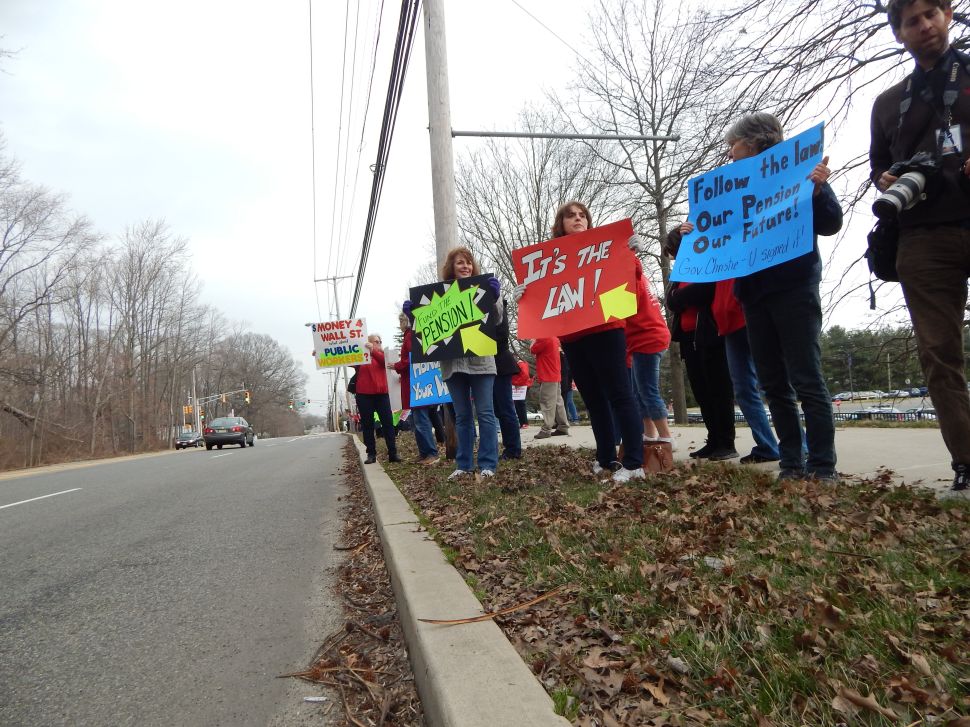