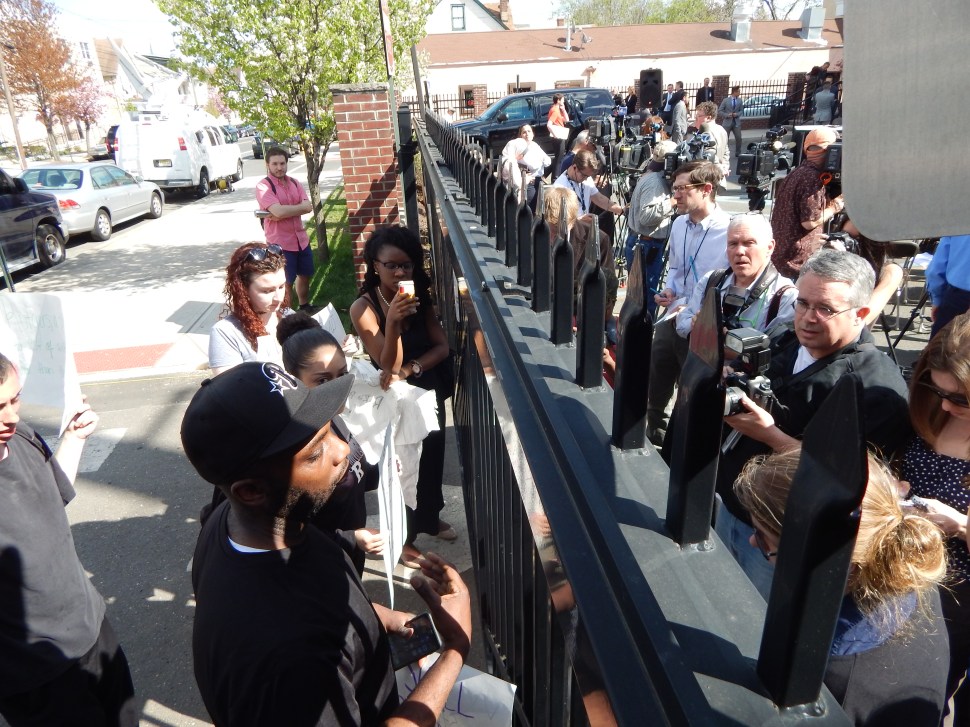 NEW BRUNSWICK — With Gov. Chris Christie set to appear at a treatment center here for a bill signing of opiate abuse prevention legislation, a small group of protesters gathered outside to condemn the Republican’s movements on a different issue: namely, his decision to send some 150 state troopers to Baltimore to help quell the rioting there.

“We’re finding out that buildings and property are more important than human beings,” said Tormel Pittman, a longtime resident of New Brunswick and community activist. 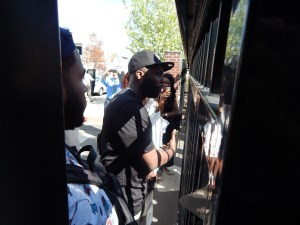 Holding signs with the words “Withdraw the State Police from Baltimore” scrawled in black marker across them, the group — made up of students from nearby Rutgers University and other local residents — asked why Christie decided to send law enforcement to Maryland when, in their words, there are “communities that need attention here.”

Christie ordered a state police “assessment team” travel to the riot-torn city yesterday after speaking with Republican Gov. Larry Hogan, announcing on Twitter, that he “let [Hogan] know that New Jersey is offering our full support (and) solidarity … in their efforts to protect the lives and well-being of the people in the city of Baltimore while calm and order are being restored.” Baltimore’s streets erupted in disorder after the funeral of Freddy Grey, a 25-year-old African American killed in police custody earlier this year, was held on Monday.

“Why couldn’t he send the police to Camden or Newark,” Pittman asked.

Christie’s decision to send manpower out of state — a move Acting Attorney General John Hoffman yesterday as an “opportunity” to showcase the state police’s “class” and integrity — has been met with opposition from other groups as well. Following the announcement, a change.org petition was started by New Jersey resident and activist Bob Witanek claiming��the decision to be a waste of tax dollars and is only further pressuring minorities.

“He’s supported the polices continued violence in Baltimore against its own citizens,” another protester shouted. 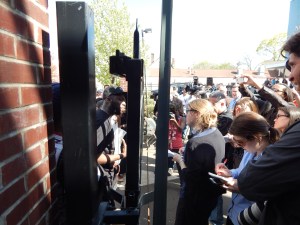 There was a small confrontation between security and the protesters when the group arrived at the parking lot outside the center where Christie is holding today’s bill signing. After congregating at the entrance with signs they were quickly ushered out of the lot onto the sidewalk, where a gate was closed, shutting them out from the event.

Pittman called it a “reflection of our government.”

“You have a guy who was born and raised in this community pushed outside of the gate. And you have people who’ve never been to this neighborhood in their life on the inside,” Pittman, who grew up in the city, said.

Later, Pittman called the center — the New Brunswick Counseling Center — nothing more than a “crack house.”

“It’s nothing more than a heroin den,” he said. “Nothing but fancy drug dealers.” 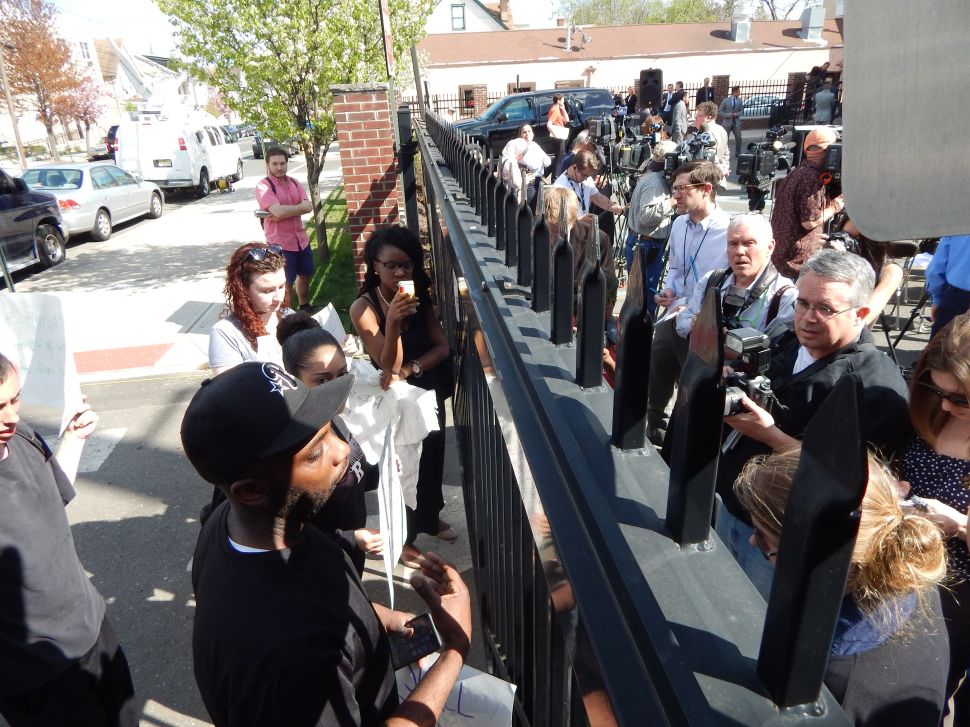