New Hampshire voters are set to get a taste of Gov. Chris Christie in his most famous habitat — the town hall.

During a scheduled swing through the Granite State later this month, Christie — an unannounced 2016 candidate for the Republican nomination — is expected to hold two town hall-style public forums, similar to the kind his administration has popularized here at home. The first of those will take place in Londonberry, New Hampshire, on April 15, with a second scheduled for two days later, according to the Associated Press.

Christie is also expected to hold events in Manchester, Newmarket, and speak at a prestigious GOP dinner in Nashua, New Hampshire, during his trip — the first major visit the Republican will make to the first-in-the-nation primary state ahead of 2016.

It remains to be seen whether Christie also takes with him the kind of combative approach he’s employed at town halls in his home state to New Hampshire, where his staff is calling the series of events a “tell it like it is” tour.

At his last town hall appearance in Kenilworth, Christie sparred with a public teacher over the state’s $225 million environmental settlement with Exxon Mobile.

His next town hall in the Garden State — the 134th of his tenure — will be held on Tuesday in Matawan. 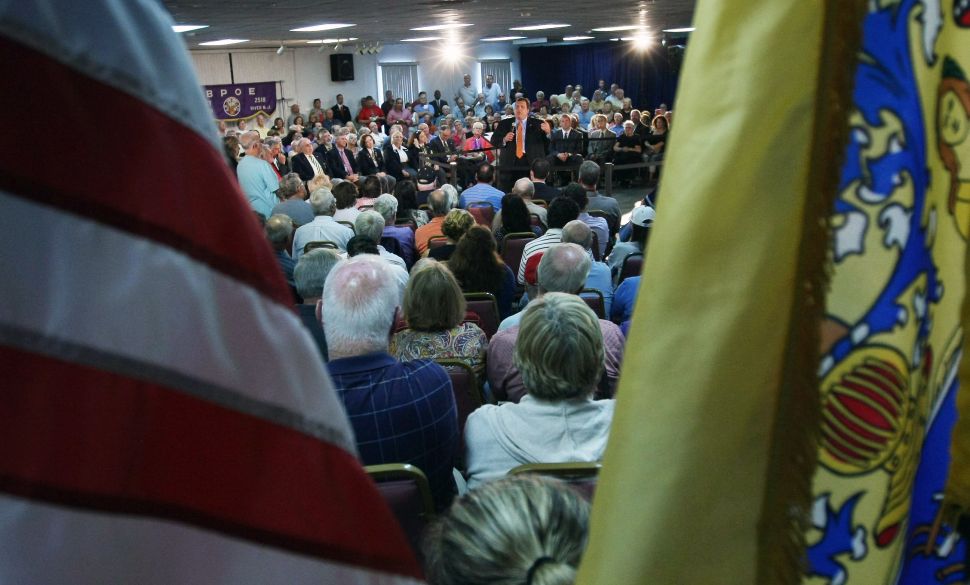