A small 56-page notebook, purchased at a Cambridge stationery shop in the early 1940s, may fetch a seven-figure sum when it goes on sale at Bonhams auction house Monday April 13.

The manuscript played a part in both world history and the history of mathematics. It was owned by Alan Turing–the British mathematician hailed as the forefather of modern computing–and it’s pages are dotted with his mathematical notations and analysis. And while any item once belonging to the man who cracked the Germans’ infamous Enigma code and changed the course of World War II could have bidders scrambling, what makes this lot so valuable is the methodical handwriting displaying both his ideas and his dreams.

“Turing didn’t keep notes,” Cassandra Hatton, senior specialist in Fine Books and Manuscripts at Bonhams told the Observer. In fact, according to Ms. Hatton, the Turing archive at King’s College Cambridge is made up of mostly typed script, with just one 7-page typed document decorated with a few annotations. Even Alan Hodges, author of the biography Alan Turing: The Enigma (later adapted into the Oscar-winning 2014 film The Imitation Game), had to scour archives for even scraps of paper Turing wrote on.

Yet, until now, Turing’s journal resided in secrecy. After he took his life in 1954 as a consequence of hormone treatment forced upon him by British authorities to ‘cure’ his homosexuality (at that time, considered a crime) many of Turing’s papers were left to Robin Gandy, a PHD student who studied under him at Cambridge. (Gandy subsequently “took up Turing’s mantle” Mr. Hodges writes in the catalogue). For the most part, Turing’s life’s work was compiled into what eventually became the Cambridge archive, but Gandy kept hold of a few things–one of which was the notebook.

While the first 27 pages or so are filled with complex formulae–both Turing’s own and that of mathematicians like Giuseppe Peano and René Descartes–flip the book both over and one discovers something else, a dream journal. Before Turing was found dead with a cyanide filled apple in his hand, he spent two years seeing a Jungian analyst named Dr. Greenbaum who, during Turing’s hormone therapy, told him to record his dreams. Upon his death, Dr. Greenbaum destroyed seven of these notebooks but the other remained with Gandy.

Mingled in with Turing’s most private thoughts, Gandy proceeded to fill the remaining pages with his own. “It seems a suitable disguise to write in between these notes of Alan’s own notation,” he wrote near the start of the diary. “But possibly a little sinister; a dead father figure, some of his thoughts which I most completely inherited.”

In terms of provenance, Ms. Hatton said at a press conference, “it doesn’t get better than that.”

The notebook–which was bequeathed to Gandy’s own PHD students following his death in 1995–gives us a rare glimpse into Turing’s way of thinking. Next to one equation, for example, he scrawled the word “hateful,” next to another, “inconvenient.”

“It’s the first time we get to see what his thought process is,” Ms. Hatton said. “You can picture him at his desk getting annoyed with people not being careful enough with their notation.” Look closely and one might even spot pages relating to unpublished works which show up in the archive, dating the notebook precisely to when Turing was at Bletchley.

Back to the present day and Turing’s service to his country is now public knowledge–although it wasn’t until 2013 that he received a royal pardon from the Queen–and Bonhams expects a high number of bids at the sale next week.

The pages spell out “Many ideas [he] never got to pursue,” Ms. Hatton told the Observer. 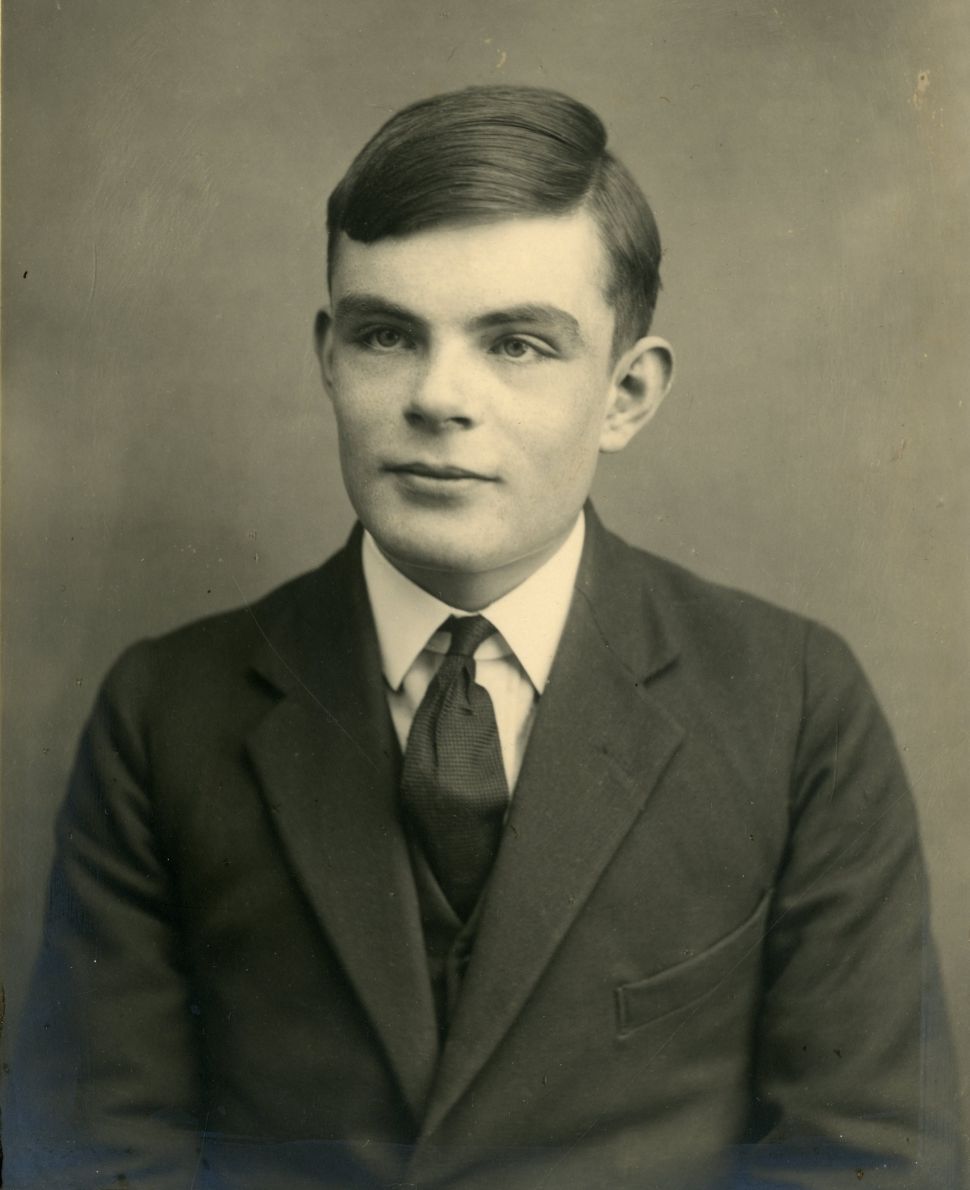