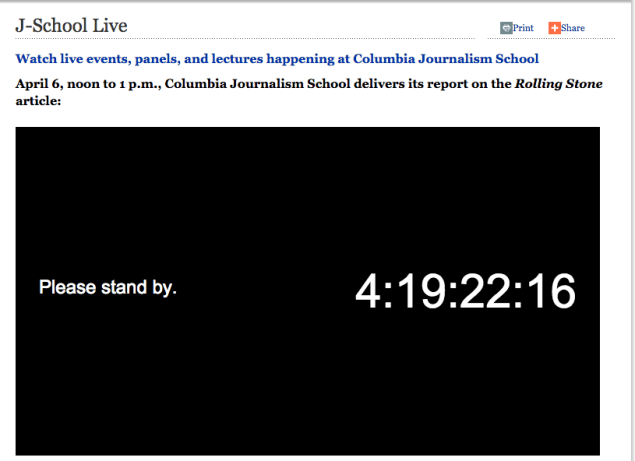 Cancel those plans for Easter dinner. Columbia University’s Graduate School of Journalism will release its much-anticipated review of Rolling Stone‘s heavily disputed story about campus rape at 8 pm on Sunday.

The 9,000 word story by writer Sabrina Rubin Erdely, which alleged that a female UVA student had been the victim of a brutal gang rape at a frat party, came under fire after it was published last fall when other outlets found a number of holes in the story and factual inaccuracies that challenged the shocking narrative.

Rolling Stone issued an apology in early December in response, adding to the note as more errors were discovered. Later that month, as more problems with the piece continued to emerge, Rolling Stone publisher Jann Wenner enlisted Columbia J-School to conduct an independent review of the editorial and journalistic missteps that led to story’s publication. Dean Steve Coll and dean of academic affairs Sheila Coronel, who led the review, were not given a timeframe in which to complete it.

Earlier today, Columbia University announced that the report will be posted online this Sunday evening, followed by a press conference on Monday:

Wondering how long until we can watch a livestream of a press conference outlining the findings with a problematic story about college rape? Head over to Columbia J-School’s website where a countdown clock is just ticking away the time until the press conference. 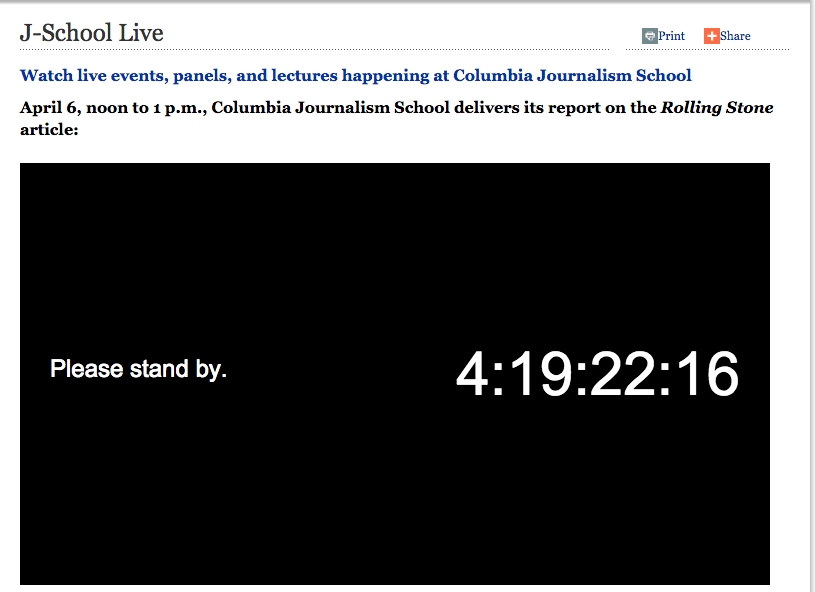