On its best days, Community plays to its greatest strength– its community college sized cast of auxiliary characters. Week to week, even though the decision to not release the whole series confuses and confounds my millennial brain, I will take on the Herculean task of singling out the one Greendale resident that stood out the most as the Greendale MVP.

Last Week’s Winner: Okay, there was no installment of the Community MVP Award last week. Maybe it was because Yahoo Screen is such an infuriatingly awful platform on which to watch any sort of television, I not only quit the window but my career as a television reviewer in general, citing “Streaming Service Related Trauma” as the reason, a condition I was actually able to get a doctor’s note for because this is 2015. Or, maybe, I was really busy with other assignments. Really, it’s up to you to decide.

For the record, whoever wrote the song “Gay Dean” to the tune of “Jolene” would have won that award last week, and should win an award every week. 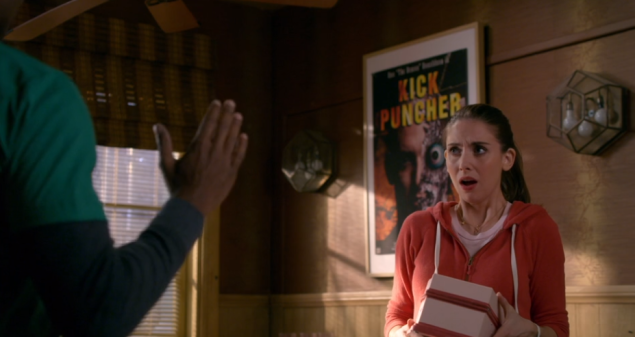 This new season of Community, back from the dead and on a brand new platform, has so far been strangely inspired. I really, truly expected the show to come back with joke after joke that was just a different version of Abed saying “lol guys wasn’t it funny that we got cancelled?” And then the whole group looks at Abed like but wait Abed this is real life, how can we get cancelled? Cue opening credits, that’s the whole joke.

But no, Dan Harmon and Co. have not only dialed back on the heavy handed-ness, but  banded together with some of the tightest writing and sharpest jokes Community has seen in years. This feels like young Community. And best yet, the show has moments where it just gives in to the fact that it’s basically a cartoon, and a dog earns a college degree or something like this happens out of the blue: 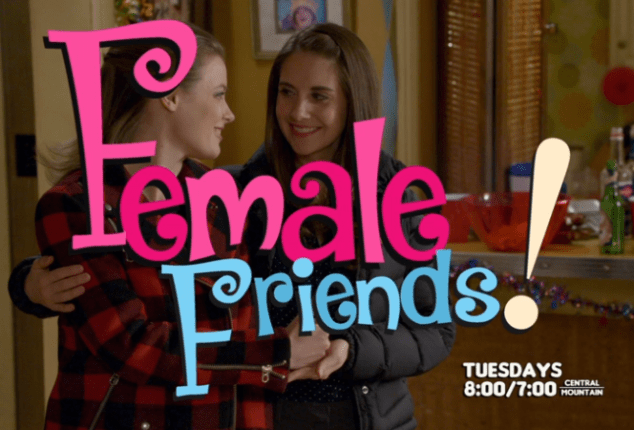 WIth that all said, man do I miss Troy. I never really miss Pierce, especially not now that fantastic older cast members like Paget Brewster and Keith David have been added to the mix. Pierce had already soured by the time Chevy Chase left, and it’s not a lot of fun to watch a show-runner literally write his hatred for an actor into that actor’s character.

But while I can’t really fault Donald Glover for moving onto bigger, sexier, strippier things, Troy was such an integral part of my Community enjoyment. Blasphemy, I know, but without Troy’s wild-eyed cluelessness Abed’s constant knowledge of all things becomes kind of…annoying? Really, really annoying?

So yes, that is 100% probably not even Donald Glover. And that is 100% a split second of Troy’s hand, appearing so fast that it took me like five tries to nab a screenshot. But just to hear Abed say “oh, hey Troy” was a bit of a nice nostalgia trip, to early early Community, before we knew less about the shit-storm behind the scenes and more about the chemistry in front of it.

Sigh. I went and made myself sad. 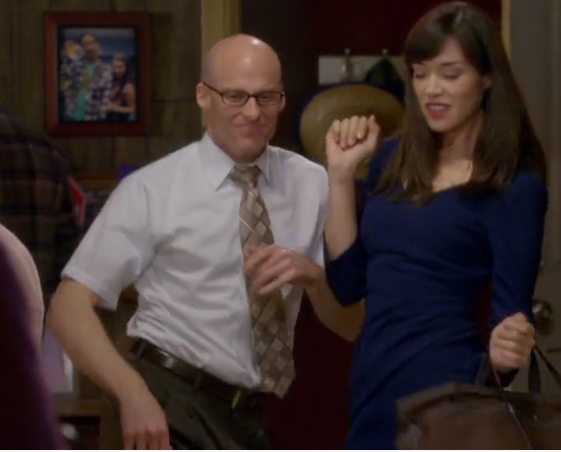 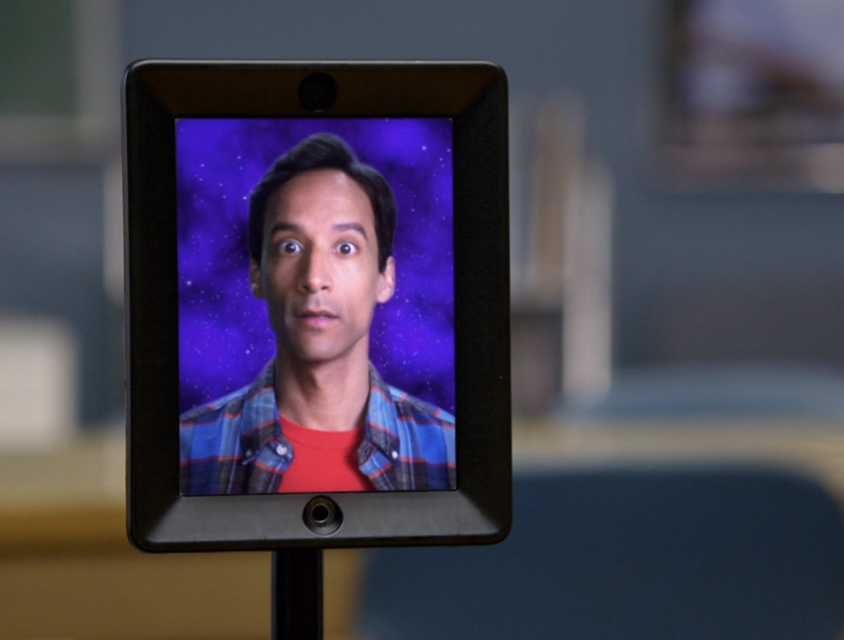