Two months ago I talked a young American Muslim man out of becoming an FBI informant. This may seem odd considering the fact that I’m the founder of a firm that trains law enforcement and local Muslim communities on how to build better relationships. Stay with me, there is a method to my madness.

In late February, for the first time ever, the White House hosted a three day CVE (“Countering Violent Extremism”) Summit. It was the centerpiece of dozens of CVE events, briefings, and gatherings in Washington, DC think tanks and agencies. The Summit covered both domestic and international CVE efforts and programs, and in attendance were hundreds of dignitaries, homeland security officials, and community leaders.

When the White House unveiled a new framework in 2011 for combating “homegrown terrorism” called CVE, it signaled a strategic shift from previous counter-terrorism policy, explicitly calling for the inclusion of community partners in the prevention and intervention of violent extremism. To some, this shift was a direct response to the criticisms from American Muslim and civil liberties organizations that legitimately and vociferously opposed policies targeting entire Muslim communities as suspect. But as the response to Summit from many of the same groups showed, CVE is still a hard sell three years later.

On its face CVE, which is still not clearly defined but rather a broadly encompassing “soft-power” approach, is meant to address a spectrum of violent extremism in the US. To be sure, the number one threat to the homeland is not Muslim terrorists – it’s domestic sovereign citizens. Across the country law enforcement agencies consistently rank the threat of right wing militia movements as the top terrorist threat in America.

Muslim activists and organizations are well aware of this, and have repeatedly raised it to the government. Which is part of where the criticism stems from – that despite the fact that Muslim violent extremists are few and far between (there being only one documented case in the US in 2014) the reality is that I have yet to encounter a single CVE program that involves any community other than Muslims. An ironic response to this criticism, however, comes from an Assistant US Attorney who complained at a DC meeting that CVE was unfairly privileging Muslims—no other community got to “engage,” discuss “off-ramps,” and other “resiliency” programming; threats from other communities only got the hard end of the law enforcement stick.

Don’t be surprised that this was no condolence to the Muslims in the room. The bitter truth that CVE is focused on Muslim communities only makes it all the harder for those few and far between among Muslim organizations and individuals who see value in CVE, but less difficult than dealing with the elephant (and informant and wiretap and agent provacateur) in the room – the wholesale treatment of Muslim communities as suspect by federal law enforcement.

On one hand there is an absolute need for Muslims to have good relationships with law enforcement, given the consistent targeting of Western Muslim youth by extremist recruiters (through intense levels of social media engagement and surprisingly well produced digital content). What is a family to do when they learn their teenager was groomed by a recruiter and may have taken off for Syria to join ISIS? What is an Imam to do when someone shows up at a mosque acting suspiciously? Shouldn’t a community turn to law enforcement for its own protection?

It would, except in this case, where the community itself is treated as a dangerous fifth column.

I practiced immigration law for many years and in 2009 started experiencing an odd phenomenon—a spate of Muslim clients, both documented and undocumented immigrants, were being leaned on by federal law enforcement to become informants at their local mosques. Not on the basis of any actionable intelligence or probable cause, but simply as fishing expeditions, to gather information on the general congregation. I saw with my own eyes what it did to our community to learn we were being watched like this when one such immigrant, an imam, came forward and told everyone how he was being pressured to inform on his own congregation. It broke our trust and destroyed the existing law enforcement relationships we had.

My experience was not unusual; it’s happened for years and continues to happen across the country. I’ve heard my share of stories about community leaders and mosque board members who have given in to the pressure and agreed to inform on their communities. And I haven’t even touched the issue of agent provocateurs, who attend local mosques posing as extremists and find vulnerable people to influence into acts of terror. So when I and other colleagues say to Muslims “hey, look, we don’t have a problem of terrorism in our communities but there are terrorist recruiters trying to get at your kids,” we first have to wade through the mess that federal law enforcement has made of this issue. We can’t convince people that there may be actual violent extremist recruiters to be concerned about when the feds have sent in dummies.

A number of agencies, including the CVE divisions at DHS and NCTC, are organizing forums across the country with Muslims to essentially inform them of how people are getting recruited online. When communities see how active and proficient violent extremist groups are online, many are alarmed (because surprise surprise, the average Muslim is not keeping track of what’s up with the terrorists). It’s clear that these people want our kids. Parents and elders don’t know how to handle it. But at the same time they are reluctant to engage the issue because there is just as good a possibility that the person talking a local teen into becoming a terrorist is not ISIS, he’s FBI. Further exacerbating this issue and confusing communities are organizations like CAIR-LA, which has actively begun an “anti-CVE” program that addresses civil liberties concerns but offer no response to the actual problem of violent extremism.

Muslim communities and leaders are at an impasse on CVE. On one hand, the national security conversation requires our input because groups like ISIS are indeed a threat to our young people who are being recruited, but on the other, we have every reason to fight back on intrusive practices that violate our civil liberties.

As for the young man who I talked out of informing for the FBI, he has a history of mental illness, one that the Bureau is well aware of because (by his own excited account) they have a “big, fat, thick file” on him from since he was in Islamic school as a kid. Not only is someone like him unreliable to be working in such a sensitive role, he could be outright dangerous to himself and others. Of all the people that could have been tapped to work with the FBI, it is deeply troubling and reckless that they would groom someone so vulnerable.

The national security apparatus has to decide if it really wants American Muslims partnering in CVE, and make the kinds of systematic and policy changes that would allow that to happen. Until and unless it does, the government and American Muslims both lose, and ironically, the terrorists win.

Rabia Chaudry is an attorney in Maryland whose inquiries to Sarah Koenig inspired the creation of the podcast Serial. You can read her blog at splitthemoon.com  and follow her on Twitter at @rabiasquared. Check out Rabia’s new podcast, Undisclosed, picking up where Serial left off. 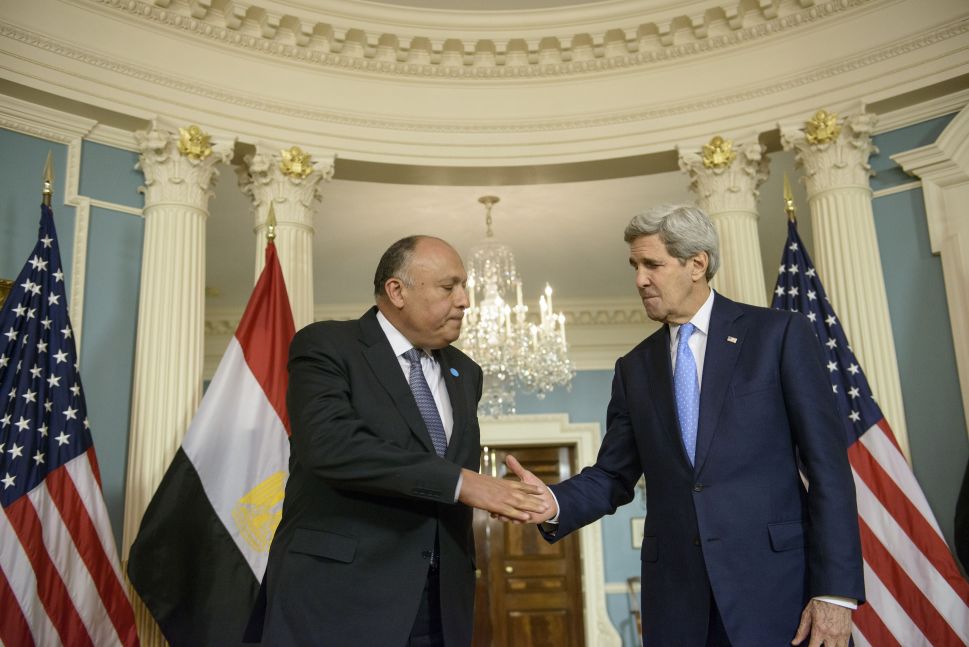