Remember her name—over the last three years, and two self-released EPs, Courtney Barnett has amassed a cult-like indie following that makes her debut album the most-anticipated rock record of the year. But the critical praise and sold-out concerts haven’t gone to her head just yet; the Aussie garage rocker says she still hasn’t quite gotten used to her newfound popularity—working everywhere from fast-food joints to paper delivery, music was never a viable career, until now, she says.

Ms. Barnett has come a long way since the days of those early releases. On her debut, Sometimes I Sit and Think, and Sometimes I Just Sit, the Melbourne-native mines back-to-basics songwriting and conversational, poetic lyrics, and strikes gold, making the simplicity of the past her main focus. Influenced by Wilco, Television, Patti Smith and The Breeders, Courtney Barnett’s new full-length combines a mix of grunge, folk and indie-rock with her penchant for thoughtful (and thought-provoking) lyrics. The Observer chatted with her recently about her breakout success, writing lyrics about masturbation, and finding the inspiration for her album title in her grandmother’s home.

What does it feel like to be one of the most talked about artists in the underground rock scene?

It’s kind of weird. It’s strange: That’s all I know what to say about it.

Did you always intend to be in the music industry?

No not really. I didn’t. I just always really liked music and the arts since I was a little kid. I focused on it in school because it brought me some joy, but I never had a dream to be in the music industry. I don’t think I thought about that shit as a kid—I just wanted to be fun. As I got older, I focused on it more, but it never felt like a realistic career opportunity. I just enjoyed doing it.

What was your day job before things took off for you?

The last job I had was a bar job. Before that, I kind of did everything—bar, office jobs, retail, pizza delivery, fast food and paper delivery. Really, anything.

How did it feel to quit your day job?

It felt scary. I did a small business course, and I started a business. It’s always kind of scary putting yourself on the line like that: in the music scene, trusting that music will be sustainable and the work will come. It’s really satisfying.

What separates you from other grunge, indie-rock up-and-comers?

I’m not too sure. I don’t think I could talk about myself like that. I have no idea.

How do you think that you’ve changed the underground rock scene?

I’ve definitely noticed since I’ve grown up how technology has changed music, art and availability. That makes stuff change a whole lot. When I was growing up, Myspace was taking off. I think that’s totally different than Riot Grrrl zines and punk shows, which are totally different. Those things have positives and negatives attached to them.

How have you grown and changed as a person and an artist since your double EP was released?

I reckon it’s been about a year between the two releases. I learned a whole lot. We toured as a three-piece and before then we were a four-piece or five-piece. Playing as a three-piece made me focus on my guitar playing and made me a better guitarist. That’s the music side of it. That day-to-day stuff makes you a stronger person growing up and growing older and learning how stuff works.

How did you come up with the title for your record?

I saw it on a poster in my Grandma’s house when I was a kid. When I was recording the album, I went over for lunch and I saw it again. I was reminded of it, and it dawned on me that it was a good album title. I always thought it was kind of funny and clever. When I applied it to the album title, it felt quite reflective and appropriate of the songwriting.

Is there a big grunge-rock scene in Australia that you’ve been a part of?

I think it definitely exists. There are heaps of indie labels kind of like mine that people just start and create their projects out of them, which is what I’ve done. They’re all over. There are so many little bands and little projects that people get together to write one awesome album without the need to take it further. It’s kind of cool. There’s quite a DIY culture.

What’s the most controversial topic you’ve written and sang about in your music?

What’s your favorite song off of the record and why?

I think my favorite song is “Kim’s Caravan.” I think I’m the most moved and affected by it. It was one of the last songs I wrote. It felt like it came from a really unknown place. Every time we play it live, it evokes something from a special place.

It came around after I had come up with the title. I was just sketching ideas based around the title—sitting, thinking and the simplicity of the title. They were either sketches of chairs at my house, friends’ houses or places I was. It was kind of supposed to replicate the simplicity of childhood. 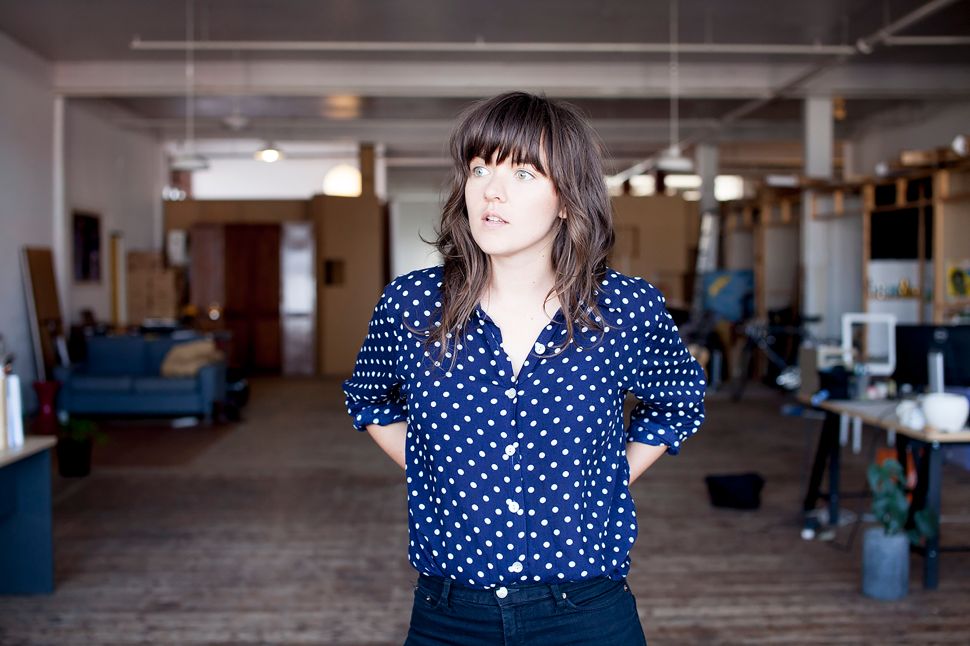