Staten Island District Attorney Daniel Donovan, the Republican candidate in a special election for a Staten Island and Brooklyn congressional seat, has raised more than $600,000 for the race—far more than his Democratic competitor.

Mr. Donovan, the favorite in the race, took in $614,975 during the relatively short election cycle, according to a filing with the Federal Election Commission. He has $461,781 on hand going into the May 5 contest that is less than two weeks away.

“We’re proud to have received such an outpouring of support from so many people who want to see Dan as their next congressman. All of these generous contributions—both large and small—have allowed us to connect with voters about how Dan will work to cut taxes, create good-paying jobs and improve transportation options for the residents of the 11th congressional district,” campaign spokeswoman Jessica Proud said.

Democratic Councilman Vincent Gentile, his challenger, has raised nearly $200,000—perhaps unsurprising, considering Mr. Donovan is the favorite and Mr. Gentile has received no boosts from the national Democratic party.

Ms. Proud did not respond to request for comment about the PAC contributions.

John Catsimatidis, the oil and grocery store magnate, and his wife Margo each twice donated the maximum $2,700, according to the finance records, as did husband and wife Richard and Lois Nicotra, owners of the Hilton Garden Inn hotel on Staten Island.

The individual donor limit to a campaign committee is $2,700 per candidate, per election. Mr. Donovan has technically been registered as a candidate in three races this cycle. 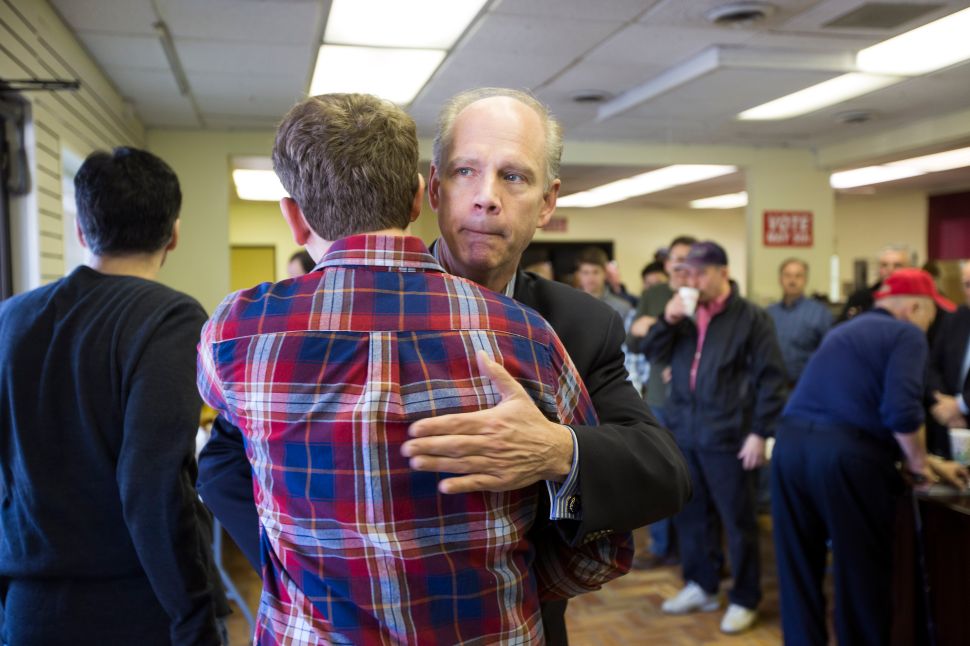