Robert Linn, commissioner of Mayor Bill de Blasio’s Office of Labor Relations, revealed today how his office intended to save $3.4 billion on public employee health care by 2018—even as nearly a quarter of the city’s workforce still lacks a contract and overall health care costs continue to rise.

Mr. Linn—who helped create much of the city’s health maintenance organization system while serving in the Koch administration—outlined for the City Council the measures his office was taking to shave $400 million from its health expenditures this year and $700 million in 2016, as mandated by the city’s four-year $14 billion budget to settle labor contracts. Among those efforts are an extensive audit to remove ineligible dependents from workers’ health plans and convert 14,000 contracts from more expensive family to cheaper individual coverage, renegotiations of terms and payment rates with insurers, assigning nurse case managers to civil servants with chronic conditions, and agreements with the unions that the city would not pay out $153 million in mental health benefits and would cover less of the cost of some of the most expensive prescription drugs.

“The groundwork that has been accomplished in less than a year creates real momentum toward the four year $3.4 billion health cost savings goal,” he testified, noting that the Municipal Labor Committee, which represents public employee unions, had consented and cooperated in the reforms. “It was our agreement that we would find savings together.”

Moving forward, Mr. Linn said the city would continue to restructure its coverage programs, and was already on course for a projected savings of $624 million for 2016, and predicted his office would ultimately exceed the $700 million goal. The city is even working on outreach programs to improve employees’ physical fitness and nutrition, prevent diabetes and encourage them to seek care from primary physicians rather than at emergency rooms.

“Many thought this was smoke and mirrors,” said Mr. Linn. “I think we’ve demonstrated they were wrong.”

Nonetheless, insurance costs are projected to continue to climb by 5.2 percent a year. Mr. Linn, however, dismissed this growth as inherent to the healthcare industry and argued that his office had successfully prevented a potential double-digit increase.

Additionally, in a paragraph Mr. Linn included in his written testimony submitted to the Council, but did not read aloud, he noted that the Affordable Care Act—popularly known as Obamacare—costs the city $65 million a year, largely due to provisions that permit children to remain on their parents’ insurance until age 26.

“In 2011, the Affordable Care Act further changed the landscape,” the testimony reads. “These new requirements provided important protections for consumers and employees but the additional cost was also borne entirely by the city.”

Finally, 24 percent of the city’s employees still have no contract, which the labor commissioner blamed on the Bloomberg administration’s “massive collective bargaining failure” that left all municipal unions without any kind of agreement with the city. Mr. Linn insisted that he could not disclose the details of ongoing negotiations, despite the pressing of Julissa Ferreras, chairwoman of the Council’s finance committee.

However, he promised the process would prove “fruitful.”

“What everyone wants to do, is how do we make our healthcare system more efficient and more effective?” he said. 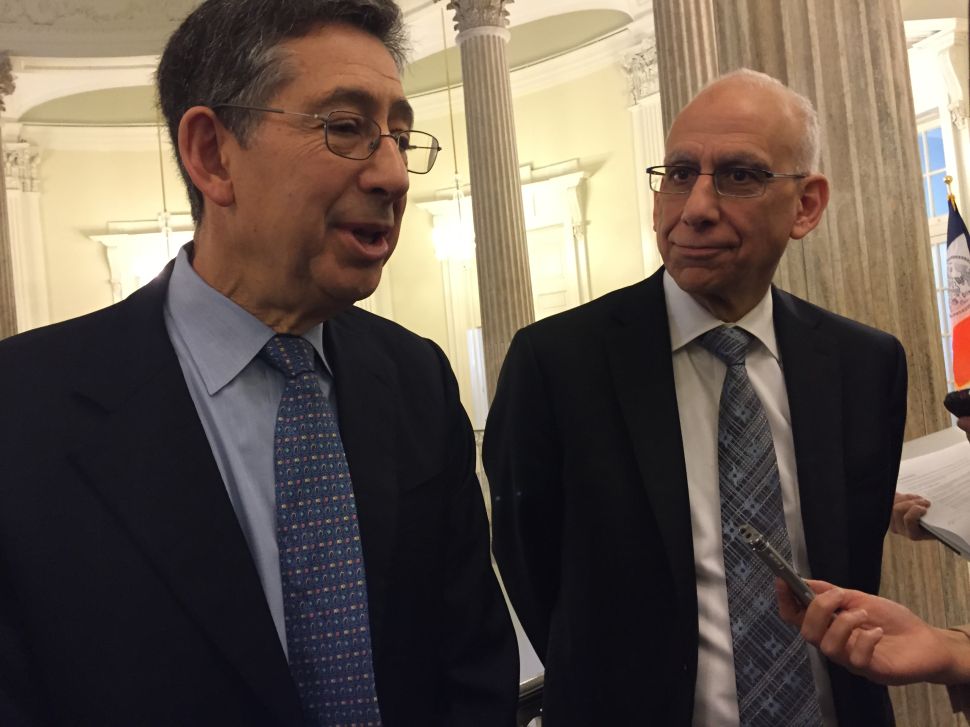