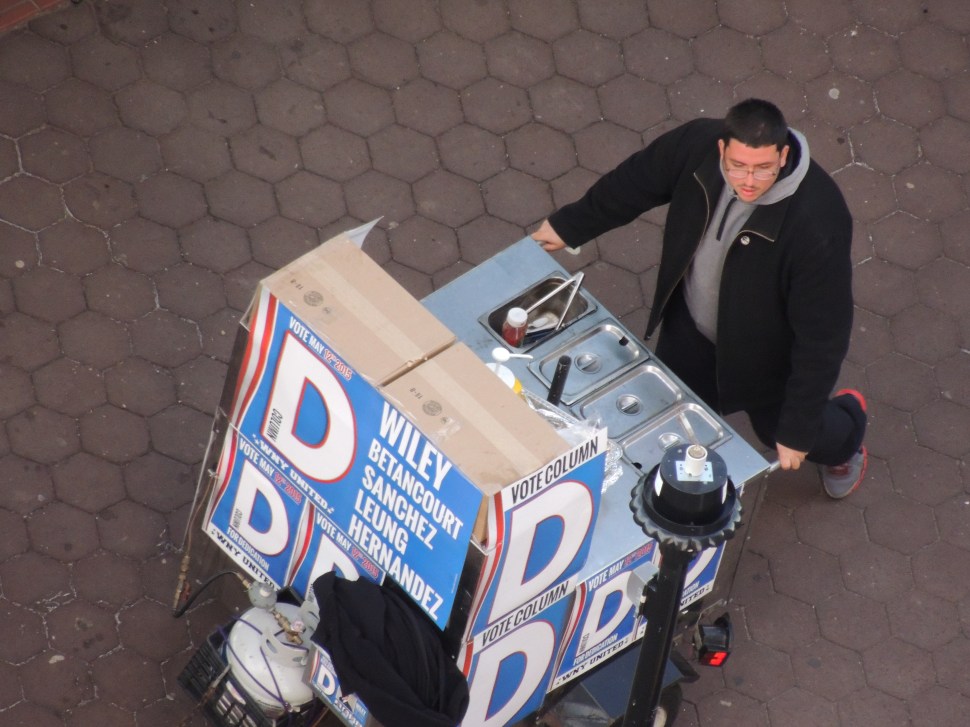 In what looks like the ultimate Get Smart operation, an ally of the Wiley camp is posing as a hotdog vendor while actually mostly distributing campaign literature in the increasingly acrimonious and ridiculous West New York mayor’s race, according to allies of the Roque Camp.

According to an ally of incumbent Mayor Felix Roque, the man above is not working and at a local school distributing literature favorable to challenger Commissioner Count Wiley.

“The WNY United Campaign is not going to comment on such an absurd story over a hot dog cart,” said Wiley. “Since Mayor Roque and his operatives were defeated in court this past Monday against Commissioner Wiley, the mayor has sunken to new all time lows in trying to win re-election in this upcoming municipal election on May 12th. West New York United is focusing on the REAL issues that affect our residents.” 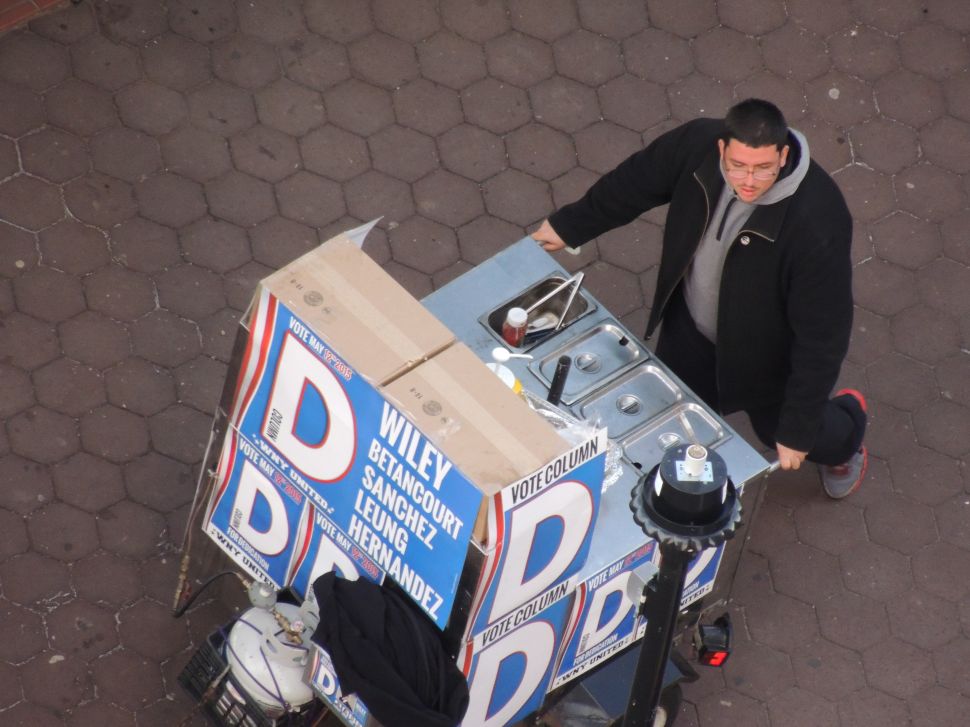