Not too long ago, and with great fanfare, Snapchat rolled out its advertising services for brands like McDonald’s, Samsung, and Amazon. They were charging a minimum of $750,000 for a “brand story” (a branded post), and although there was some hesitance, it didn’t stop advertisers from forking over the money. Clearly things haven’t gone so well, as Snapchat has now quietly shut down the “brand story” option for its advertisers mere months after it launched.

Why? Is it “growing pains” as suggested by Omnicom’s Chief Digital Officer Ben Winkler? A tweaking, as suggested by a Snapchat employee who spoke to Re/Code? Or something worse?

Maybe those brands found out what the rest of us have known when it comes to Snapchat: It’s nowhere near as popular as you’d think. At least, not in the States, which is the opposite of what growth hackers, the media, and other hucksters want you to think when they talk about the platform’s popularity. It seems like a minor point, but often the press, the platform, and the marketers don’t break down where their users come from, and when you’re dependent on advertising dollars to prop you up, particularly American advertisers, that’s a pretty serious thing to ignore.

Recent numbers released by PEW and comScore also suggest that Snapchat’s growth may have peaked in 2014, having saturated the American market and can grow no further stateside. The app possibly having been usurped by fickle teens who have since hopped to platforms like Kik and Yik Yak to avoid the parade of advertisers trying to reach them.

Let me give you an example of this unhealthy hype: The truth of Snapchat’s actual size or stateside popularity didn’t stop social media fraudster Gary Vaynerchuk from telling his audience (and visitors to Inc.com) that Snapchat “will be huge in 2016.” Further proof that you really shouldn’t believe anything he and his friends tell you. Vaynerchuk said this despite the fact that, by all accounts, Snapchat’s growth is slowing amid concerns that they have been a little less than honest about just how safe and private the photos you send on the service really are. (Hint: They’re not at all!)

It’s worth noting two important trends here that Snapchat is by no means immune from in terms of measuring its actual growth and total user count:

1. The first being that most people tend to abandon mobile apps quickly, instead sticking to a few they routinely use, with the rest just sitting there limply on their phone’s start screen. To suggest Snapchat is immune to this particular phenomenon would be a bold face lie. If only half of the people who install Snapchat actively use it, that cuts their numbers being used to hype the platform to the press and advertisers dramatically. This is particularly troubling when Forbes reported in 2013 there were 26 million active users who were American that used the service. With Snapchats growth leveling out the following year, even if they hit 30 million active American users in 2014, that would mean there’s only 15 million American users that may or may not be legit.

This count also assumes that there’s no funny business in terms of determining what is, and what is not, an active user or simply just bots and spam. Unfortunately, it’s rare to find a company in tech where they’re being honest and transparent about how many people actually use their service. Even Buzzfeed noted this when it came to Snapchat. And if Buzzfeed is calling you out for being sketchy, you know there’s a problem.

There’s no incentive for Snapchat to tell the truth about any of this either. Once you start really digging into the numbers Snapchat has released to the public and the media, you start to see immediately that the $15 billion dollar valuation is questionable at best. If this story sounds familiar, it should be, because Twitter’s actual size was always grossly exaggerated by an American media that became obsessed with it. Even though the people (like Vaynerchuk) who had invested in Twitter made their money back when the company went public, shareholders who didn’t know about the user count inflation have been left holding the bag ever since with a profitless company that has stagnant user growth.

2. Then there’s the other major trend going on: That we allowed marketers like Vaynerchuk to produce this “Teens don’t use Facebook” myth, which has since hilariously been debunked by PEW. We now know that only 11 percent of teens use Snapchat more than Facebook, and that of the teens who only use one social network, only 3 percent use Snapchat. Unequivocally, we can state that teens do in fact use Facebook, and if you catch any social media marketer running around and saying otherwise in 2015, you can comfortably ignore them forever.

Despite these facts, this myth lead to countless articles and posts and coverage of Snapchat, as well as those awful think pieces from people that don’t think at all. In other words: The media and the social media fraudsters created a bubble, like they did with Twitter, that Snapchat has benefited from. Now the bubble is beginning to burst. (How do you “hack growth”? Let a bunch of dumb marketers and journalists who may or may not know any better to hype your service for you because of a lie that they all bought into!)

Since the American customers are incredibly valuable to advertisers and brands, and can generate significant revenue and profit for the company, you can see how this would become a problem for a platform like Snapchat where less than half of its active users are based in the United States. This again calls that $15 billion dollar valuation into question. Sure you may be huge overseas, but what happens when advertisers want to offer you less money because they feel those consumers shouldn’t cost as much to reach as an American consumer? If you guessed less revenue for the company, you guessed correctly. Particularly when the number of legitimately active American users for Snapchat is way lower than anyone has been lead to believe.

(And this is before we even get into the discussion of how those active users use the platform in the first place. This is the central problem in all social media marketing efforts because advertisers, brands, and the platforms, are entirely dependent on interrupting what is usually a personal conversation with an advertisement. In the case of Snapchat, many of their users may share a lot of photos, but they only share it with one person, meaning advertisers are once again placed in a challenging position by agencies like Vaynerchuk’s Vaynermedia and companies like Snapchat who need them to believe this is the best way to spend their money. It’s not.)

Just so you and I are clear with each other: I don’t dispute that there are people out there in America who use Snapchat and love it. My best friend uses the service, even if it’s only to share stuff with a couple of people. I am by no means knocking the service either, or even suggesting you abandon it; however, a quick investigation of the facts shows us that Snapchat is nowhere near as big or popular as we’ve been lead to believe, which is a major problem. And if you’re a brand or agency, you’re clearly being taken for a ride by the company and advertising agencies who don’t have your best interests at heart.

That can only lead us to one conclusion: A correction is coming, and there’s a ripple effect that comes with that correction that affects all of us. Once brands and advertisers start pulling their money from a Snapchat, that also means they’re going to pull back from similar platforms and services. (Including ones that may have even been honest about their user numbers, which Snapchat clearly hasn’t been.) These sorts of corrections are bad news for everyone, except people like Vaynerchuk who benefit by creating bubbles around platforms and services and then cashing out before anyone catches on that they’re a waste of time and money.

For the rest of us, advertising dollars being pulled from tech companies means less potential revenue for companies that survive around advertising revenue, and in case you hadn’t noticed, that’s A LOT of tech companies and startups these days. That ripple effect then means less jobs, less opportunities, and less VC funding to go around. So you can see how the hype has its downside. The tech sector has been one of the few bright spots in the states during The Great Recession and its long hangover. To say an economy just now staggering to get back on its feet could survive another bubble is ignorant of the facts. We’re just one pop away from being back to where we were in 2009.

Which brings us back to the question I wanted to be this post’s headline: Is Dick Pic Machine Snapchat Really Worth $15 billion?

The answer is no, but there’s something more important at play here: The simple fact that the company isn’t as big as you think is not to be overlooked. Because what’s happened here is that we’ve allowed what was a project in a Stanford classroom to “grow” almost entirely through myth and hype. Not by anything real. And that growth and ensuing popularity has been exaggerated greatly. I think we can safely go out on a limb and suggest that’s the case with a lot of companies out there today, but Snapchat’s “success” should stand as a stark warning to us all, especially to those doubting the existence of a bubble where consumer facing startups and tech companies are concerned.

B.J. Mendelson is the author of the book Social Media Is Bullshit from St. Martin’s Press. 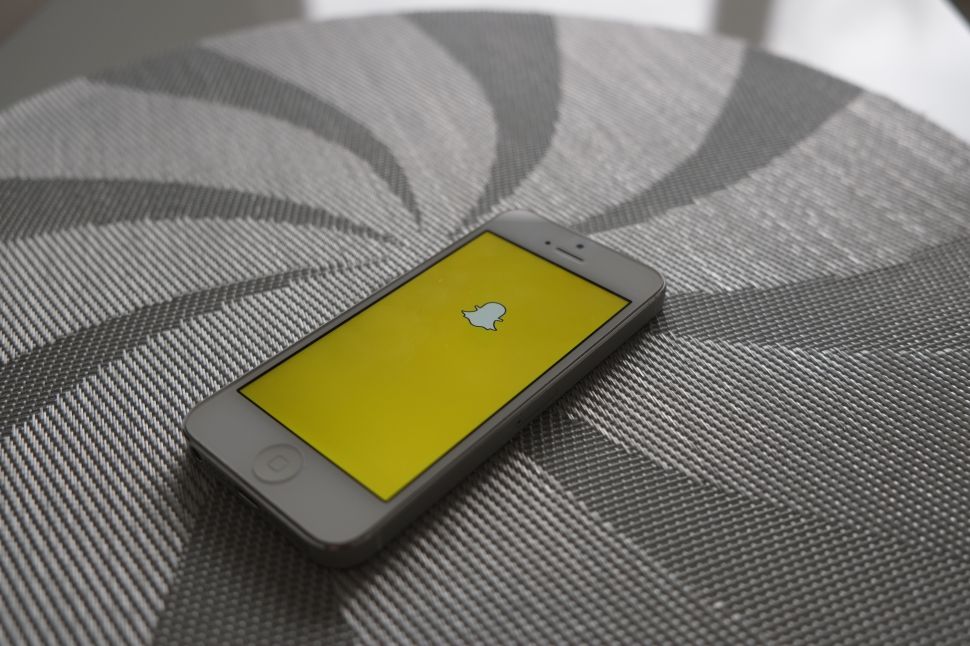