There are instances in which a person’s new home doesn’t suggest very accurately the scale or class of his old one. A recent high-jackpot lottery winner, for example, is likely to spring, first thing, for new digs that put his old, humble ones to deep shame. And a pauper who comes unexpectedly into a grand inheritance, likewise, is apt to make radical domestic upgrades post haste. But Jeff Blau, the CEO of Hudson Yards-developer, the Related Companies, does not, by a long shot, fall into either such category.

It’s true, perhaps, that his old apartment does not quite match the splendor of former Coach creative director Reed Krakoff’s one-time mansion on East 70th Street, which he bought last month for $51 million, but that purchase does give some inkling as to the real estate bigwig’s ex co-op. And the three-bedroom pad at 1040 Fifth Avenue, which was last listed for $34.5 million with Emily and Elizabeth Beare, of CORE, just found a buyer, according to the broker’s website. (It’s nice that Mr. Blau is keeping things in the family; Related acquired a 50 percent stake in CORE last October, which just happened to be the same month the brokerage got the listing, held previously by Corcoran.)

Now, about that apartment. Serviced on a high floor of a Candela building by a private elevator, the apartment, which was subjected to a three-year, Architectural Digest-anointed renovation, boasts 26 windows that take in really excellent Park and skyline views. To one side, a central gallery gives, in Candela’s fashion, onto a flow of public spaces–library, dining and living rooms, the latter with original herringbone floors–and to the other, on private quarters both private and expansive. The vibe is bright, light, refined and restrained.

This is not, in other words, the sort of thing one buys right after winning the Power Ball. 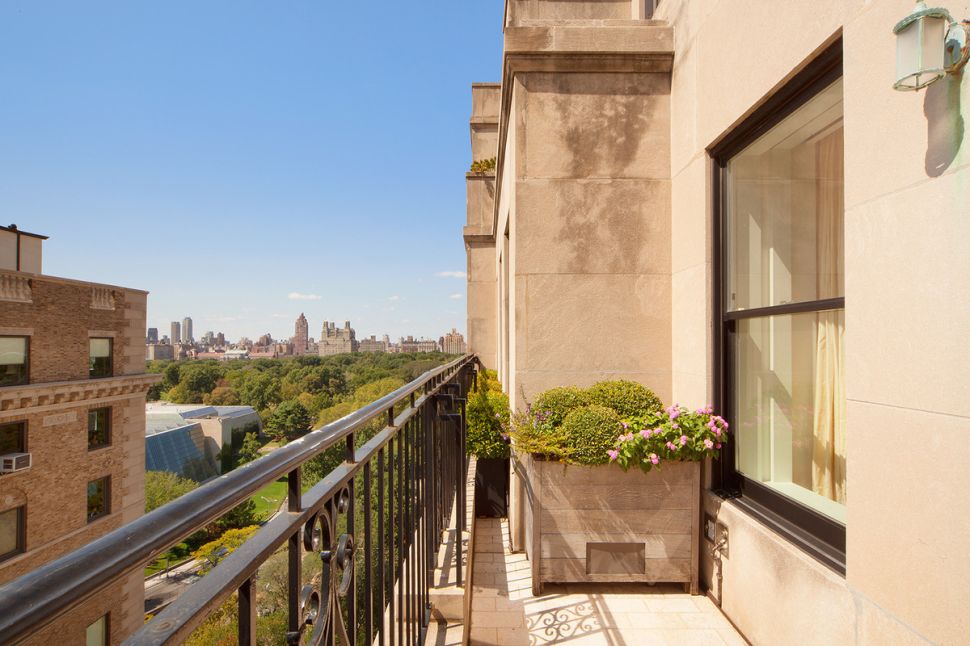