Anyone with passing art world interest knows that the art fair circuit has quickly mutated from two or three leisurely getaways a year to a grueling international trade circus. At the same time, the competition to stage these events continues to heat up. The New York-based Independent Art Fair recently announcing that they’ll open a new event in Brussels next year, despite the fact that the aptly named Art Brussels is already blossoming on the same turf, and meanwhile, round two of New York City’s art weeks (it feels like we just closed our Armory issue) is set to begin soon, so brace yourselves, art lovers.

At least one man seems impervious to fair-related stress: Simon Preston, owner of the eponymous Simon Preston Gallery at 301 Broome Street on the Lower East Side. It’s one of the few galleries daring enough to run booths at both Art Brussels, which runs April 25 through 27, and at Frieze New York, May 14 through 17.

He spoke with the Observer about the intricacies of art fairs (and some savvy European shopping strategies).

Observer: Have you ever done these two fairs back-to-back before?

SP: Never. This will be our first time at Art Brussels and our fourth at Frieze.

You’ve been open since 2008. Now that you’re an established gallery, how many fairs do you do a year?

We do four to six fairs a year which seems like a manageable number right now.

You’re a small space with only yourself and a director listed on your website. Do you think you’ll lose your mind doing these fairs back-to-back?

Believe it or not, we’ve had it worse (laughs). Being in our hometown for Frieze helps with logistics, and the trip to Art Brussels is mollified by the fact that it’s sandwiched between separate exhibitions of two of our artists at European institutions. Amie Siegel at the MAK (Austrian Museum of Applied Arts) in Vienna and John Gerrard at the Kunsthalle Darmstadt in Germany.

We have a part time staff that really kicks in during fair time, but we’re also about to hire another full-time person, as we seem to have stretched beyond our current capacity.

I assume there are lots of factors involved when thinking about what fair to do and what are to bring. Can you name some of them?

Yes, each fair creates different opportunities. At Frieze for instance, we will be getting a main booth (the largest size available) in order to show off a broad range of our gallery’s artists like Josh Tonsfeldt, Michelle Lopez, Caragh Thuring, and others. People coming to Frieze are familiar with our program, and it gives us a chance to further forge relationships with our collectors that come into town from all over the world.

Conversely, Art Brussels is a calculated venture with artists who already have some momentum in an area. There’s a very sophisticated collector base in Brussels, and it seemed like a great place to meet new people and further our relationships with Belgian collectors that we’ve met, either in the gallery or during other fairs, particularly Art Basel in Hong Kong.

Interestingly we found they had travelled to Hong Kong to get better access to works and move up the pecking order with certain galleries. It’s very ambitious (laughs). 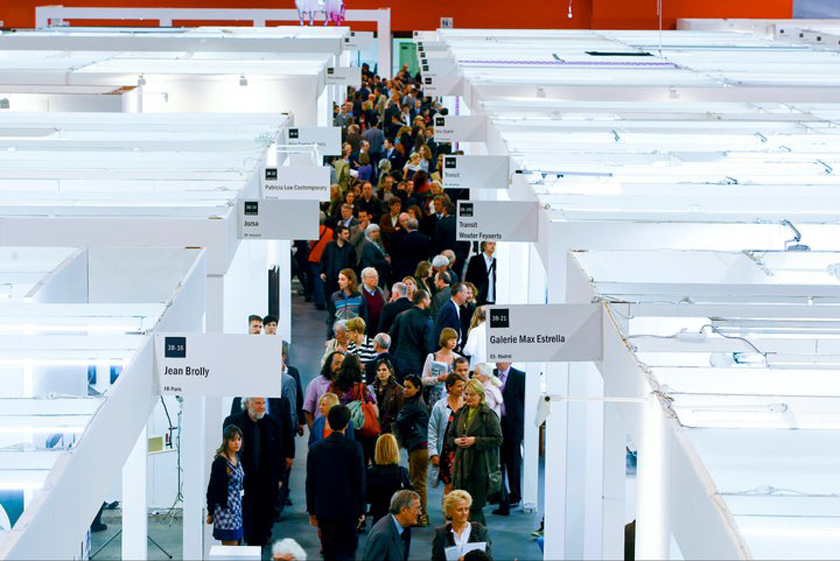