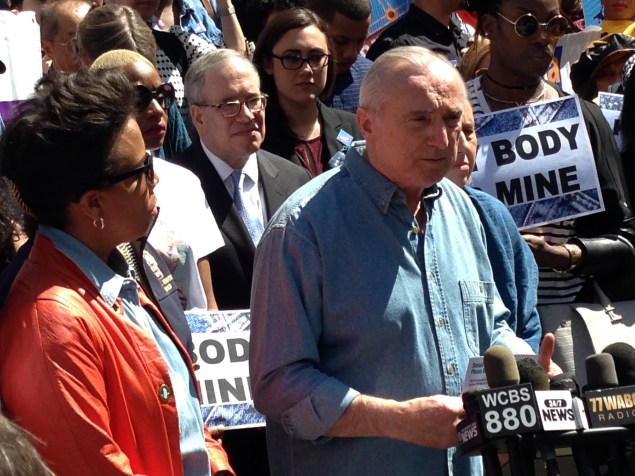 Famously dapper NYPD Commissioner Bill Bratton donned a blue cotton work shirt and joined a host of politicians and activists outside City Hall for anti-sexual assault Denim Day—and stressed that his police need the support of the public to combat the crime.

Flanked by the event’s organizers, Brooklyn Councilwoman Laurie Cumbo and Manhattan Borough President Gale Brewer, Mr. Bratton highlighted that sexual assault statistics had gone down with the massive slide in all crime since his first stint as the city’s top cop under former Mayor Rudolph Giuliani. But he noted that many people do not call the NYPD when they or somebody they know has been assaulted.

“The NYPD takes this type of crime very, very seriously,” he said noting he was joined by detectives from the department’s Special Victims Unit. “Investigating and apprehending those who commit it is also as important as well as effective. We are committed to working with the larger community to address all these various types of crime.”

He emphasized the “absolute of urgency” of getting information directly to police after a sexual assault occurs.

He highlighted that his officers had distributed 50,000 cards in multiple languages about the problem in the month of April, which is Sexual Assault Awareness Month. Mr. Bratton pledged to work with the Council—whose dominant Progressive Caucus he has often been at odds with—and top officials to fighting sexual crimes.

“We are committed to ensuring that we work with all the, that we collaborate with all the victims, with those who seek to work with us, the advocates, certainly, the City Council, the other leadership in this city,” he said. “We are all committed to this issue.”

Denim Day commemorates a 1998 Italian Supreme Court decision that overturned a rape conviction because the purported victim wore tight jeans, which the court reasoned she must have helped her alleged attacker remove. A decade later, the Italian court overturned that precedent. 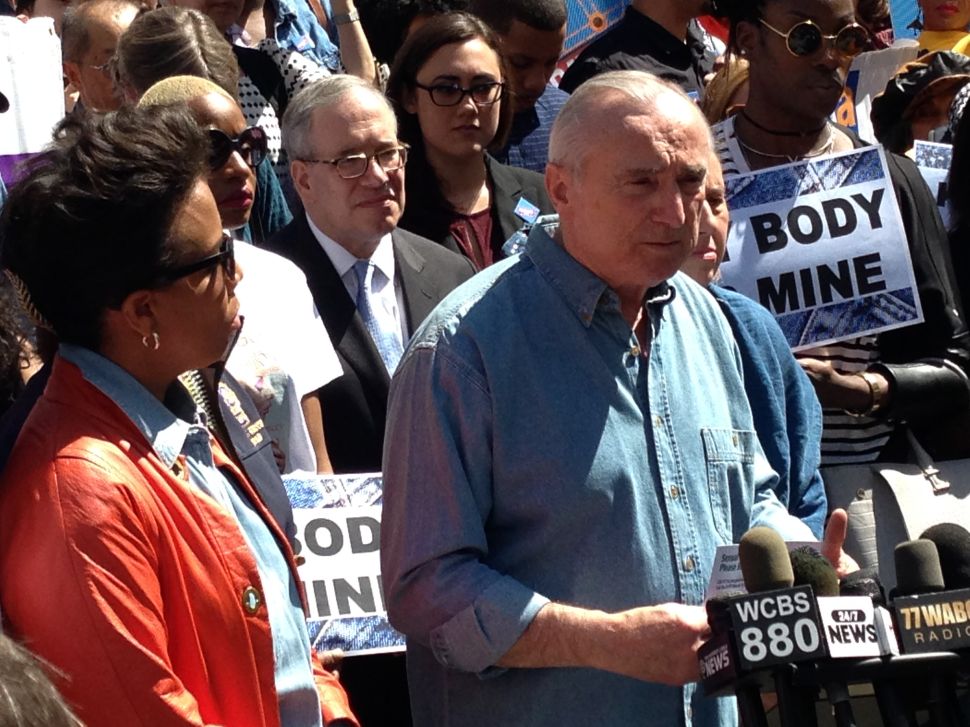