JERSEY CITY – In a radio interview on Wednesday, Jersey City Mayor Steve Fulop appeared to step back from a future political option that made him stand up last week: a potential 2017 run for the Democratic gubernatorial nomination.

During an interview on WNYC’s The Brian Lehrer Show this morning, talk turned to what Fulop would do if he was governor. Fulop was surprised last week when Virginia Governor Terry McAuliffe, appearing at the New Jersey Democratic State Committee’s annual Jefferson Jackson Dinner, asked everybody who told him on the photo op line that they were running for governor to stand up.

Fulop, along with three other prospective candidates present, stood up.

Yet when answering Brian Lehrer in a phone interview, Fulop chose to stand down from what some observers saw as an unintended announcement of a potential 2017 gubernatorial campaign.

“I’m going to make a declaratory statement here on Brian Lehrer and say that the Wall Street Journal is probably misinformed in saying that I’m a candidate at this point,” Fulop said in reference to a recent article. “We’re obviously looking at all options in 2017, but I really do love the job that I’m in, and Jersey City is probably a unique story in the country. If my political career ends as the mayor of Jersey City, I feel like I’ve been able to [make] a difference already.” 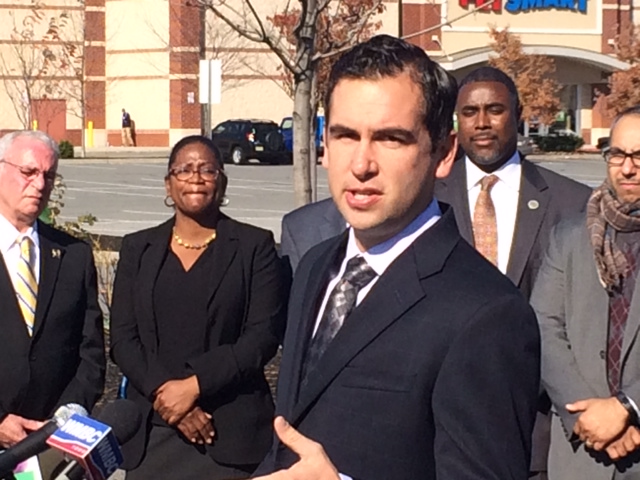