It’s April Fool’s Day, so it’s really just a matter of figuring out which galas you’re going to play hilarious pranks at. We recommend the Kips Bay Boys & Girls Club’s annual President’s Dinner. The organization with 100 years of service to children seems like they’d be down with you getting in touch with your inner child, and host Simon Doonan seems like he’s got a pretty great sense of humor. Cipriani 42nd Street, 110 East 42nd Street, 7 p.m. kipsbaydecoratorshowhouse.org/events, tickets $850-$1,000

Do you miss driving? You will after attending the Gala Preview to the New York International Auto Show, though some part of me strongly suspects that attendees are part of that rare class of Manhattanites who all have garages. The gala will be chaired by Philip L. Yang Jr., Joan P. Young and Christopher LaSusa, and proceeds from the evening will go toward the East Side House Settlement. The Jacob Javits Center, 11th Avenue at 35th Street, cocktails at 6 p.m., dinner at 8:30 p.m., galapreview.org, $200 for cocktails, $1,000 for dinner

Hold onto your hats because the best thing about Britain just made it’s way to America. It is decidedly not the television show The Royals. It’s Prestat – the Royal Chocolatiers to Her Majesty the Queen and the inspiration for Charlie and the Chocolate Factory. They’ll be showcasing their Easter goodies in a tasting at Barnes and Noble locations throughout the city. Stop by to sample their Red Velvet truffles, and Dark Chocolate Sea Salt Caramel Truffles.Barnes and Noble Locations NYC, 12-1PM and 4-5PM, http://www.barnesandnoble.com, Free

Winter is over! Kind of! You don’t need to sleep all day on the weekend because it’s too cold to go outside! As you emerge from hibernation, you can put your pillow to better—or at least untraditional—use at the 10th Annual New York Pillow Fight Day. Hundreds will gather in Washington Square Park to vent their pent-up fury toward the MTA, taxi-cab smells, tourists taking over Fifth Avenue sidewalks and everything else New Yorkers endure all year long. It’s everything you ever dreamed of as an indoor, city child. The only rules are that you take off your glasses beforehand, and that you not swing at anyone who is photographing the event, because nothing ruins a pillow fight like everyone having to scramble to retrieve a lost iPhone. You’ll also want to bring a pillow you don’t mind ruining. Pajamas are welcome, though you might want go with a snazzy set that will look terrific at the after-party hosted by The Wick in Brooklyn.
Washington Square Park, Fifth Avenue and Washington Square, 3-5 p.m., pillowfightday.com, free

There are a lot of holidays, but there is only one that mandates wearing a ridiculous hat with a bird on it while eating eggs made of chocolate. At least, that’s how I celebrate Easter. (Sort of. The part about the bird on my hat is a lie. My bonnet is mostly floral, and I really don’t like Cadbury Cream Eggs, they’re too sweet, so I guess both parts are lies, but I still love Easter.) You’re going to need to get your best chapeau because the first 25 skaters to show up to The Rink at Rockefeller Center wearing a festive hat skate free. They’ll just have to share the ice with a giant bunny rabbit. The rink is only steps away from the Easter Parade that will be on Fifth Avenue at 10 a.m. And, if you’re famished from skating and parade watching, The Rock Center Café will be offering a special Easter prix-fixe menu of spring onion soup, chili-maple bourbon crispy pork belly, egg-white frittata and all the chocolate and jelly beans you can eat. I do not actually know about that last part, for sure, but I do feel extremely optimistic about it.  Rockefeller Center, 45 Rockefeller Plaza, 8:30-10 a.m.,patinagroup.com, free skate rental for the first 25 to arrive bonnet-ed, $27 for adults, $15 for kids under 11

Jennifer Weiner, your mom’s favorite author, will speak about “How to Be Authentic on Social Media” (a thing your mom is maybe just getting into). She has 108,000 Twitter followers, so apparently you can learn a thing or two from her, as well, at this event hosted by Emily Gould. Ace Hotel, 20 West 29th Street, 7:30 p.m. pen.org, $10

Is the new Travel + Leisure different from the old travel and leisure? More travel? More leisure? More working staycations? You can find out tonight at the party to celebrate “The New Travel and Leisure,” hosted by editor Nathan Lump.  Baccarat Hotel, 20 West 53rd Street, 6:30-9 p.m., invitation only 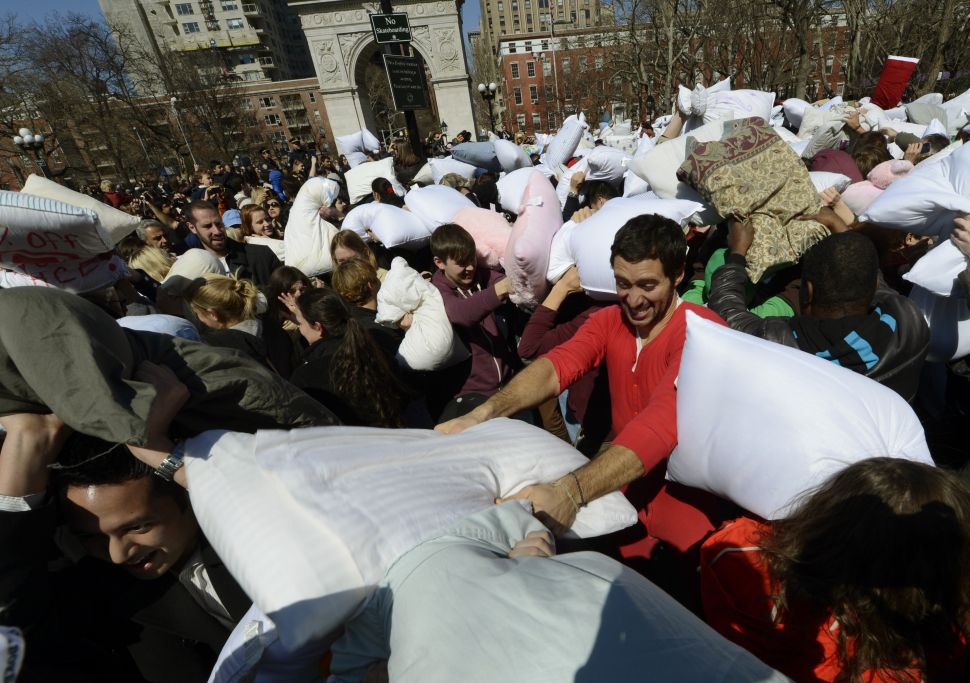