I have never really understood the appeal of Derek Shepherd and Fitzgerald Grant. I feel like they exist mostly to illustrate how completely patient and compassionate their significant others are, with Meredith and Mellie and Olivia grinning through the frustrations of their relationships in order to be the partners they’re expected to be. But last night’s Shondaland was all about the subtle ways in which Derek and Fitz are slowly becoming mature, respectful, supportive husbands. Who saw this coming?! I certainly did not. But it was a welcome change from business as usual for them, and I’d like to think that this is a deliberate act of character development that will make both men a little more bearable for the foreseeable future.

First, on Grey’s, we learn that Derek is back in Seattle for good. Apparently it’s that easy to quit your job working for Obama? Who knows! But he’s back, and Meredith is feeling blessed and everyone else is side-eyeing them, so it’s business as usual, really. After last week, I didn’t really expect this turn of events, because it seemed as though the distance was helping their marriage, and I figured they were going to keep at that.

But this isn’t just the return of plain old Derek Shepherd—this is New Derek, who is Meredith’s perfect husband, Amelia’s obedient brother, and Owen’s wannabe fishing buddy. He handles the adjustment back to work better than anyone else at the hospital imagines, agreeing to perform any tasks his sister assigns. And with a smile on his face! I spent most of the episode waiting for the other shoe to drop and expecting him to finally mess this up, the way he always seems to when it comes to his family and this hospital.

Instead, he finds the runaway elementary school child watching Meredith perform a liver transplant, and when the young girl asks him about Meredith, he turns into a mushy husband, proud of his wife and her accomplishments. He seems to have been humbled by D.C. somehow, and he no longer feels a compulsion to make every success into his personal success. I can’t tell how sustainable this is in the long run — he and Meredith always seem to have something up with them—but he’s making an effort unlike any we’ve seen in quite some time. It’s a start, at the very least.

Moving to Scandal, Mellie’s political career is actually starting to gain some traction, and Elizabeth is helping out by vetting her side of the family. This is not so great for Mellie, because it means she needs to make nice with her half-sister, an excitable blonde Southerner who makes soap and talks about all of the exciting uses for various animal parts. Harmony is not as, shall we say, “sophisticated” as Mellie Grant. This leads to a particularly awkward White House dinner, in which Fitz sits back and watches his wife and sister-in-law tear each other apart. Not the best way to prepare a family for campaigning season.

But thank goodness for Mellie and her ability to put Fitz in his place. She rightfully points out to him later that he is the First Man now, and it’s up to him to be the peacemaker and the calming influence in tense situations. As frustrating and difficult as Mellie can be, she truly is a good First Lady, and he’s learned a lot about how to behave from observing her over the years. Yet when it actually came time to put those lessons into action, he dropped the ball. He fixes it by the end, of course, but not before Mellie schools him on exactly how he messed this one up.

But even though all the credit goes to Mellie this time, for shaming him into action, it was a relief to finally see Fitz listen and do right by one of the women in his life. He doesn’t seem to understand why Olivia won’t speak to him, and he normally doesn’t take the hint from his wife either, but slowly, finally, he’s learning. I wonder if he’s just exhausted from all the terrible presidenting he’s been doing and needs a break to focus on decorative centerpieces and dinner-table small talk. This position change might actually do him some good.

Overall, it’s a relief to see Fitz standing by his wife for a change. And speaking of, I think the Vermont-fantasy days are finally over. Olivia is sleeping with her not-just-a-one-night-stand guy and maybe also sleeping with Jake again? Or, at the very least, she’s sleeping with this new guy and spying on Huck and Quinn with Jake, which I’m sure is their version of foreplay anyway. And this has been in progress for awhile, but at least Fitz isn’t waiting for Liv anymore. He’s starting to put in the work to actually save his marriage, and apparently it’s never too late for that. 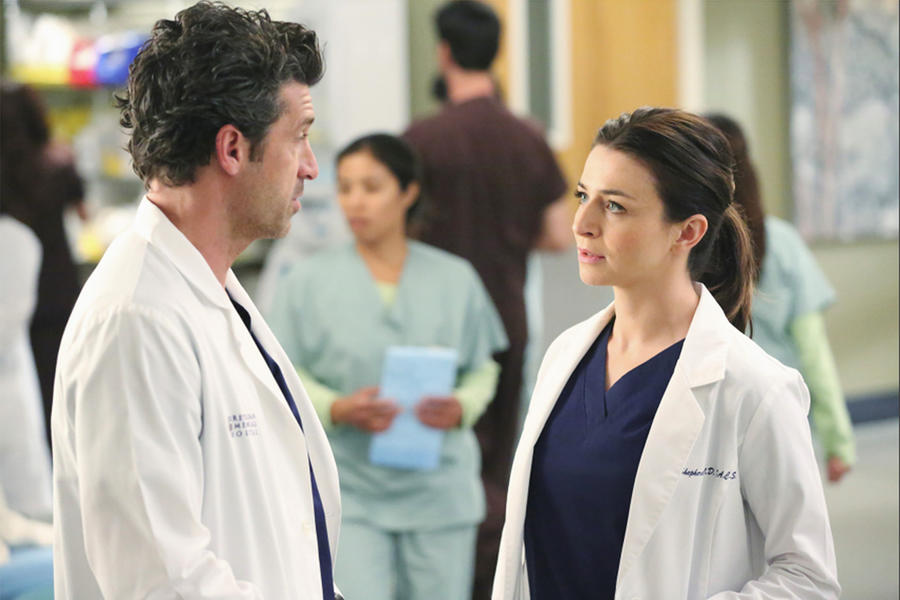