This time two weeks ago, I was G-Chatting with a friend about the previous night’s Scandal episode and how worried we’d been that Jake was going to kill David Rosen:

Friend: I was just so scared that Rosen was going to die

Me: i knew they wouldn’t do that

but it was a good twist!

Friend: I was thinking that they couldn’t kill him off

Me: yeah, neither of them

they can do it with the minor characters

but jake and rosen and everyone else are too key

Friend: I mean, Scandal is one of those shows like 24 that isn’t afraid to do stuff like that

they could do it

but the fans would be maadd

Welp. I guess I owe my friend $5, because from the looks of last night, Scandal just went there. Not by killing off Rosen, but by killing off Jake. And it did so just on the heels of cop cars pulling up to Meredith Grey’s house, ostensibly to tell her that Derek is dead. Then again, it is not uncommon for TV shows and movies to trick the audience into thinking that a key character is dead, only to reveal that character’s survival in a suitably climactic moment. We would not be media literate viewers if we necessarily took both of these deaths at face value.

So: how likely is it that both Derek and Jake are actually dead?

In the case of Derek, I’m going to say “not terribly likely.” This entire season has tested Derek and Meredith’s marital longevity, first by teasing divorce, then by exploring long-distance marriage, then by hinting at an affair, and now by implying death or serious injury. We see all of these events from Meredith’s perspective, and in this particular case, it’s meant to suggest the lingering plane crash trauma from several seasons ago from which she’s yet to recover. Though time has passed, Meredith can’t forget that she lost one of her sisters in that crash and that she feared for her husband’s survival. So when another plane crash rocks Grey Sloan Memorial Hospital, on the same day that her husband was supposed to fly to D.C., it’s perfectly understandable that scars of her trauma would resurface.

That said, I don’t know that I appreciate Grey’s teasing death like this. It’s certainly a possible outcome here — like Scandal, Grey’s isn’t afraid to kill off key characters. But given that this entire season has been about bringing Meredith and Derek to the brink of destruction, only to dial it back and save their relationship in the following episode, it seems likely that this is just an attempt to repeat that motif, only with higher stakes. That’s highly manipulative, and not necessarily in a good way. We know now that Meredith and Derek want to find a way to make their marriage work. We know that they might even be preparing to have another child together. And we know how deeply they love each other and how fiercely they will fight for each other. There isn’t much new knowledge to be gained by seeing how they respond when they think that death is around the corner. If this isn’t going to teach us anything new about Derek, Meredith, and their marriage, I don’t understand the impulse to manipulate the viewers’ emotions so strongly. Why not spend that time actually giving Meredith and Derek the opportunity to, y’know, make their marriage work?! That’s what the show wants to see happen, and it’s what the viewers want, too. Let’s skip over the catastrophes and go back to that basic character building. That is what’s actually needed on Grey’s right now.

As for Jake — I’m sorry, readers, but it looks like he’s actually gone. Olivia needs to be more careful about her not-just-one-night stands, because Russell turned out to be one of Rowan’s agents this whole time. His battle with Jake at the end of last night’s episode leaves Jake lying in the OPA conference room, bleeding everywhere. The previews for next week’s episode have characters referring to Jake in the past tense. So everything is looking as though he is really, truly dead.

Or is it? Gladiators on Twitter are circulating what appear to be promo shots from next week’s episode, in which Olivia is caring for Jake’s wounds as he lies in her bed, very much alive. And frankly, faking Jake’s death would be just as characteristic of the show as killing him off would be.

If Jake is alive next week, I will be pretty frustrated with Ms. Rhimes. Olivia has experienced so much trauma this season, and she’s finally over Fitz, as evidenced by her willingness to tell Rosen about his involvement in Operation Remington and B613. She already has one more trauma on the horizon, when she figures out that Russell isn’t the uncomplicated lover that she wants him to be. So does she really need to think that Jake — who, by all accounts, is the one man who is who he says he is and actually wants the best for her — is dead? Of course not. And, I know, there could be much more going on here; we don’t know what’s going on behind the scenes in Scott Foley’s contract negotiations and career trajectory. But from a storytelling perspective, Olivia doesn’t need the trauma of Jake dying, or almost dying.

If either Derek or Jake are killed off next week, I will be sad but impressed. I can’t imagine how hard it is to make the decision to kill off beloved characters, knowing how emotionally invested the fans will be. If they both turn out to be emotionally-manipulative fake-outs, I will be confused and disappointed. Meredith and Olivia don’t need this stress, and neither does the audience. I’d rather we allow them time to deal with recovering from existing trauma, rather than toy with the notion of tossing more trauma onto them, only to put everything back to normal by the season’s end. 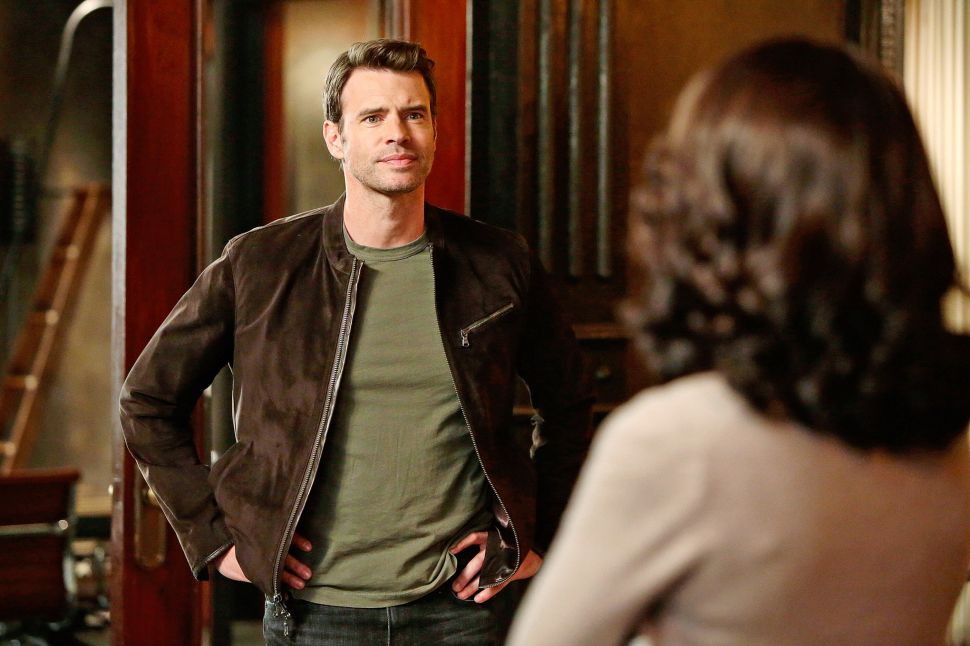