So much for last week’s predictions. I was completely off-base about Jake (he survived!) and Derek (he…didn’t). I started to suspect that this would be the case earlier in the week, when the rumors that Patrick Dempsey was planning to leave Grey’s Anatomy for good started to spread. Still, he and Shonda did a pretty good job of being vague about the timing until yesterday, when copies of Entertainment Weekly were mailed to subscribers a day early. By the time last night’s Shondaland began, attentive viewers already knew what they were in for: the episode in which Meredith would say farewell to McDreamy for good.

Now, as I’ve mentioned before, I was a pretty casual Grey’s viewer until relatively recently. Most of what I know about Derek and Meredith’s history is what I’ve read or gleaned from flashbacks. So my impressions of Derek are probably quite different than the view of him that many longtime fans likely possess. All that said: last night was the most perfect send-off imaginable for McDreamy, and I don’t mean that in a good way.

What I know about Derek is that he is—was—a major jerk. He was constantly trying to one-up his sister. He put his ego ahead of his family over and over again. And he knew, in that pompous way that really brilliant people know how smart they are, what a gifted surgeon he was. So instead of driving to a place with better cell reception in order to call an ambulance, he took it upon himself to save every single person injured in the car accident that he witnessed on the day that everyone back at Grey Sloan Memorial was dealing with the plane crash.

The thing is, he did a damn good job. He saved the hysterical woman and her precocious daughter, the teen girl who had guts spilling out of her abdomen and the young guy with the head injury. But his confidence made him so smarmy and obnoxious about the whole thing. It’s almost like he knew he was about to die, and he wanted to have one more day of being recognized as The Best before he kicked it. So that’s what he did. He savored every moment of agony until the ambulance eventually did arrive (alerted by smoke from a burning car, not by a phone call like a responsible person would make).

It was his arrogance about being The Best that made him not pay attention to his car when he tried to answer his phone. He was so pleased with himself that he put his own life at idiotic risk by sitting in the middle of the road, just waiting for that truck to barrel down and smash into him.

And then, in my favorite (read: most ridiculous and laughable) episode development, we hear Derek’s voice-over thought process as he backseat drives his own surgery! “I’m going to die because these people aren’t properly trained,” he thinks, once he realizes that his doctors aren’t going to give him a head CT. It’s not that he’s wrong for thinking this, because I’m sure everyone in the audience was thinking the exact same thing. (And granted, I am not a doctor, but even I can see how this was some major incompetence—after an injury like he had, why wouldn’t you evaluate his head and brain functioning?) But this is just another opportunity for Derek to feel superior to everyone else in his final, fleeting moments of brain activity. And his superiority is completely misplaced, because his accident was entirely preventable and his own fault for being careless. He doesn’t see it that way, though. He sees himself as a martyr, allowing himself to be a teachable moment for these incompetent doctors who will need to get better and never make a mistake like the one they made with him ever again.

Nothing about Derek’s swan song seemed uncharacteristic of the obnoxious jerk we all know him to be. I wish that he had valued his own safety more, for the sake of his wife and children and sister and friends, not to mention the future patients who will die without him, because, yes, he was that good. But at least now the drama of will-they-or-won’t-they-stay-together is off Meredith’s plate, and she can start to move on and have her own life. I will be very interested to see where Shonda decides to take her and her journey next season.

I couldn’t really deal with Scandal and everything Olivia/Jake/Russell/Rowan-related after processing the mess of Grey’s. I will say that I am continually impressed by this “Mellie for senator” storyline, and the whole ethical dilemma of a sitting First Lady running for office is endlessly fascinating. In all of the TV shows that have been produced about politics and the government, has this come up before? I don’t think I’ve ever seen anyone address it, and Scandal is rightfully proud of itself for exploring this material first. Abby and Rosen’s phone conversation, in which Rosen admits that the reason why it’s not illegal for a First Lady to run for office is because of the misogynistic assumption that no woman would ever do such a thing, is basically a wink-wink-nudge-nudge moment from Shonda, in which she forces you to think of another fictional first lady who is as badass as Mellie Grant, knowing that you will come up short. I know we’re supposed to be tuning into Scandal to see what’s going to happen next in this B613 insanity, but really I’m just getting swept up in Mellie’s ambition and I’m really looking forward to seeing where this story goes in the season’s remaining episodes. 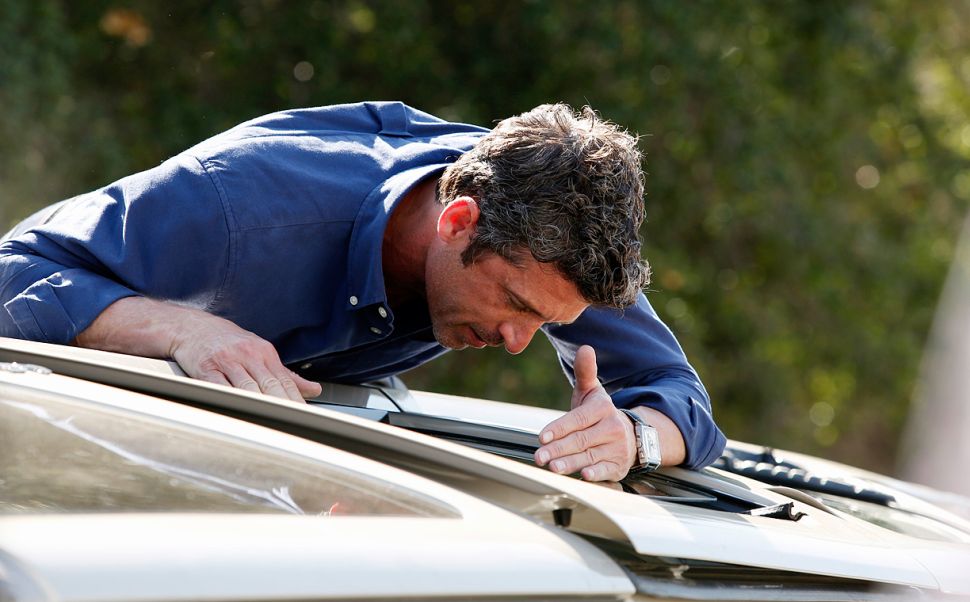